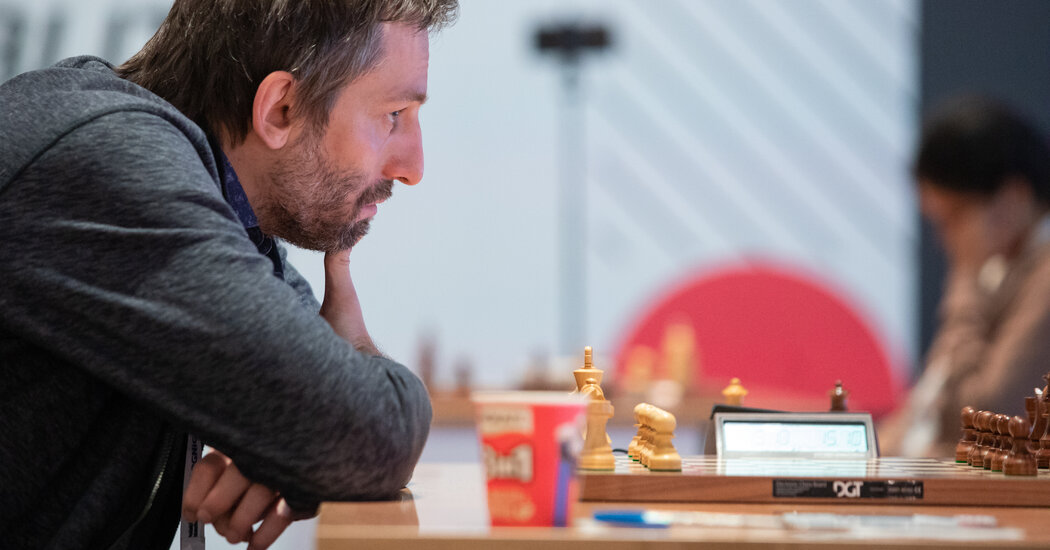 It was a routine question from an interviewer at the FIDE Grand Prix 2022 in Belgrade, Serbia: How long does it take you to unwind after a chess game? But Alexander Grischuk, a Russian grandmaster who is one of the highest-ranked chess players in the world, ignored the softball.

Instead, Mr. Grischuk condemned his country’s attack on Ukraine, calling it “extremely painful for me.” As he spoke, he made a point of not using the word “war,” saying it was banned in the Russian media and he wanted to be quoted back home.

“I was, and would, support Russia in 99 percent of international conflicts, but this time I cannot manage to do this,” Mr. Grischuk said. “In my view, what we are doing is very wrong, from both moral view and practical view.”

Mr. Grischuk’s comments were emblematic of a sudden and jarring shift in the international chess scene, which has been moving swiftly to cut ties with Russia, where the game remains a popular source of national pride on par with ballet and hockey.

Just as the arts, sports and business worlds have moved to rebuke Russia, so, too, has chess, which is confronting questions over how far it should go to distance itself from a country with deep cultural and historical connections to the game.

Over the last several days, the International Chess Federation, the game’s global governing body, has criticized the war, cut ties with Belarusian and Russian sanctioned or state-controlled companies, and canceled events in Russia and Belarus, including the 44th Chess Olympiad, which was scheduled to begin in Moscow in July.

The federation, known as FIDE, also forbade Russian and Belarusian players from flying their countries’ flags at events and referred two Russian grandmasters who have supported the war, Sergey Karjakin and Sergei Shipov, to an internal disciplinary commission that could disqualify them from tournaments.

And FIDE moved to strip one of the world’s famous chess players, the Russian grandmaster and former world champion Anatoly Karpov, of his title of FIDE Ambassador for Life.

As a member of the Duma, or Russian Parliament, Mr. Karpov supported President Vladimir V. Putin’s decision to recognize the independence of two separatist regions in Ukraine, which set the stage for Russia’s assault, FIDE officials said.

The moves surprised many because FIDE’s president, Arkady Dvorkovich, is a former Russian deputy prime minister believed to have close ties to the Kremlin.

But Emil Sutovsky, FIDE’s director general, said the organization had a responsibility to protect chess as a “global game.”

“The message is very clear: Russia as a state has to suffer consequences,” said Mr. Sutovsky, an Israeli grandmaster who was born in Azerbaijan when it was part of the Soviet Union.

Many Russian players have forcefully denounced their country’s invasion, despite Russia’s crackdown on dissent.

On Thursday, more than 30 prominent Russian chess masters signed an open letter on a Russian sports website calling on Mr. Putin to end to the war and reminding him that they have played dozens of matches and hundreds of games with the Ukrainian chess team, the reigning European champions.

“Chess teaches responsibility for one’s actions; every step counts, and a mistake can lead to a fatal point of no return,” the letter states. “And if this has always been about sports, now people’s lives, basic rights and freedoms, human dignity and the present and future of our countries are at stake.”

Chess has a long and storied history in Russia and the Soviet Union, where the game was not just a national pastime but a strategic, state-sponsored endeavor embraced as a source of national prestige, said Maxim D. Shrayer, a professor of Russian, English and Jewish Studies at Boston College.

Lenin and Trotsky were serious players, as was Nikolai Krylenko, Lenin’s supreme commander of the Soviet Army, who saw chess as “a scientific weapon in the battle on the cultural front,” according to “The Immortal Game: A History of Chess,” by David Shenk.

In the 1984-1985 competition, no winner was declared following the fight between the defending champion, Mr. Karpov, and the contender Garry Kasparov, who would win the next FIDE world chess championship and later emerge as a fierce Putin critic, Professor Shrayer said.

A Ukrainian city falls. Russian troops gained control of Kherson, the first city to be overcome during the war. The overtaking of Kherson is significant as it allows the Russians to control more of Ukraine’s southern coastline and to push west toward the city of Odessa.

He noted that Soviet players ruled during a period when Soviet troops brutally crushed an uprising in Hungary in 1956 and invaded Czechoslovakia in 1968 during a season of political and cultural rebirth known as the Prague Spring.

“Throughout some of the worst periods of the Cold War, the Soviet Union remains victorious at chess, and you don’t see this kind of movement that we see now,” Professor Shrayer said.

“This is a new development in how the international chess community is reacting to the national origins of the chess players from the Russian Federation and Belarus, and linking them with the Russian leader, Putin, and the whole military machine,” he said.

He suggested that the decisions were “a delayed reaction to the status of Soviet chess during the Cold War.”

“It’s a story that is riddled with political tensions with Cold War politics,” he said. “I think part of it is the ghosts of the Cold War are now fighting their final duel.”

It’s not only grandmasters that have been drawn into the conflict. Millions of everyday players who compete online have flooded chess sites with comments opposing the war and have debated whether Russian players themselves should be shunned.

Chess.com, one of the most popular sites, denounced the invasion, although it said it would not restrict Russian or Belarusian players from tournaments or forbid them from using their countries’ flags, calling it a “personal and complex choice.”

Andrii Baryshpolets, 31, a Ukrainian-born grandmaster who lives in Los Angeles, said he does not believe Russian chess players should be rejected because many do not support the war and others may not be able to freely express their views.

But he said FIDE’s president, Mr. Dvorkovich, should resign to protect chess from financial and reputational ruin and to fully separate it from the Russian military assault.

“Chess is not related to war,” he said. “Let’s stop the war and let’s play chess.” 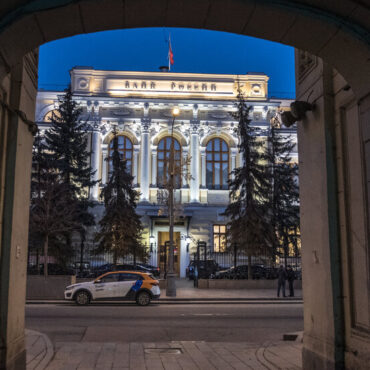 Russia Tried to Isolate Itself, but Financial Ties Called Its Bluff

The United States, Europe and its allies are not launching missiles or sending troops to push back against Russia’s invasion of Ukraine, so they have weaponized the most powerful nonmilitary tool they have available: the global financial system.Over the past few days, they have frozen hundreds of billions of dollars of Russian assets that are held by their own financial institutions, removed Russian banks from SWIFT, the messaging system that […]