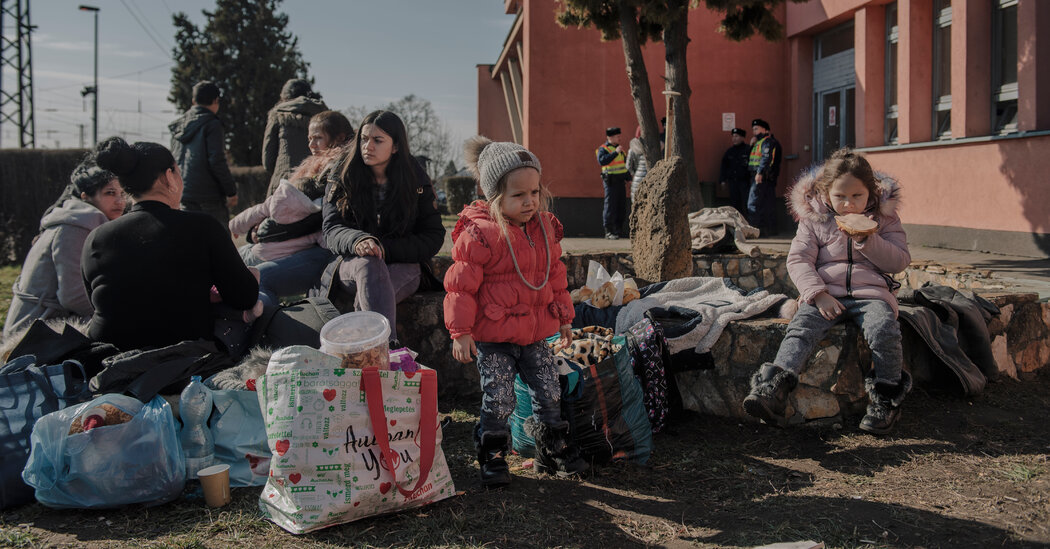 ZAHONY, Hungary — A dusty border town with a train station in northeastern Hungary, near the border with Slovakia and Ukraine, has become a transit point for people fleeing Russia’s war against Ukraine. It also has thrown a wrench into the political calculations of Prime Minister Viktor Orban, Hungary’s illiberal, Russia-friendly, anti-immigrant strongman.

Nearly 80,000 people have crossed into Hungary, at Zahony and other towns along the 84-mile border with Ukraine, since President Vladimir V. Putin of Russia ordered his forces into Ukraine last Thursday in the biggest military action to convulse Europe since World War II.

In other circumstances, Mr. Orban’s hard-line refugee policy would have made it impossible for so many people entering the country to get international protection.

But Russia’s growing isolation and the enormous outcry against its invasion of Ukraine have forced Mr. Orban onto a political tightrope. Just a few weeks before Russia invaded, Mr. Orban visited Mr. Putin in Moscow for an amiable meeting, describing Russia’s security demands as reasonable and denouncing Western sanctions as counterproductive.

Now, Mr. Orban is treading a fine line in trying not to antagonize his friend Mr. Putin, anger Hungary’s partners in the NATO alliance and the European Union, or alienate voters just as an election is approaching.

On Thursday, Mr. Orban said that Hungary and its allies condemned Russia’s “military action” but that Hungary would send no military aid to Ukraine. Later that day, he decreed that those entering Hungary from Ukraine were to be given temporary protection.

Following a NATO summit on Friday, he said Hungary would not allow itself to be dragged into the war. And by Saturday, fighting off accusations that his government had objected to some European Union steps to penalize Russia, Mr. Orban’s spokesman proudly announced the prime minister’s message to the world: “Hungary will support all sanctions against Russia.”

In an interview on Sunday, the prime minister said Hungary’s policy avoids urgency and haste. He called it “strategic calmness.”

But political analysts say the war in Ukraine, and shifting voter preferences so close to Hungary’s national elections in early April, are problematic for Mr. Orban, prime minister since 2010.

“He knows this could be a danger for his re-election campaign,” said Balint Ruff, a Hungarian political strategist. Mr. Orban’s recent statements, Mr. Ruff said, represented “a 180-degree turn from everything he has stood for over the past 12 years in our relationship with Russia and asylum policy.”

Polls suggest his party has a slight lead over a six-party opposition alliance.

“The Orban regime wants to solve this situation by sending all possible messages to everyone, from the hard-core pro-Atlanticists to the hard-core Russia supporters,” said Peter Kreko, director of Political Capital, a research organization in Budapest. “Everyone can cherry-pick a narrative.”

Mr. Kreko said the government had engaged in “double talk” by saying it supports Ukraine and condemns Russia, while “Kremlin-friendly conspiracy theories are being promoted in the mainstream government-aligned media.”

While Mr. Orban appeared to have softened his anti-immigrant position over the past few days, his government is not bending over backward to help evacuees from Ukraine fleeing to Hungary for protection. Most of the aid given to them has been organized by charities and nongovernmental groups.

While he welcomed Mr. Orban’s change of heart, Mr. Lederer said, “people fleeing are not provided with any information or assistance.” He criticized the prime minister as having destroyed Hungary’s asylum system after Europe’s 2015 refugee crisis.

In Zahony, workers with the Hungarian Reformed Church’s aid organization have set up shop inside the train station. An aid worker said about 80 percent of those who arrived knew their next destination and were on their way within hours.

On Saturday morning, about 300 people huddled in small groups, struggling to figure out their next move. Exhausted adults rested on benches as children ran around and played games.

“We give them food, drink and information,” the aid worker said. “I help people find routes and try to convince them to move on.”

Emmanuel Nwulu, a 30-year-old Nigerian student at Kharkiv National University of Radio Electronics, had lived in Ukraine for only seven months when the bombing started.

He said his landlord had been adamant that the war would not reach Kharkiv, and the Nigerian Embassy was not evacuating Nigerian students. He spent Wednesday night underground in a Kharkiv subway station.

On Thursday, as the bombing of Kharkiv was underway, Mr. Nwulu and his cousin returned to their apartment, just as a large explosion boomed 50 feet away.

“That last bomb was too much,” he said. “I was running for my life.”

They grabbed their phones, laptops and documents, he recalled, and bolted for the Kharkiv train station as bombs dropped around them.

The station was chaotic, packed with thousands of people, crying children and panicky adults. Mr. Nwulu and his cousin said officials had told them that “Blacks could not board the train.”

“We said, ‘No, we must!’” Mr. Nwulu recalled yelling, as they managed to force their way aboard.

Two days later, a train crammed with exhausted passengers pulled into Uzhhorod, Ukraine, near the Slovakian border not far from Hungary.

On Saturday night, Mr. Nwulu and travel companions tried to cross the border into Slovakia, but the line was packed with women and children. After waiting seven hours, they turned back. “They were taking the white children and women,” Mr. Nwulu said.

He said a “good Samaritan” let them sleep in a school. In total, about 20 Africans spent the night there. On Sunday morning, they crossed into Zahony.

Mr. Nwulu said he had worried about his 75-year-old father in Nigeria, whom he had called. “I don’t want him to panic, so I told him I’m fine. I’m OK,” Mr. Nwulu said. “He doesn’t even know what’s going on.”

Still, Mr. Nwulu said, he had no plan for what to do next.

Another evacuee, Katarena Farkas, a 23-year-old from a Ukrainian village about 30 miles east of Zahony, cradled an infant in her arms. She and her sister brought their six children to Hungary on Friday.

“We heard about the war,” Ms. Farkas said, as the children sang nursery songs and chased one other. “We are afraid for the children.”

About 40 miles east of the Zahony train station, at the border crossing in Beregsurany, Hungary, cars with a range of European license plates were parked, as drivers awaited friends and relatives fleeing Ukraine.

But one vehicle, a dusty blue Renault van with German plates, had broken down. Its occupants, three young Ukrainian men who worked at construction jobs in Germany, had driven across Europe to pick up their wives and children at the border.

The women had taken a taxi to the border from Chernivtsi, Ukraine, a city about 285 miles away. They walked across the border with two babies, 9-month-old Solomia and 1-year-old Eva, into the arms of their husbands.

“It was very touching,” one of the women, Nadia Kerdei, said. “We missed them very much.”

The couples did not seem especially worried that the van had broken. Mrs. Kerdei said her brother, who lives in Hamburg, was already on the road to come help. 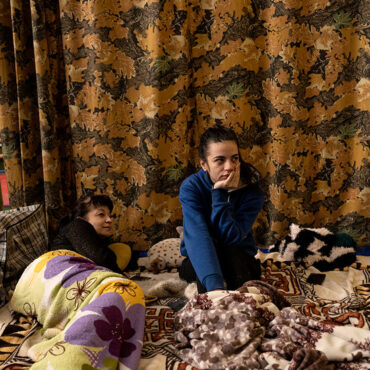 Good morning. We’re covering diplomacy and posturing in Ukraine, research into the pandemic’s origins and another North Korean missile test.Ukraine agrees to Russian talksPresident Volodymyr Zelensky of Ukraine agreed to talks with Russia “without preconditions” on the Belarusian border. Just before the announcement, President Vladimir Putin issued a new threat to the West, telling the Russian military to put its nuclear forces on alert.Western powers are uniting around Ukraine. The […] 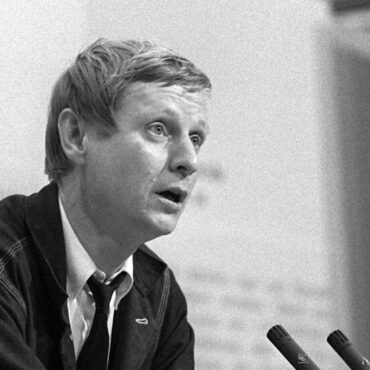