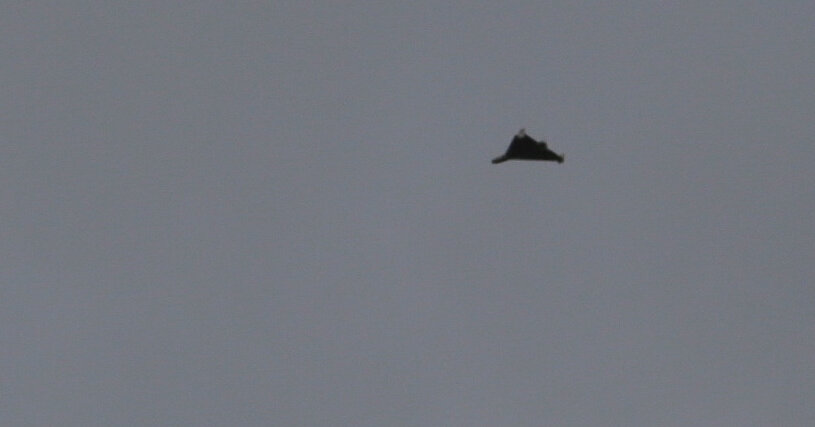 KYIV, Ukraine — Multiple drone strikes hit a building in the center of the southern port city of Odesa on Sunday, the second day in a row that unmanned aerial vehicles have struck there, the Ukrainian military said.

The flurry of drone attacks comes as Ukrainian officials warn of a new menace in the skies: “kamikaze” drones supplied to Russia by Iran, so named because they explode on impact, carrying a warhead of about 80 pounds. In Odesa, an attack by an Iranian-made drone on Saturday killed one person, officials said, while throughout the weekend drones buzzed above the city, antiaircraft guns boomed and videos of frightened residents staring up at the sky circulating on social media.

President Volodymyr Zelensky of Ukraine said on Friday that seven Iranian-made drones had been shot down in recent days over cities from the eastern front to the southern coast.

On Sunday, in Odesa, the Ukrainian military southern command said “the enemy hit the administrative building in the center of the city three times,” adding that a fourth drone had been shot down. There were no immediate reports of casualties, the military said.

Russian military bloggers said the building was the headquarters for the Ukrainian military southern command, a claim that could not be immediately verified.

As Moscow finds itself isolated internationally, and as its arsenal has been depleted during its monthslong campaign in Ukraine, it has turned for military support to countries including Iran, which has quietly ramped up its drone sales to Russia. Iran’s powerful drones are not previously believed to have been deployed outside the Middle East.

As the threat posed by Iranian-made drones grows, Mr. Zelensky on Saturday revoked the accreditation of the Iranian ambassador to Ukraine and significantly reduced the number of diplomatic personnel of the Iranian Embassy. In an interview with France’s TV5Monde, Mr. Zelensky expressed disappointment that Israel, which has deep insight into Iranian capabilities, had not done more to assist Ukraine in securing its airspace.

“I don’t know what happened to the state of Israel,” Mr. Zelensky said. “I’m in shock. I don’t understand why they couldn’t send us air defense.”

But a senior Ukrainian official, speaking on condition of anonymity to discuss sensitive information, said that Israeli intelligence officials were providing their Ukrainian counterparts with information about Iranian drones.

Drones play an increasingly important role in the Ukraine war, both for surveillance and for launching munitions. The United States has supplied Ukraine with American-made Switchblade drones, and an attack on Russia’s Black Sea Fleet headquarters in August involved a drone. Ukraine has also deployed Turkish-made Bayraktar TB2 drones, which fire guided missiles. 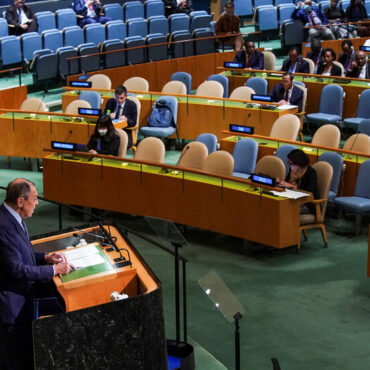 In a U.N. speech, Russia’s foreign minister says ‘the future of the world order’ is at stake.

Russia’s foreign minister, Sergey V. Lavrov, used his speech at the United Nations General Assembly on Saturday to lash out at the United States and its Western allies and divert attention from recent developments in the war in Ukraine.He laid out Russia’s case for invading Ukraine, flipping the narrative of the war and repeating what the Kremlin has said before: that his country was left with “no choice” seven months […]