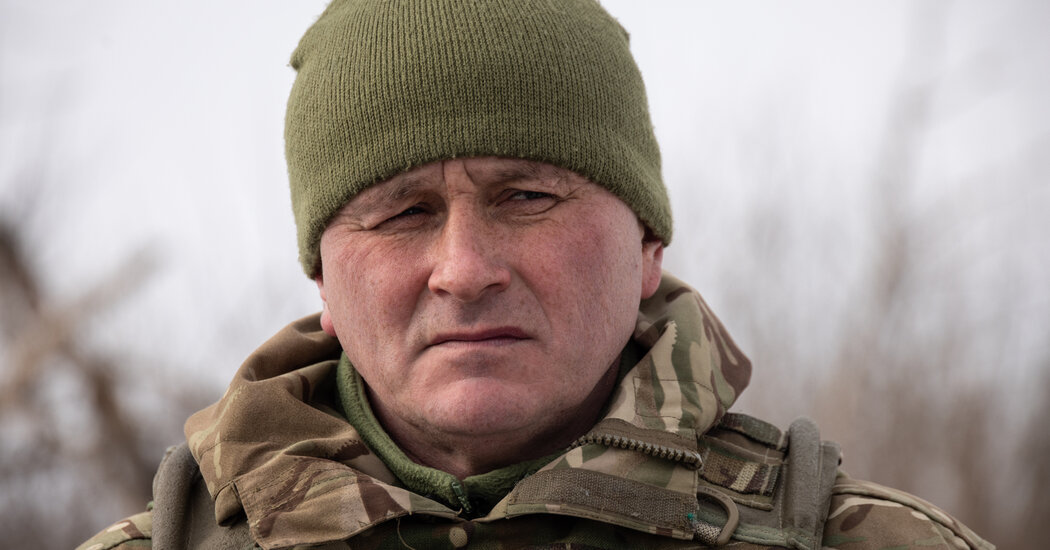 The Ukrainian government insists that independent armed groups have no part in its war in the east, and that these fighters don’t exist there. But New York Times journalists recently contacted three paramilitary groups that claim to operate near the front line of the conflict. One allowed us to film them this month.

We followed Ruslan Postovoit and Yuriy Ulshin, who first took up arms in 2014 as part of the nationalist volunteer movement that was formed during the protests in Kyiv’s Maidan Square.

Now, they are preparing for a possible larger war with Russia and commanding a unit of about a dozen paramilitary fighters.

“If a full-scale war breaks out tomorrow in Ukraine, there will be tens if not hundreds of thousands of volunteers, just like me,” said Mr. Postovoit, who goes by the call name “Pauk” or “Spider.”

By 2015, the government said it had mostly disarmed all volunteer battalions and integrated the fighters into the official armed forces.

“There are no volunteers outside of structured battalions right now in Ukraine,” said Serhiy Sobko, chief of staff of the Territorial Defense Force of the Armed Forces of Ukraine. “I don’t have personal evidence of the existence of these unofficial groups,” he added.

On the ground hundreds of miles from Kyiv, the presence of paramilitary units is an open secret. Local commanders say they see them as an asset to help regular soldiers. And Ukraine’s chief commander of the armed forces, Valeriy Zaluzhnny, shared a photo on Facebook posing with Mr. Ulshin and other volunteer fighters.

Mr. Ulshin and Mr. Postovoit said they grew frustrated with the military chain of command and orders not to fight. Today, they say, they fight on their own terms, but that they collaborate and coordinate with local military commanders on missions like drone reconnaissance.

Mr. Ulshin and Mr. Postovoit led The Times to a local military command post near the front line town of Vodiane, and it was evident that the two groups had a rapport.

Paramilitary units can receive weapons and supplies through crowdsourcing and a network of volunteers, including Ukrainians abroad.

“You have the official armed forces, and you have the volunteer world, operating parallel to what the government does,” said Jonas Ohman, a Lithuania-based financier who supplies drones and anti-drone jammers to fighters like Mr. Ulshin and Mr. Postovoit.

“We told them, if you want to kill the enemy, tell us what you need and we will get it for you,” Mr. Ohman said, referring to the moment he began financing Ukraine’s volunteer fighters, in 2014.

Military experts and paramilitary members and suppliers say there are dozens, if not hundreds, of fighters like Mr. Ulshin and Mr. Postovoit operating near front lines in the Donbas region.

The role paramilitary fighters will play in any conflict with Russia is uncertain. Politically, the groups present a liability. But Mr. Ulshin and Mr. Postovoit say their fighters want to continue defending their country.

“It’s simple,” Mr. Postovoit said. “This is our land. Do you understand? We don’t have anywhere to go but onward.” 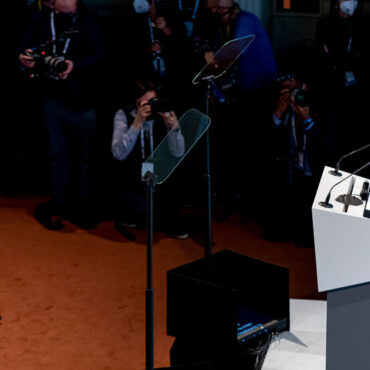 MUNICH — Vice President Kamala Harris told the Munich Security Conference on Saturday that the Western alliance faced a “defining moment” in the Ukraine crisis and warned Russia’s leaders that if they invaded Ukraine, the United States and its allies would target not only financial institutions and technology exports to Russia, but also “those who are complicit and those who aid and direct this unprovoked invasion.”The speech was the first […]