Ukrainians Far From Home Struggle to Protect Family With Dementia 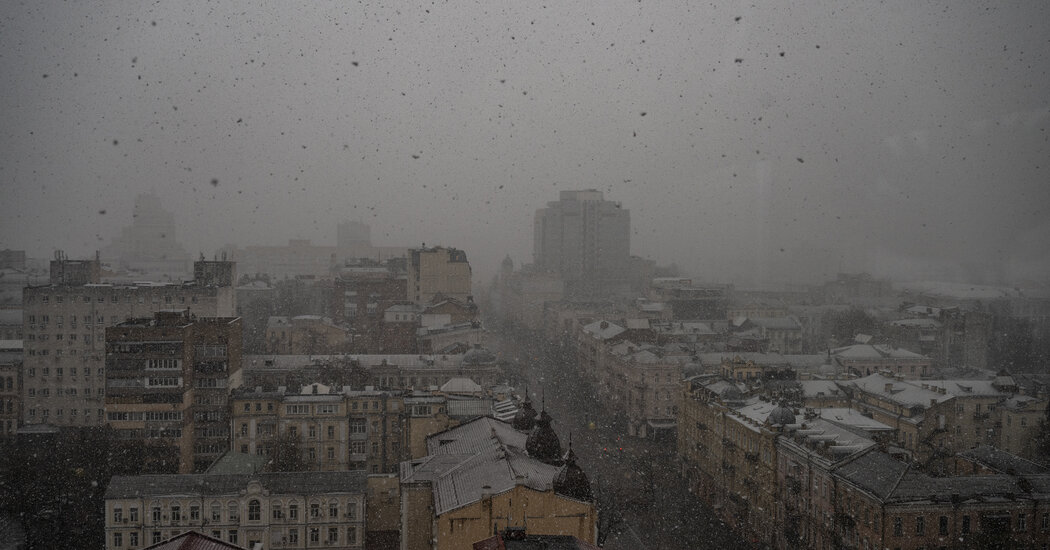 Every morning, Olga Boichak’s grandmother wakes up at her home in western Ukraine, turns on the television and discovers anew that her country is at war.

Panicked and flashing back to childhood memories of bombings during World War II, she starts packing to evacuate, her granddaughter said. Her husband of six decades hides the house keys and reassures her everything will be all right, and that their home is the safest place for them.

Before long, the war, the fear and the reassurance will dissipate into the fog of dementia — as have all new memories in recent years. Until the next morning, or the next air raid siren, when the reality of the invasion that has subsumed Ukraine for more than 50 days will find her once more.

“She’s going through the daily trauma of rediscovering that war has begun, and keeps trying to evacuate,” Dr. Boichak, who is based in Sydney and speaks to her grandparents and her aunt, a health care worker who looks after them, weekly over video chat. She declined to give her grandparents’ names or their exact location in relatively safe western Ukraine out of concern for their safety.

In nearly two months of war, many Ukrainians who are young and able-bodied have left the country or taken up arms. Many who are elderly, infirm or disabled have stayed behind, unable to make the journey or unwilling to leave the surroundings set up for their needs.

Dementia in particular is a “hidden” disability that can result in patients being left out of humanitarian assistance or protection from responders, according to Alzheimer’s Disease International, an umbrella organization for groups around the world. Even before Russia’s invasion in February, the war in Ukraine’s eastern separatist regions had disproportionately affected elderly Ukrainians.

For Ms. Boichak’s grandparents, who are in their late 80s, childhood memories of being forced to flee amid Soviet shelling made them all the more attached to their home, and her grandfather is determined to stay despite their children and grandchildren’s pleas, she said. Her grandfather, a retired physician, felt strongly about spending his final years in the home they spent decades rebuilding and where her grandmother, a retired architect, tended to a garden for years growing tomatoes, zucchini and carrots, Dr.. Boichak said.

On day 41 of the war, Dr. Boichak, a sociologist and lecturer who has been researching the role of social media in shaping narratives about war and military violence, beginning with Russia’s 2014 invasion of Crimea, posted her grandparents’ story on Twitter. She described how her grandmother had been caught in a “never-ending loop.”

To her surprise, her tweet appeared to resonate around the world; more than 44,000 people liked the post.

Among the people moved by their story was Liza Vovchenko, who immediately thought of her own grandmother in a Russian-occupied town in the Kherson region of southern Ukraine.

For weeks after the Russian soldiers took control, her 82-year-old grandmother, Rita, kept trying to go on her daily walks to the market in the town center even though the streets were no longer safe. The market had long stopped operating as food became scarce and people ran out of cash.

Her grandmother, a retired teacher who has been showing increasing signs of dementia over the past three years, keeps forgetting about the war and getting angry at the grandson she lives with for not letting her out of the house, Ms. Vovchenko said.

In Mariupol. About 2,000 people were trapped at a large steel factory in Mariupol along with Ukrainian forces that are waging what appears to be the last defense of the city. Russia is seeking to take the city as part of a strategically important “land bridge” to occupied Crimea.

Possible banned weapons. Based on evidence reviewed by The Times, it is likely that Ukrainian troops used cluster munitions in an eastern village that they were attempting to retake from Russian forces. The weapons are banned by many countries for the harm they can cause to civilians.

Russia’s economy. While President Vladimir V. Putin boasted that the Russian economy is holding up under Western sanctions, his central bank chief warned that the consequences were only beginning to be felt, and Moscow’s mayor said that 200,000 jobs are at risk in the capital alone.

“Her normal routine was impacted, and people like her really need routine in their lives,” said Ms. Vovchenko, who lives in Paris and speaks on the phone with her grandmother and the cousin who lives with her. Without her daily walks and conversations with friends and neighbors she sees along the way, and without her medication, her grandmother’s condition has been worsening, she said.

The family has tried to keep her from the television, on which all Ukrainian programming has been replaced by a stream of Russian propaganda. She is running out of the pages of Sudoku she enjoys doing.

Particularly painful for the family was having to keep the kitchen, which, like in many Soviet-era homes, is in a stand-alone building, locked. Her grandmother, a skilled cook who loves to bake pies with cherries, apples and plums from her garden, has repeatedly tried to prepare elaborate meals, not realizing the family needed to ration dwindling supplies of food.

Last week, the family ended up evacuating her grandmother from the village where she was born in 1940, as fighting intensified along the eastern front, according to Ms. Vovchenko.

Among her friends and contacts across Ukraine, stories abound of elderly relatives who are disabled or weak urging the young to leave them behind and get themselves to safety, she said.

“To the young people who are able to escape, the older ones would push you to run,” she said. They say: “I will die here because it’s my land. I want to make sure you leave, and can come back and rebuild this country.” 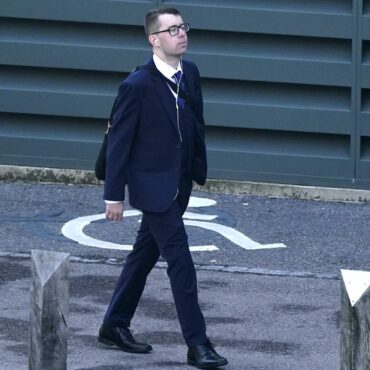 The co-founder of a neo-Nazi terror group intent on “all-out race war” and which “celebrated” the murder of MP Jo Cox has gone on trial accused of being a member of the organisation after it was banned. Alex Davies, 27, is accused of being a member of the proscribed organisation, National Action, by setting up an off-shoot following its ban in December 2016. Barnaby Jameson QC, prosecuting, told Winchester Crown […]