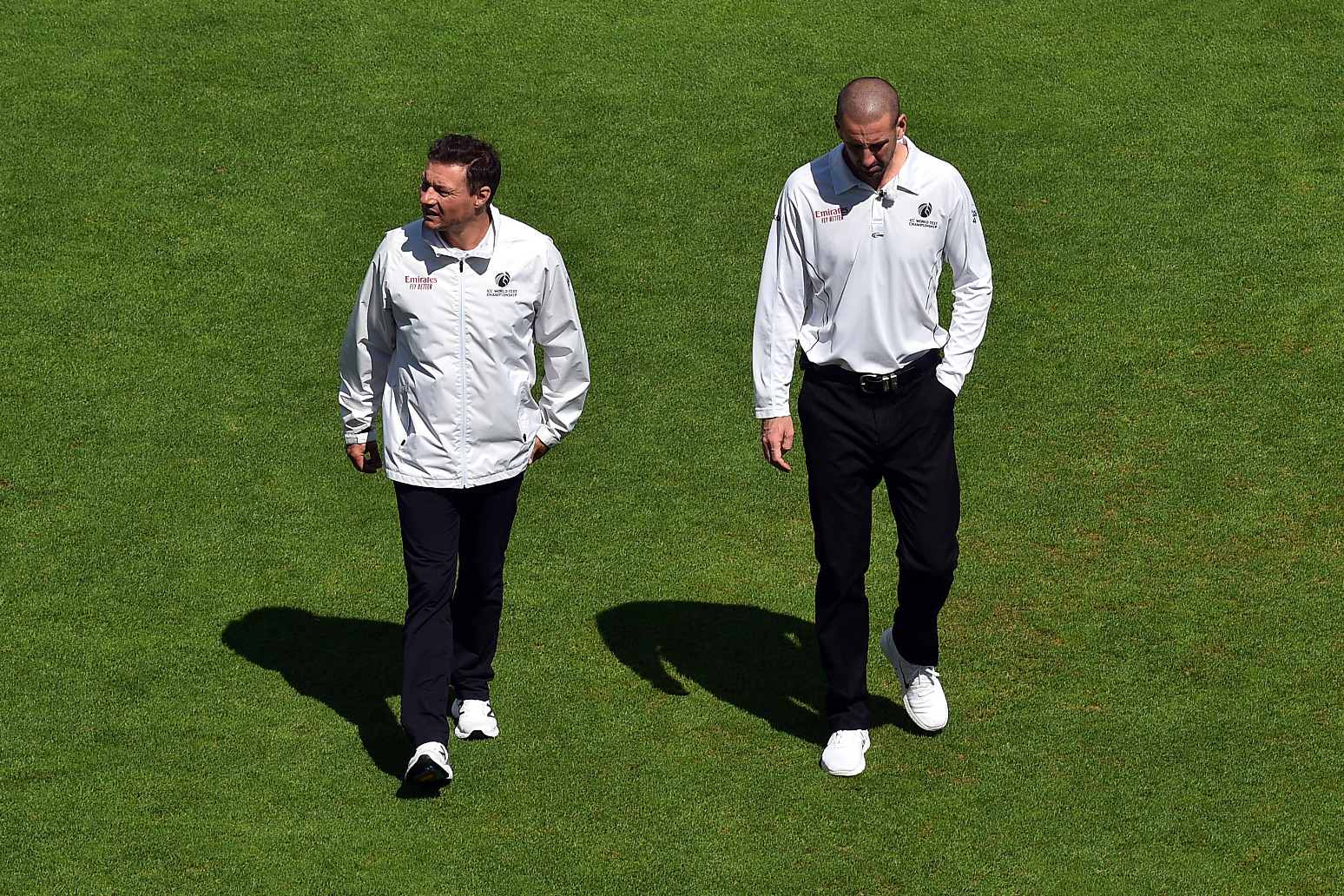 English umpire Michael Gough’s participation in the rest of the T20 World Cup is unclear after he was put into six days of self-isolation for violating the tournament’s bio-security regulations.

Gough, a former opening batter for Durham between 1998 and 2003, who is on the elite panel of International Cricket Council umpires, was due to officiate in India-New Zealand but was replaced by South Africa’s Marais Erasmus.

While the ICC would not confirm the exact nature of Gough’s infringement, players, team staff, officials and broadcasters have entered into ‘bubble’ environments to safeguard the tournament amid the Covid-19 pandemic.

An ICC spokesperson said in a statement: “The bio-security advisory committee has instructed umpire Michael Gough to isolate for six days due to a breach of the event bio-security protocols.”

Gough was due to be television umpire for West Indies-Sri Lanka on Thursday and an on-field official for New Zealand-Afghanistan on Sunday. It is uncertain whether he will face punishment for his breach.

Written by Megan C. Hills, CNNIn the mountains north of San Diego, a modernist mansion made of white concrete and glass rises from the cliffside. The property, nicknamed "Razor House" after the nearby Razor Point Trail, is now home to two famous inhabitants: singer Alicia Keys and her music producer husband Kasseem Dean, better known as Swizz Beatz, alongside their children Genesis and Egypt.The duo have since given the residence […]