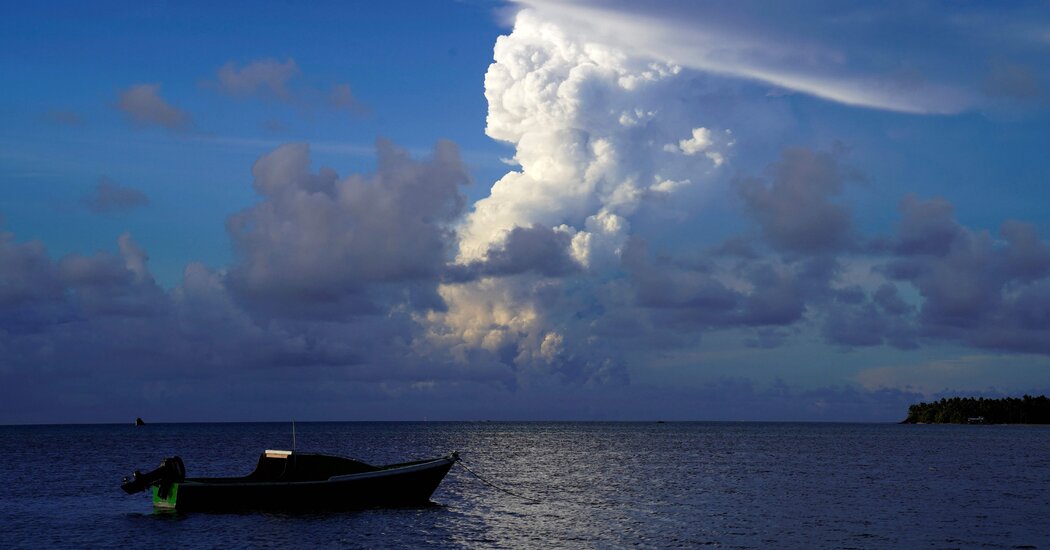 An underwater volcano erupted on Saturday near the remote Pacific nation of Tonga, triggering tsunami warnings across the Pacific and for the West Coast of the United States, and causing strong waves and currents in many coastal areas.

The volcano’s eruption was dramatic, sending plumes of gas and ash thousands of feet into the atmosphere, though early reports of damage were limited.

A four-foot tsunami wave was reported to have hit Tonga’s capital, Nuku’alofa, sending people rushing to higher ground, and witnesses said ash had fallen from the sky. There were no immediate official reports on the extent of injuries or damages, but internet service in the country was disrupted, according to The Associated Press, making it difficult to assess.

Despite Tonga’s geographical isolation, a booming sound after the initial eruption was heard as far away as New Zealand, 1,100 miles southwest of the archipelago’s main island of Tongatapu.

In the United States, officials urged residents of coastal areas in much of the West Coast, Alaska and Hawaii to stay away from the coastline and move to higher ground. The National Weather Service in Portland, Ore., reported possible one- to three-foot waves in some areas of Oregon and Washington. “First wave may not be the highest,” and later waves may “be larger,” the agency said on Twitter.

In California, water surged into Santa Cruz Harbor on Saturday morning, damaging boats, submerging the parking lot and causing people to evacuate the docks, sidewalks and nearby stores. At Port San Luis Harbor, about midway between San Jose and Los Angeles, waves of more than four feet were measured by the National Oceanic and Atmospheric Administration.

In the Bay Area, the National Weather Service said tsunami surges of up to a few feet could arrive in “pulses” throughout the day, and warned residents not to try to identify their arrival. “These water level surges can overwhelm and overtake people and pull them out to sea,” the agency said on Twitter.

Jaclyn Rothenberg, a spokeswoman for the Federal Emergency Management Agency, said the agency did not expect damages from the tsunami, and stressed the importance of disaster preparedness.

“This is when listening to local officials is critically important and taking steps to prepare for the tsunami saves lives,” Ms. Rothenberg said on Twitter. She added that the agency had coordinated with its partners in American Samoa and Hawaii, which had “no impacts from this event.”

In Japan, the country’s meteorological agency reported that a four-foot wave had reached the remote southern island of Amami Oshima, according to Reuters, and that smaller surges had hit other areas along Japan’s Pacific Coast.

Across the Pacific warnings were sounded. New Zealand’s National Emergency Management Agency advised people in coastal areas to expect “strong and unusual currents and unpredictable surges at the shore.” And on their Facebook pages, the meteorological services for Fiji and Samoa also issued alerts, advising people to stay away from low-lying coastal areas.

The volcano, Hunga Tonga-Hunga Ha’apai, which is about 40 miles north of Tongatapu, had been relatively inactive for several years. It began erupting intermittently in December but by Jan. 3 the activity had decreased significantly, according to a report by the Smithsonian Institution’s Global Volcanism Program.

The volcano had erupted in 2014, spawning a new island that eventually became home to blossoming vegetation and barn owls, according to the BBC.

Satellite imagery of the eruption on Saturday, shared on Twitter by New Zealand’s National Institute of Water and Atmospheric Research, showed a “brief spike in air pressure as the atmospheric shock wave pulsed across New Zealand.”

In a thread on Twitter, Dr. Janine Krippner, a volcanologist at the Smithsonian Institution, noted that “the majority of the volcano is submarine.”

The strength and potential impact of an eruption is estimated using a volcanic explosivity index, or V.E.I., which takes into account the volume of material ejected during the eruption and how high the plume reaches.

Eruptions with a V.E.I. of 6 or higher send so much gas and particles so high into the atmosphere that they can have a cooling effect on the climate for several years, by reflecting more sunlight away from the Earth’s surface. But eruptions of that magnitude occur very rarely. The latest was Mount Pinatubo in the Philippines in 1991. 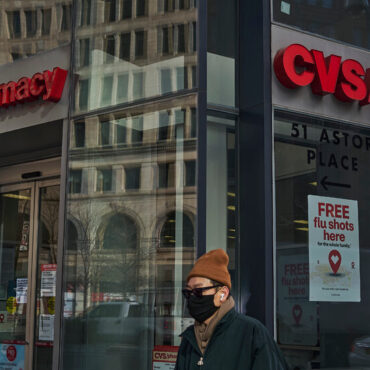 CVS and Walgreens, two of the biggest pharmacy chains in the United States, are temporarily closing some stores this weekend because of staff shortages complicated by the soaring number of people infected with the Omicron variant.Mike DeAngelis, a spokesman for CVS, said the “vast majority” of stores were operating with normal hours this weekend. There are more than 9,900 CVS stores across the United States. “A tiny fraction of stores […]