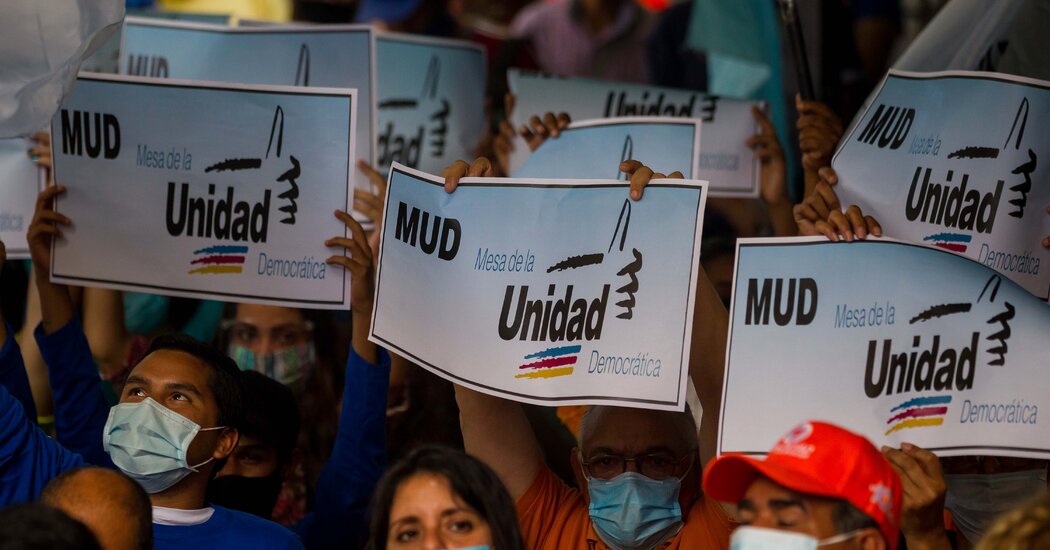 CARACAS, Venezuela — Venezuelan opposition parties announced Tuesday that they will participate in the regional and municipal elections scheduled for November, reversing their previous stance of boycotting recent votes.

The announcement came days before the opposition and the government of President Nicolás Maduro are expected to meet in Mexico City to continue negotiations on finding a common path out of Venezuela’s political standoff. Both sides agreed to discuss electoral matters as part of the dialogue, which officially began earlier this month.

The regional and municipal elections are scheduled for Nov. 21.

The opposition parties grouped in the so-called Unitary Platform and led by Juan Guaidó boycotted previous elections, including the re-election of Mr. Maduro as president in May 2018, arguing that Venezuela lacked the conditions for free and just contests.

The group decided to participate in the upcoming elections after a “difficult internal deliberation,” motivated by the serious challenges facing the country and the “urgency to find permanent solutions,” according to a statement issued by the group.

The decision to enter the elections was agreed to by various parties, including Voluntad Popular, of which Mr. Guaidó is a member.

Millions of Venezuelans live in poverty amid low wages and high food prices resulting from the world’s worst inflation rate. The food assistance agency of the United Nations has estimated that one of every three Venezuelans is struggling to consume enough daily calories.

The country’s political, social and economic crises, attributed to plummeting oil prices and two decades of government mismanagement, have continued to deepen with the pandemic.

“We know that these elections will not be fair, conventional elections; the dictatorship has imposed serious obstacles that put the expression of change of the Venezuelan people at risk; however, we understand that it will be a useful field of struggle” toward future presidential and legislative elections, the group’s statement said.

Following the announcement, Mr. Maduro in televised remarks said that the “popular sovereignty has been reimposed.”

“I’m going to sit in my armchair, with the TV on and my popcorn, to see Juan Guaidó voting on Nov. 21,” Mr. Maduro said. “And there, I will applaud because we managed to include him in democracy again.” 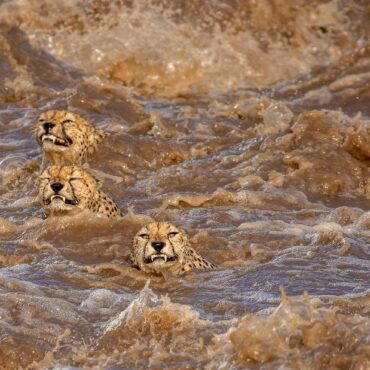 Stunning images released by Wildlife Photographer of the Year 2021 competition

(CNN) — A number of stunning entries to the Wildlife Photographer of the Year competition have been released, including images of an Iberian lynx framed in a doorway, cheetahs swimming in a raging river and blood dripping from the muzzle of a lioness.There were a record number of entries to the 57th edition of the competition, which is organized by the Natural History Museum in London, and a selection of […]