Video: How Melitopol Is Coping With Presence of Russian Troops 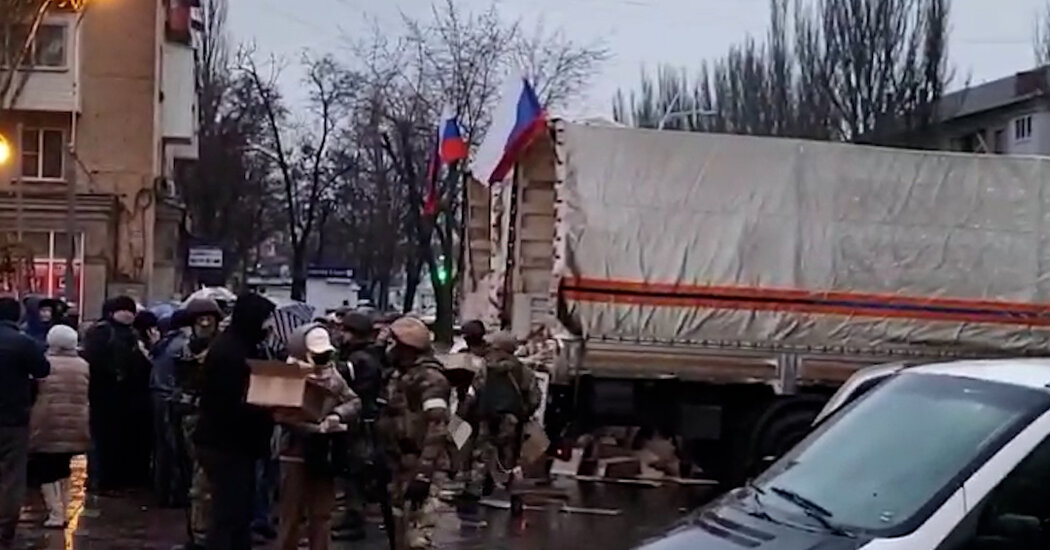 ​​Videos posted on Thursday and verified by The New York Times reveal the various ways residents of Melitopol, a city under Russian occupation for at least three days, are coping with the presence of foreign troops in their city.

Civilians have responded with a mix of anger, scorn and acceptance, with some locals protesting Russian troops on multiple occasions and others lining up for aid from them in a central square.

In one video filmed a few blocks from the square and posted on Tuesday, a crowd confronted Russian military trucks trying to make a turn on a wet road and cheered when one ran into the back of another. Gunfire could be heard as the crowd scattered.

In multiple videos filmed in the square on Thursday, long lines of civilians waited to receive food and basic necessities from Russian troops, who handed them out from the back of large trucks.

But another video at the same location, also posted on Thursday, shows the military taking a less benevolent approach, telling a crowd via loudspeaker that meetings and demonstrations were temporarily prohibited “in order to prevent lawlessness and establish public order.” Crowd members give the middle finger to the vehicles and chant, “Go home!” 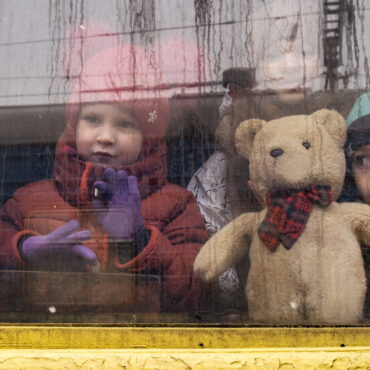 Kremlin Vows Victory in Ukraine as Refugees Swell to One Million

ODESSA, Ukraine — Russian forces advanced deeper into southern Ukraine on Thursday, appearing intent on seizing the country’s entire Black Sea coast, as the number of people fleeing Ukraine reached one million just a week into Russia’s invasion and bombardment of cities and towns.Defiant Ukrainians, bolstered by a huge influx of weapons from NATO countries, have put up surprisingly effective resistance, while Moscow’s forces have run into a host of […]