Wave of Terrorism in Israel Defies a Simple Narrative 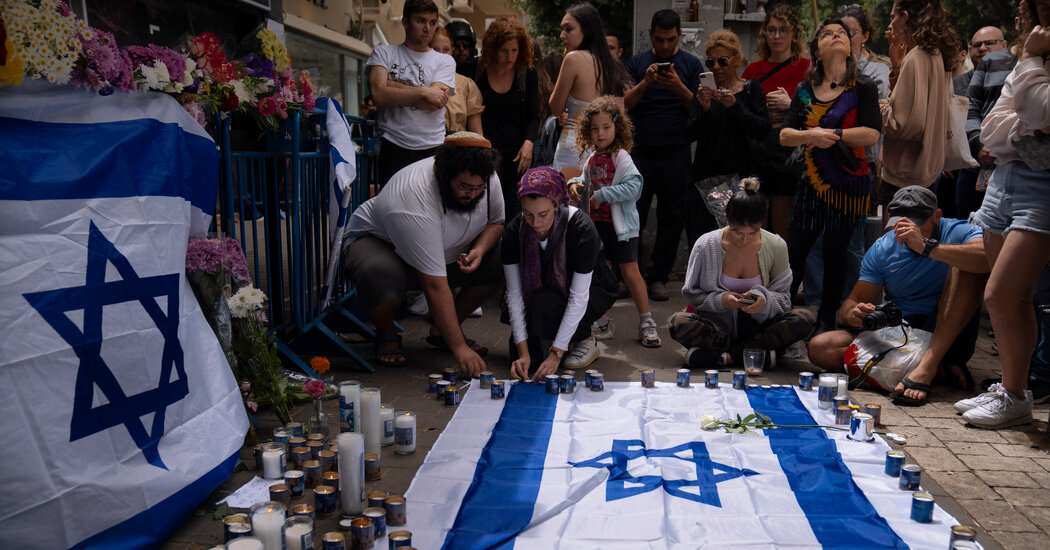 TEL AVIV — The current surge in terrorist attacks in Israel has been framed by Palestinian parties and militant groups as a logical consequence of the entrenchment of Israel’s 55-year occupation of the West Bank, of Israel’s control over sensitive religious sites in Jerusalem, and of the dwindling commitment from some key Arab leaders to the creation of a Palestinian state.

The attackers’ diverse backgrounds, however, have left both Palestinian and Israeli analysts and officials uncertain about the relationship between the attacks, the motivations of the attackers and the timing of their attacks.

In the deadliest wave of violence since 2016, there have been four attacks in four Israeli cities since March 22, involving five Arab assailants who have killed 14 people, including two Arab police officers and two Ukrainians. But beyond their lethal outcomes, the four episodes do not fit easily within a simple narrative.

The two most recent attacks — in Tel Aviv and Bnei Brak — were carried out by Palestinians from the occupied West Bank. While praised by several Palestinian movements, no group has formally claimed responsibility for them.

The two earlier attacks were carried out by three members of Israel’s Arab minority who had known sympathies for the Islamic State, the extremist group that has no ties to the Palestinian national movement and that claimed responsibility, perhaps opportunistically, for one incident but not the other.

While the lethal outcome of the first attack, on March 22, may have inspired the others to follow suit, a senior Israeli military officer said there was currently no evidence that any of them were masterminded by a major Palestinian group, let alone by the same network. Analysts also noted that the attackers in the first two incidents had no ideological connection to the latest two.

“I honestly don’t think they’re the same thing at all,” said Bashaer Fahoum-Jayoussi, a chairwoman of the board of the Abraham Initiatives, a nongovernmental group that promotes equality between Israel’s Jewish and Palestinian citizens. “There are huge differences between the profiles of these people.”

Through their support for a pan-Arab caliphate, Ms. Fahoum-Jayoussi said, three attackers set themselves apart not only from the Palestinian cause, but also from the grievances of Israel’s Arab minority. Roughly 20 percent of the Israeli population is Arab, most descending from Palestinians who remained in Israel after its founding in 1948 and who still seek more rights and recognition within the Jewish state.

By contrast, the motives of the two West Bank Palestinians “have more to do with the occupation and the injustices that they’re going through, not that that justifies anything,” said Ms. Fahoum-Jayoussi, a Palestinian citizen of Israel.

“But why now?” she added. “What has changed exactly at this time?”

To some, the timing of the violence is hardly a surprise, and was even long foretold.

Next weekend, the religious festivals of Passover, Ramadan and Easter will overlap in a rare convergence that will drive unusually high numbers of Jewish, Muslim and Christian worshipers to the Old City of Jerusalem. That raises the risk of confrontations between Muslims and Jews, and heightens longstanding Palestinian resentment about the restrictions on access to and control of the Aqsa Mosque in Jerusalem.

But while there have been clashes in recent days around the Old City, tensions there are lower than last year. Israel has allowed more West Bank Palestinians to attend prayers in Jerusalem than in 2021. And the Israeli Supreme Court has postponed the eviction of scores of Palestinian residents in Sheikh Jarrah, East Jerusalem, whose predicament contributed to Ramadan unrest last year.

In recent months, the Israeli government has tried to ease economic and social tensions in the occupied territories by granting Israeli work permits to tens of thousands of Palestinians; by giving legal status to thousands of West Bank Palestinians previously living in a legal limbo; and by lending $156 million to the Palestinian Authority, which manages roughly 40 percent of the West Bank.

While groups like Hamas, the militant Islamist movement based in Gaza, have released several recent statements inciting against Israel and praising the wave of terrorism, Israeli officials do not believe the group is currently seeking to organize its own operations, according to the senior Israeli military officer, speaking on the condition of anonymity to comply with Israeli military protocol.

Given this context, the specific timing of the violence has perplexed experienced analysts, even if they agree that the inherent instability of life in Israel, the West Bank and Gaza always makes violence possible.

Whoever “has identified a pattern or a reason to explain ‘why now’ and ‘why this way’ is just hallucinating,” said Ehud Yaari, a prominent Israeli analyst of Palestinian affairs. “The most important element is how random it is,” he added.

But to many Palestinians, the structural reasons behind the violence are obvious, even if these specific attacks and their perpetrators lack a clear unifying narrative.

Though Israel’s recent piecemeal concessions to Palestinians have improved life in small ways, the most fundamental Palestinian aspiration — a sovereign state — remains remote. The Israeli prime minister, Naftali Bennett, opposes Palestinian sovereignty and has ruled out peace negotiations during his tenure.

Mr. Bennett’s government has announced that it will construct thousands of new buildings within Israeli settlements in the West Bank, entrenching Israel’s 55-year occupation of the territory. It still maintains a two-tier legal system there — one for Palestinians and one for Israeli setters — and still restricts Palestinian movement within parts of it. With Egypt, Israel also still enforces a blockade on the Gaza Strip.

“For Israelis, the occupation is invisible,” said Nour Odeh, a Palestinian political analyst and a former spokeswoman for the Palestinian Authority. But for Palestinians, “it’s a dead end everywhere you look,” she said.

“Of course, Palestinians will welcome improvements to their standards of living,” Ms. Odeh added. “But they’re not going to forget they’re occupied.”

A recent summit meeting in the Negev desert between four Arab foreign ministers and their Israeli and American counterparts also exacerbated a feeling of hopelessness among many Palestinians.

The Recent Rise in Terrorist Attacks in Israel

A rash of violence. The recent wave of terrorism across Israel has become one of the deadliest periods in the country in several years. A shooting on April 7 was the fourth lethal attack since March 22, and brought the total death toll in recent weeks to at least 13 people.

Concerns of more attacks. The violence has heightened fears of more attacks this month, when the rare convergence of Ramadan, Passover and Easter is expected to raise tensions further between Israelis and Palestinians.

Why these attacks are different. Before this, recent violence in Israel was generally carried out with knives, so this current surge in the use of firearms has been of particular concern to security officials, because it implies a different level of forethought and resources.

The meeting was the first diplomatic gathering of so many Arab dignitaries on Israeli soil, and was held near the grave of David Ben-Gurion, Israel’s first prime minister. It was also near land central to a continuing territorial dispute between Bedouin families and the Israeli state — a case that, to young Palestinians, has become emblematic of their wider predicament.

For many Palestinians, this combination of factors made the meeting a scene of “absolute humiliation,” Ms. Odeh said. “I don’t think anyone in Palestine didn’t see those images and get angry.”

In addition, a small minority of young Palestinians may increasingly turn to violence because of their growing anger at the Palestinian leadership, analysts said.

Initially seen as the government of a state-in-waiting, the Palestinian Authority is now considered by a majority of Palestinians, polling suggests, as a byword for corruption.

The authority’s president, Mahmoud Abbas, is seen as increasingly autocratic. He canceled Palestinian elections last March, nominally because Israel would not permit Palestinians to vote in Jerusalem, but also because, privately, he feared losing, according to people familiar with his thinking.

“The great majority of the younger generation have lost confidence in every Palestinian institution,” said Mr. Yaari, the analyst.

Young Palestinians see “that the Palestinian national struggle is going nowhere, and it’s led by people that they don’t trust,” he added. “So some of them, not too many, but some of them, decide to take a revolver and do something with it.”

Lapses by the Israeli intelligence services also may have played a role in the two attacks by Israeli citizens, Mr. Yaari said. Two of the three Arab Israelis had been jailed for their connections to the Islamic State, but after their release, he said, the authorities “didn’t really monitor them or maintain surveillance of them.”

In a comparable way, lapses by the Palestinian Authority may have also allowed the two West Bank Palestinians to prepare for their attacks undetected. The men were both from the Jenin area of the northern West Bank, a region that is nominally managed by the authority, but that the authority’s security forces have struggled to control in recent months, the senior Israeli officer said. The Israeli Army raided Jenin on Saturday, targeting people suspected of new terrorist activity and also to measure the family home of a the Tel Aviv attacker ahead of its potential demolition, the army said.

The attacker who killed three Israelis this week in Tel Aviv was from the Jenin refugee camp. He was 8 when Israeli troops, battling militants in the camp in 2002, destroyed hundreds of buildings there.

“This is a young kid who opened his eyes to Jenin in 2002,” Ms. Odeh said, “and to the utter destruction of the camp.” 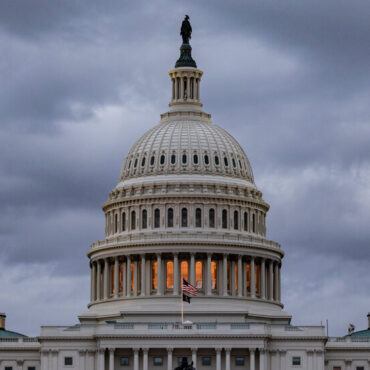 Pandemic aid stalled in the Senate and Shanghai remained in lockdown: The week in Covid news.

The federal government has run out of money to cover coronavirus vaccines, testing and treatment for uninsured Americans, but Congress has yet to approve more pandemic response funding. A bill that would allocate $10 billion for those purposes stalled on Tuesday when Senate Republicans refused to advance it without a vote to keep in place pandemic-era border restrictions that President Biden has moved to lift.Congress is now on a two-week […]