‘We Are on the Edge of an Abyss,’ U.N. Secretary General Says 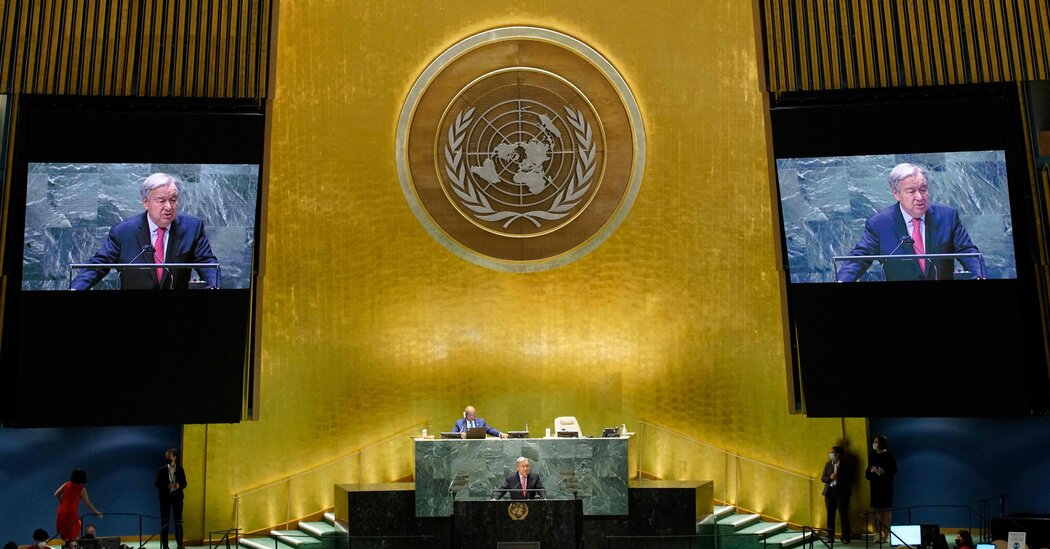 new video loaded: ‘We Are on the Edge of an Abyss,’ U.N. Secretary General Says

‘We Are on the Edge of an Abyss,’ U.N. Secretary General Says

António Guterres, the United Nations secretary general, pressed for increased cooperation in facing a global “cascade of crises,” including wars, the pandemic, climate change and a polarization of world powers during a speech at the General Assembly.

I’m here to sound the alarm. The world must wake up. We are on the edge of an abyss, and moving in the wrong direction. Our world has never been more threatened or more divided. We face the greatest cascade of crises in our lifetimes. The Covid-19 pandemic has supersized glaring inequalities. The climate crisis is pummeling the planet, upheaval from Afghanistan to Ethiopia to Yemen and beyond. A thwarted peace. A surge of mistrust and misinformation is polarizing people and paralyzing societies. Human rights are in the fires and science is under assault, and the economic lifelines for the most vulnerable are coming too little and too late, if they come at all. Solidarity is missing in action just when we need it most. Excellencies, we face a moment of truth. Now is the time to deliver. Now is the time to restore trust, and now is the time to inspire hope. And I do have hope — the problems we have created are problems we can solve. Humanity has shown that we are capable of great things when we work together, and that is the raison d’être of our United Nations. 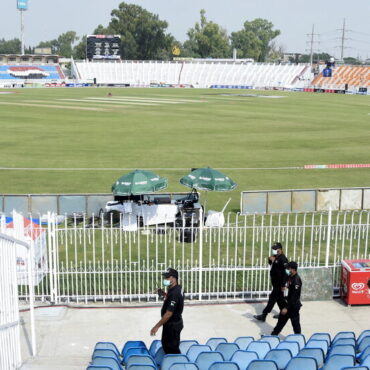 “You will understand why we are not in a position to give further information as to the nature of the intelligence, other than to say, it was a direct threat, and it was a credible threat,” Ms. Ardern was quoted as saying Sunday.Officials in Pakistan said they had not received a threat and asked their New Zealand counterparts for more information. A former spokesman for the Pakistani Taliban, or T.T.P., […]