‘We Do Not Expect Anyone to Fight for Us.’ Ukraine’s Defiant Ambassador Says from Washington. 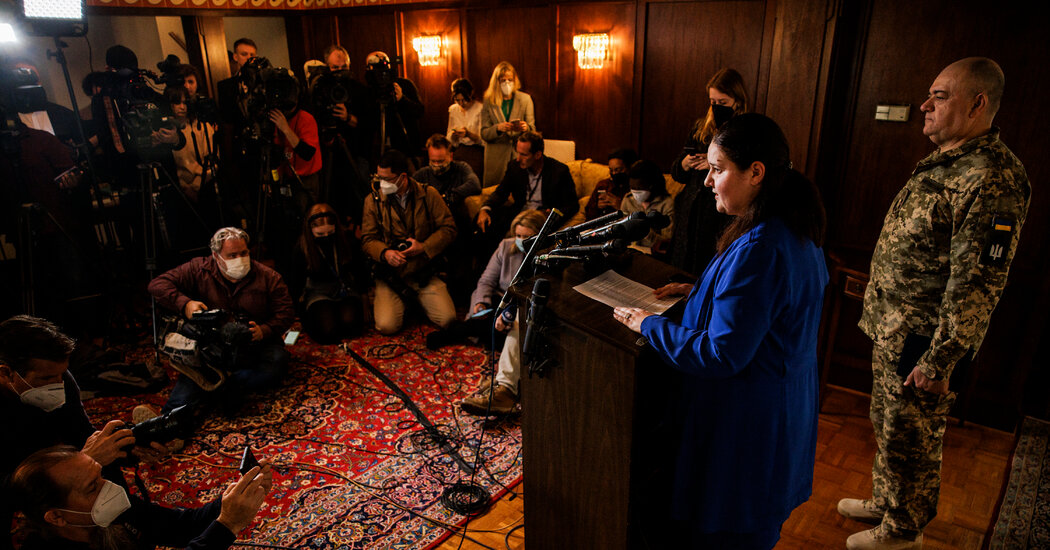 WASHINGTON — Ukraine’s ambassador to Washington pleaded for help from the world, saying that at least 40 Ukrainian troops have already been killed by Russia, along with “dozens” of Ukrainian civilians, and that the site of the Chernobyl nuclear disaster was under attack.

During a news conference at the Ukrainian Embassy in Washington, D.C., the ambassador, Oksana Markarova, also said that Russian attacks have struck hospitals inside the country, citing a report from Ukraine’s health minister. The charge could not be independently verified.

Ticking off a list of several cities that she said have experienced attacks and heavy fighting, Ms. Markarova said that Russia’s invasion goes far beyond the provinces of Donetsk and Luhansk. “It’s a war against Ukraine,” she said.

Among the places Ukrainian forces were defending, she said, was the Chernobyl nuclear power plant and the area around it, site of the worst nuclear accident in history, in 1986, when one of its four reactors exploded. That reactor has been sealed in concrete for more than 30 years and the other three have been retired, but the site includes nuclear waste storage.

After she spoke, officials in Ukraine said Russian forces had captured the plant.

Ms. Marakova said that Ukrainian forces had destroyed two Russian helicopters just outside of Kyiv, and seven aircraft in unspecific locations. And she said that Ukraine’s military was reporting that a platoon from Russia’s 74th motorized brigade had surrendered to Ukrainian forces. “They didn’t know that they were brought to Ukraine to kill Ukrainians,” she said. “They thought they were doing something else.” That assertion has not been independently verified.

The ambassador said that Ukraine’s president, Volodymyr Zelensky, remained in the country along with other senior officials. “Everyone is in Ukraine.” She said the capital of Kyiv “is fully in control.”

Asked whether she hoped U.S. troops might come to Ukraine, Ms. Marakova said, “We do not expect anyone to fight for us.”

“It will end with Ukraine winning this,” she said. “Because we are in our home. We are defending our home. We never attacked anyone.” 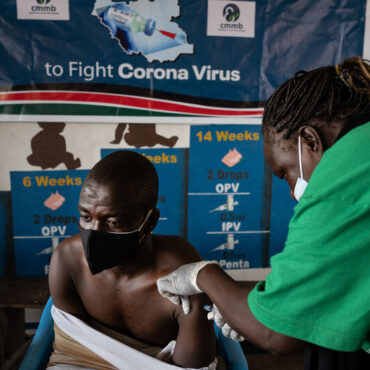 African countries will be able to dramatically accelerate their vaccination programs because the system of distributing Covid vaccines has changed, World Health Organization officials said on Thursday.Previously, the W.H.O. would send vaccine doses to African countries as they became available. But since January, countries have been able to request the vaccines they need from the W.H.O. directly, and in what quantity and when. As a result, they have been able […]