What Covid did to Amsterdam’s cannabis coffee shops

Amsterdam (CNN) — Once crowded by too many tourists, the canals of Amsterdam continue to stand empty, even as the Netherlands eases travel restrictions. The infamous Red Light District is also mostly deserted. The Dutch capital remains a ghost town.

But what of that other famous Amsterdam institution? How have the city’s cannabis-vending coffee shops fared during these troubled times? Starved of out-of-town visitors, many who flocked to the city just to take advantage of liberal drug laws, have they survived?

And, in a world of face masks and concerns over indoor exhalations, have they even been permitted to remain open?

In fact, Dutch coffee shops never closed completely during the pandemic as they were classed as essential businesses, unlike restaurants, cafes and nightclubs.

But the cannabis cafes have been dealt a catastrophic blow due to a lack of the international tourists who were responsible for a large share of their revenue. And while some have adapted to a new way of life, there are fears from those who work in them that they’re in danger of vanishing.

“For business it’s been devastating,” says Nick, a worker at the city center Otherside coffee shop who did not want to give his surname for reasons of privacy.

Pre-pandemic, the cafe was usually full during the week, noisy and buzzing with atmosphere as people socialized with each other while smoking a marijuana cigarette or eating a cannabis brownie. but on a Thursday afternoon in early February, there’s just one person sitting inside, working on a laptop while sipping a cup of coffee and smoking a cannabis joint.

“In my coffee shop it’s been very empty and boring,” says Nick. “But other coffee shops [outside the center] are busier than ever due to takeaway demand. During coronavirus, everybody is sitting at home and smoking.”

Liberal laws that allow the sale of cannabis at cafes have long proved an attraction for tourists to Amsterdam.

Over half of the capital’s 167 coffee shops are in the center and heavily reliant on tourism, says Joachim Helms of the coffee shop owners’ association BCD.

“The coffee shops in the center were really in survival mode [during the past two years],” he says. Government financial aid allowed them to stay afloat, but this only covered their rent and furlough for staff, and they struggled to make any revenue, Helms says.

When coronavirus overwhelmed Europe in March 2020, the Dutch government announced a strict lockdown and ordered all hospitality to close, including coffee shops. This decision was reversed almost immediately after people started buying cannabis illegally.

“The government worried that if they kept the coffee shops closed, people would turn to the streets and illegal dealers,” says Helms. The shops were allowed to stay open, even during the strictest lockdowns, for takeaway service.

The pandemic has highlighted that it’s mainly tourists who consume cannabis in coffee shops; locals tend to collect it and smoke the drug elsewhere. While the cafes have remained largely empty over the past two years, demand for cannabis has surged and takeaway sales have increased significantly.

“In residential areas business has been especially good,” says Helms. “Especially at the beginning of the pandemic, when people were stockpiling [cannabis] in case coffee shops closed during a lockdown.”

In a survey by Trimbos, a Dutch mental health and addiction research institute, 41% of 1,563 respondents said they were using cannabis more since the start of the coronavirus pandemic. Nearly half — 49% — said they were smoking as much as before. Three-quarters used cannabis almost daily after the government introduced lockdown measures. The main reasons for using cannabis more were boredom, stress and loneliness. Some 75% were smoking every day.

“The takeaway business has been really good,” says Maeve Larkin, who works in Hunters coffee shop in the center. “People tend to buy bigger amounts [than when they consume it in the cafe].”

Even though the lockdown has ended, strict rules remain in place for the entire Dutch hospitality sector. All customers must show a vaccination pass, in the form of a QR code on their phones, to buy cannabis in a coffee shop, maintain a 1.5-meter distance while inside and wear masks while ordering. Coffee shops must stop serving at 10 p.m., but are allowed to stay open until midnight for takeout.

These rules make it difficult for coffee shops to accommodate a large number of customers and encourage people to stay inside, instead of buying takeout.

Helms says that lockdown restrictions have changed the culture of Amsterdam’s coffee shops.

“The foundation of the coffee shop policy is that there are places where you can consume cannabis in a responsible and safe way and where you can meet people from all around the world,” he says.

“The whole point of coffee shops in Amsterdam is the relaxed vibe and the culture of it. That’s gone now,” says Larkin, adding that the current situation reminds her of the US model, where in certain states people can buy cannabis from dispensaries.

“Now there’s two people at a table and there’s no spontaneity anymore. This cafe and the surrounding area used to be packed all the time, now it’s just dead.”

“The rest of Europe and the rest of the world needs to know we are open again,” says Nick. “I think it will be back to normal in mid-March.”

As the coffee shops slowly begin their recovery, they face another hurdle: a possible ban on foreign tourists.

Amsterdam Mayor Femke Halsema has proposed a policy that could see foreign tourists banned from the city’s coffee shops. Other cities in the Netherlands, including Rotterdam and Maastricht in the south of the country, have already introduced such a ban to prevent cannabis tourists traveling across the border from Germany and Belgium.

The ban aims to make tourism in the center more manageable and control the coffee shop supply chain, Halsema told councilors in a letter in 2019. She said coffee shops could put “the quality of life in the city center under pressure.”

Amsterdam’s council also wants to prevent the return of tourist crowds to its Red Light District.

Amsterdam has been struggling with mass tourism for years, alongside increasing discontentment among residents about loud noise, littering and unruly behavior from tourists. Before the pandemic, locals were complaining that Amsterdam had been transformed into a “tourist Disney world.”

“We do not want to go back to what we saw before the pandemic, where massive crowds in the Red Light District and the city’s entertainment areas caused a nuisance to residents,” the city council said in a statement last summer.
In a government survey in August 2019, which questioned 1,100 international tourists between the ages of 18-35 who visited the Red Light District, 34% of respondents said they would come to Amsterdam less often if they weren’t able to go to coffee shops, and 11% said they would not visit at all.

“If you [introduce] the tourist ban, the illegal market will get bigger,” says Helms, adding that this happened in March 2020 when the government closed coffee shops.

“I can’t see a tourist ban happening,” says Helms. “It would be a really bad decision for people living in the center of Amsterdam,” he says. It would also have an enormous effect on the thousands of people who work in coffee shops in the Dutch capital, he says.

“The coffee shop culture is so unique to Amsterdam. It would be really sad if it goes,” says Larkin. 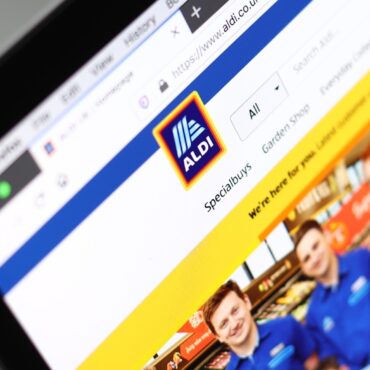 Two in five shoppers received a substitute product in their latest online grocery order, with duck paste instead of duct tape and sausage rolls in place of toilet rolls among the stranger replacements, a poll has found. Aldi, which has a click and collect shopping service, was narrowly the most likely of the nine online supermarkets to put substitutions in customer orders, with 49% of its customers reporting that they […]