What Emma Raducanu Means for a More Complex Britain 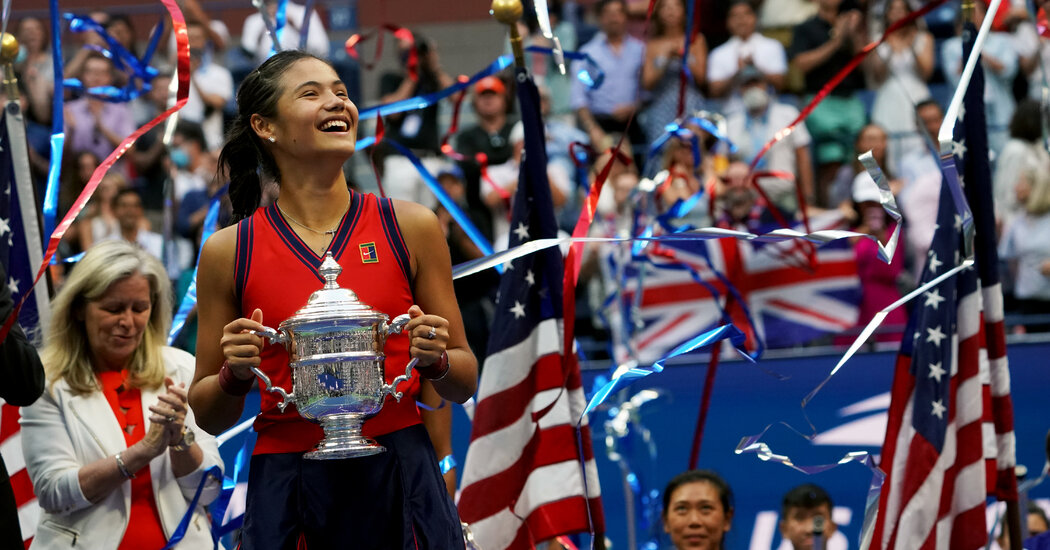 LONDON — At long last, Britain got the outpouring of national jubilation it has craved this summer, not from a men’s soccer team that narrowly missed sports immortality but from a young woman with a radiant smile, Emma Raducanu, who stormed from obscurity to win the U.S. Open tennis title on Saturday.

The straight-set victory of Ms. Raducanu, 18, over Leylah Fernandez, a 19-year-old Canadian, drew an eruption of cheers from crowds that gathered to watch the match at pubs in her hometown, Bromley, and at the nearby tennis club that set her on an improbable path to Arthur Ashe Stadium in New York City.

“The atmosphere is buzzing,” said Dave Cooke, manager of The Parklangley Club, where Ms. Raducanu trained for several years, starting when she was 6. The day after her victory, members brimmed with pride, recounting how she returned after competing at Wimbledon for a practice session.

“Just to watch her train was phenomenal,” said a member, Julie Slatter, 54. “You just know she’s going to take it all the way.”

Queen Elizabeth lost no time in congratulating the new champion for “a remarkable achievement at such a young age,” which she said was a “testament to your hard work and dedication.” Looking slightly dazzled Ms. Raducanu said, “I’m maybe going to frame that letter or something.”

Her victory made history on multiple counts: She became the first player to win a Grand Slam title from the qualifying rounds and the first Briton to win a Grand Slam singles title since Virginia Wade captured Wimbledon in 1977. Ms. Wade cheered on Ms. Raducanu from the gallery, as did Billie Jean King on the winner’s podium — two champions crowning a new one, and heralding, perhaps, a glittering new era for British tennis.

For long-suffering British sports fans, Ms. Raducanu’s victory was also a kind of redemption after the heartbreaking defeat of England’s soccer team in the finals of European championships in July. England snatched defeat from victory in that game when it missed three penalty kicks in the deciding shootout against Italy.

But on Saturday, Ms. Raducanu did not let a cut on her leg, from a fall late in the match, stop her from dispatching Ms. Fernandez, 6-4, 6-3, closing things out with an ace before falling to the court in joyous celebration. The timeout she needed to get her leg bandaged was one of the few anxious moments for Ms. Raducanu during a tournament in which she did not drop a single set.

Like the national soccer team, Ms. Raducanu embodies the exuberant diversity of British society. Her victory is both a tacit repudiation of the anti-immigration fervor that fueled the Brexit vote in 2016 and a reminder that, whatever its politics, the polyglot Britain of today is a more complicated and interesting place.

The daughter of a Romanian father and a Chinese mother, Ms. Raducanu was born in Toronto in 2002. Her family moved to England when she was 2, settling in Bromley, an outer borough of London known for leafy parks and good schools. A serious student, Ms. Raducanu has taken time off from the professional tour to study for exams, crediting her mother for keeping her focused on academics.

“She’s got where she is because she’s a nice person and put in some hard work and strived to meet her dreams,” Mr. Cooke said.

Though he described Ms. Raducanu as part of a generation of younger athletes who have stayed grounded and mentally strong, he said the Grand Slam title would impose new pressures on her.

“You achieve something great, you raise your own bar,” he said. “We need to strip back those pressures from her.”

Ms. Raducanu first came to national attention in June when she reached the fourth round at Wimbledon before withdrawing, telling coaches she was having trouble breathing.

That setback led some commentators, including John McEnroe, to express doubts about her mental fitness, especially at a time when another female star, Naomi Osaka, has spoken openly about her struggles with the pressures of the game. Under the lights in Flushing Meadows, however, Ms. Raducanu silenced her critics. She looked fit, poised, and relentless.

Her performance inspired people from all corners of British society. At her old club, girls talked about running into Ms. Raducanu in the school hallways or at local restaurants. Some said they hoped to follow in her footsteps.

“We want to go into tennis,” said Yuti Kumar, 14, who attends the same school as Ms. Raducanu, Newstead Wood School, where the graduates include the actress Gemma Chan and Dina Asher-Smith, an Olympic sprinter.

The actor Stephen Fry waxed philosophical, saying on Twitter, “Yes, it may be ‘only’ sport, but in that ‘only’ there can be found so much of human joy, despair, glory, disappointment, wonder and hope. A brief flicker of light in a dark world.”

Prime Minister Boris Johnson, Prince Charles, Prince William and the Manchester United soccer team all sent their congratulations, as did the right-wing Brexit leader, Nigel Farage, who tweeted “a global megastar is born.”

David Lammy, a Labour Party member of Parliament who is Black, noted that Mr. Farage once said he would not be comfortable living next to a Romanian (Mr. Farage later expressed regret for the remark.) “You have no right to piggyback on her incredible success,” Mr. Lammy posted on Twitter.

The dust-up echoed one earlier in the summer when Mr. Lammy faulted Conservative Party members for jumping on the bandwagon of the English soccer team, once it began winning, after having earlier criticized its players for kneeling before games to protest racial and social injustice.

In Bromley on Sunday, though, the focus was on a local hero. Many believed her achievement would fuel a surge of interest in tennis playing — and other ambitions — among young people who have struggled to find motivation during the pandemic.

“She’s a schoolgirl and she’s from Bromley,” said Jennifer Taylor, 40, sitting outside a pub. “I’m sure if she comes to Bromley, they’ll be a huge welcome for her.”

As she prepared to return home, Ms. Raducanu alluded to Britain’s eventful sports summer, in which millions of fans, herself included, took to chanting the theme of the England team, “Football’s coming home.”

Posting pictures of herself waving a Union Jack and holding the silver cup of the Open champion, she said, “We are taking her HOMEEE.” 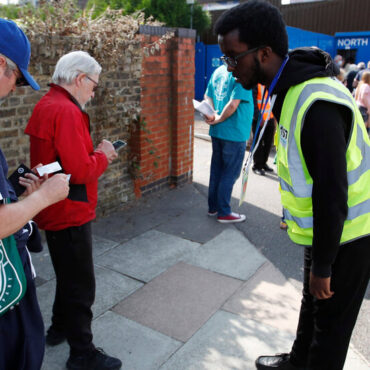 Britain Cancels Any Plans for Vaccine Passports, for Now

After months of cries of tyranny and discrimination raised by speculation that Britain would require vaccine passports for entry into crowded venues like stores and nightclubs, the authorities said on Sunday any such plans had been scrapped, at least for the moment.Sajid Javid, Britain’s health secretary, said the passports — essentially, documentation proving vaccination against Covid-19 — were still “a potential option” for the future. “It should be looked at […]