What happened on board JetBlue’s first NY-London flight

(CNN) — I’ve been a transatlantic avgeek for decades, regularly flying back and forth from the US to the UK. I always welcome a new entrant into the arena, but many of the newcomers don’t really have a strong business plan and their efforts don’t survive the harsh economics of the North Atlantic, particularly in the winter.

That’s not going to be the case with JetBlue. The US airline’s inaugural transatlantic flight landed at London Heathrow on August 12. I was on board, and I reckon this new offering is here to stay, despite the effects of the pandemic.

JetBlue has been working towards this transatlantic flight for the past two years. It’s got a new Airbus A321 Long Range aircraft with an interior specifically imagined for this purpose.

On board, the airline has crafted an experience that is equal to the competition and in many cases beats it hands down — what’s more, it is comparably cheaper than other products on offer.

The Airbus A321 is a small aircraft, but JetBlue has made sure it’s a comfortable experience for transatlantic travelers.

The Airbus A321 is a narrow bodied aircraft — a replacement in many ways for the 757 which opened up lots of transatlantic routes between secondary cities, some say these single aisle planes can feel a bit claustrophobic on six hour flights — but JetBlue has done a good job in making use of the space available.

While the cabin does feel a bit cramped, the airline’s extraordinary attention to detail has delivered an inflight experience that makes it as comfortable as possible whether in Mint (business) or Core (economy).

Crucially, JetBlue hasn’t just taken its existing domestic service and run it international. The team has redesigned the seats, and the result is one of the best business class seats I’ve ever flown on across the Atlantic. The mattress topper built into the Mint seat gives firm support when the seat reclines, without the joins of the seat digging in.

Also, Mint seats are in a reverse fishbone configuration, with plenty of storage — although this configuration is not so good for people traveling together in Mint, as you can’t properly sit next to each other.

On the plus side, here’s also lots of room around your shoulders.

There’s also free Wi-Fi for all passengers, which worked well throughout the flight.

The food is very good too — think restaurant quality. I think they’re going to have to work a bit on the service, it was a bit slow. But it was nice to see food served on plates again. Airlines are moving away from the pre-packaged model they switched to during the pandemic.

JetBlue has always striven to be different, to be cool, and I think they’ve achieved that here.

It’s not your father’s airline. It’s not a Chevrolet. It’s something sporty and cool.

The business class seat was very comfortable according to Richard Quest.

One of the benefits of flying with a small aircraft — there are just 114 regular seats on board alongside 24 business class suites — is JetBlue isn’t going to have the Norwegian problem. It’ll be easy to fill every seat — plus a small aircraft is highly fuel efficient.

If you wanted to travel with JetBlue from New York to London in economy on Tuesday August 17, tickets start at $202, according to a search on JetBlue’s website at time of writing.

British Airways economy tickets for the same route on the same day start at $502, while United’s are from $1,085, according to their respective websites.

Generally speaking, the return ticket is still costly whatever the airline — that’s because westbound across the Atlantic doesn’t have the same demand right now: if you’re traveling from London to New York, it’s because you’ve got to travel and you’re part of a category of people who are allowed to travel to the US, which is still a pretty slim group.

While fully vaccinated Americans can currently enter the UK without the need for quarantine, the US travel ban on UK and European arrivals remains firmly in place.

Once that’s lifted, prices should go down for westbound transatlantic flights too.

The message from Heathrow Airport and JetBlue, not to mention the other airlines operating the usually busy transatlantic travel corridor, is an emphatic plea to open up to fully vaccinated travelers.

“The US government should take a risk-based approach to travel,” JetBlue CEO Robin Hayes told me before we boarded. “Covid infection rates in Europe are lower than many other countries in the world where you can fly from today.”

The issue is with fears around the Delta variant, the US government remains very hesitant to open up borders and risk any ill effects.

Still, the US needs to find a way to do it, so it will happen — it’s just a question of when. I thought it was going to happen by the end of the summer, I think maybe early autumn now.

Whether JetBlue makes a lasting impact on the transatlantic corridor remains to be seen.

Time will tell whether JetBlue can make a major, long-lasting impact on the North Atlantic. Of course the airline still has some refining to do, to iron out any clunkiness.

And right now, there’s just one JetBlue return flight operating daily — departing JFK in the evening on a red eye and then returning from Heathrow to New York the following afternoon.

This schedule is due to be ramped up, with flights between JFK and Gatwick set to commence in late September, and flights between Boston and the UK scheduled for Summer 2022.

But will JetBlue match the multiple flights a day offered by the likes of British Airways and United?

Travelers will happily pay less for a ticket if they can — but they also want multiple options if possible.

Plus, travelers who are loyal to a particular airline and collect miles need more of an incentive to switch allegiances. 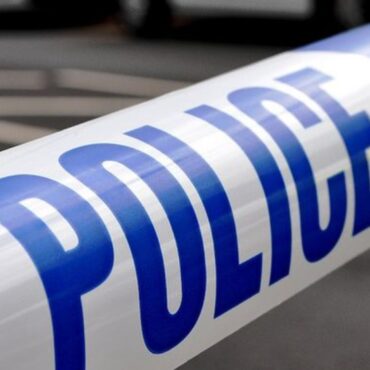 Police have said there have been a “number of fatalities” in a “serious firearms incident” in Plymouth. Several other casualties are receiving treatment following the incident in Biddick Drive in the Keyham area of the city, Devon and Cornwall Police said. The force said a critical incident had been declared, the area cordoned off, and it believes the situation is “contained”. Local MP Johnny Mercer tweeted that the incident is […]