What to Know About Boosters and Vaccine Restrictions for International Travel 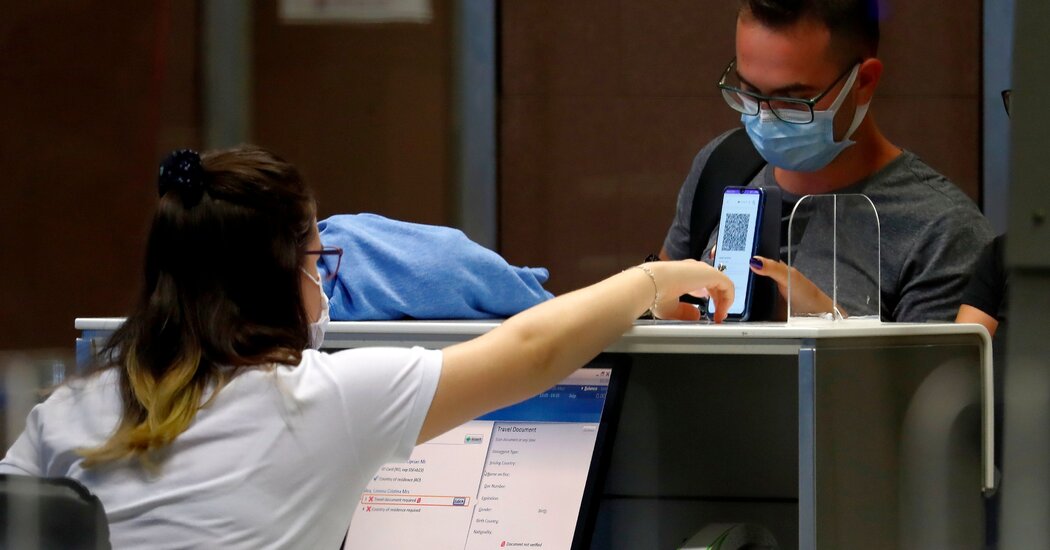 Israel’s policy is currently the closest to Switzerland’s, but it is likely to change yet again. A second or third shot is only valid for six months, so under those rules someone who got their booster in December wouldn’t be able to enter come June or July unless a fourth shot became available. But according to Tourist Israel, a tour provider which closely tracks the rules, the country is expected to waive time limits on boosters in March. (Exceptions are currently made for people who can show a certificate of recovery from Covid.)

How do other types of vaccine expiration dates affect travelers?

In some cases — for example, in France and Estonia — there are time limits on the validity of full vaccinations without a booster (nine months for France and a year for Estonia). Because these countries prohibit tourists from the United States and some other countries from visiting if they are not fully vaccinated, that means that a traveler who got their second Moderna shot before May 17 can’t enter France unless they first get a booster. Having a booster makes things easier when it comes to timing constraints since these places treat boosters as a sort of expiration-free additional dose.

Ireland and the Czech Republic treat anyone who got their second dose more than nine months ago as if they are unvaccinated. Croatia takes the same approach, but makes it more than a year. But their governments do not prohibit unvaccinated American tourists from entering. A traveler who got their second Moderna shot before May 17 could take a test or get a booster to enter these countries.

Are there any countries that require being boosted for entry?

Austria, for example, does not consider someone fully vaccinated unless they’ve had the booster. But travelers who do not meet that requirement can still enter the country by obtaining a negative result from a P.C.R. test.

Why do countries impose these time limits?

One reason, Ms. Bonga said, is to encourage people to get boosters.

There is also some evidence that coronavirus vaccines stop providing as much protection as time goes on.

What if different entities and sites are giving me conflicting information?

This may happen. Getting the answer to Mr. Henretta’s query about traveling to Switzerland, for example, was far from straightforward. The fact that the last shot of a vaccine timed out after 270 days was clear, but some sources could not agree on whether unvaccinated Americans could enter the country or not. A representative for the country’s information line for travelers suggested that they could; in that case, Mr. Henretta could simply provide a negative test result. Swiss International Air Lines initially offered the same answer on its site and by email. But the State Secretariat for Migration, two representatives from the Swiss tourism office, and the official Swiss entry tool took a different position: Unvaccinated and partially vaccinated American tourists could not enter. Eventually, a representative from Swiss International Air Lines clarified that although unvaccinated visitors from some countries can enter with a test, unvaccinated Americans cannot because the United States is currently classified as a high-risk country.

In the end, almost everyone was finally in agreement: Mr. Henretta could not take his long booked flight unless a fourth shot becomes available or the rules change, which happen fairly frequently.

The beautiful Italian town that glows at night

Editor's Note — Sign up CNN Travel's Unlocking Italy newsletter for insider intel on Italy's best loved destinations and lesser-known regions to plan your ultimate trip. Plus, we'll get you in the mood before you go with movie suggestions, reading lists and recipes from Stanley Tucci.(CNN) — Walk round Ascoli Piceno, and in some ways it could be any Italian town. There are two big squares where locals watch the […]