‘What Will Happen to Me?’ An Uncertain Future Awaits Afghans Who Fled 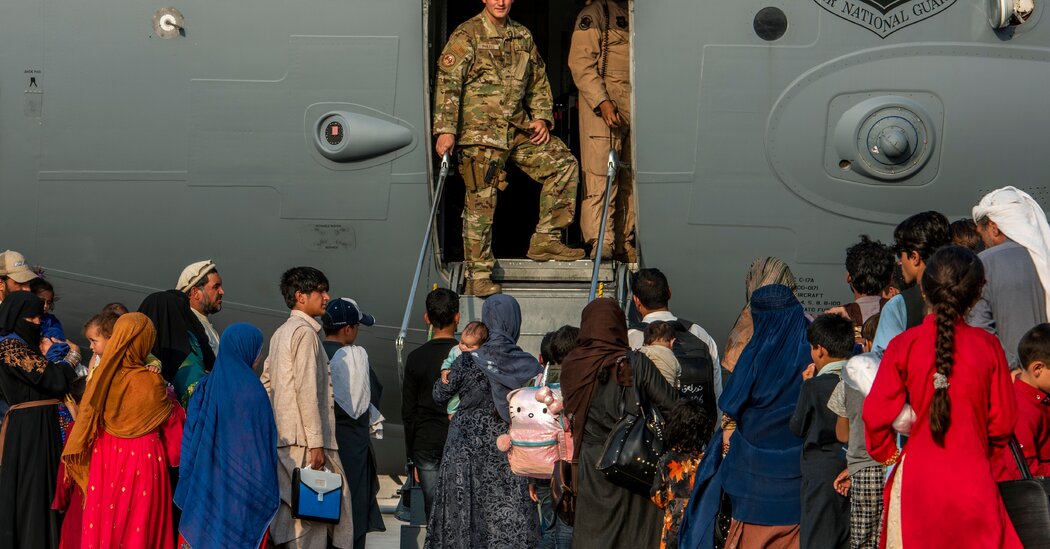 The day after Kabul fell, he said, he arrived at his usual position at the airport, which felt like a ghost town: Security forces and airline crews had all abandoned their posts. By midday, chaos gripped the tarmac as people flooded the airport.

Gul joined the frenzy, jumping onto four commercial planes — all grounded by the mayhem — before forcing his way onto an American evacuation flight. Even when Americans turned off the air-conditioning and told everyone the plane was broken, no one budged.

Now, settling into life at Camp As Sayliyah, he said the snap decision to leave weighed on him. His wife and three children under the age of 6 remain in Kabul.

“In the night, I cannot sleep,” he said. “I was a member of security forces, what if my family is targeted? Who is feeding them?”

He added, “I am here alone, and they are in Afghanistan, where the situation is terrible.”

No one knows how long Gul and others will have to wait for screening at the camp, unable to work or send money back to their families.

Crowds clamber to use the few phone chargers — often among the only items, other than the clothes they were wearing, that they brought with them. People scavenge for cigarette butts on the ground, salvaging small bits of tobacco. Every day around 5 a.m., a line swells outside the food hall, with people waiting hours to enter, sweat seeping through their clothes in the unrelenting heat. Last week, some in the camp complained of food shortages after being given meals ready to eat — or M.R.E.s — typically used by the military.

Those in line offer a window into the chaotic exit from Kabul: There are shopkeepers whose stores were next to the airport, members of the security forces who abandoned their posts there and employees of Kam Air, an Afghan airline, still in their uniforms after jumping on planes. 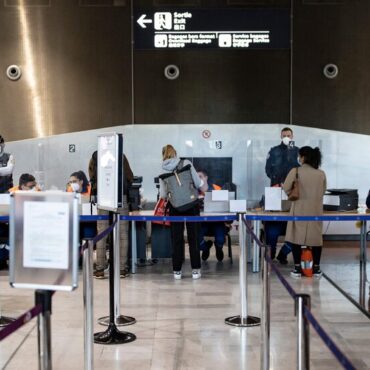 BRUSSELS — The European Union is set to advise member states that they should reintroduce travel restrictions for visitors from the United States, three E.U. officials said on Sunday, as coronavirus infections and hospitalizations have surged in the U.S. in recent weeks.Starting Monday, the officials said, the United States will be removed from a “safe list” of countries whose residents can travel to the 27-nation bloc without additional restrictions, such […]