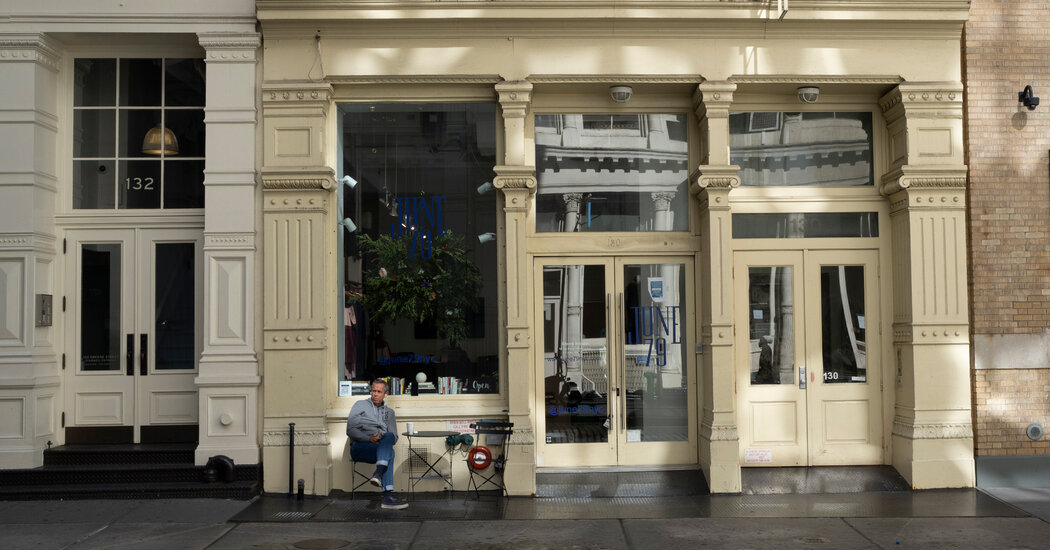 In the chic Manhattan neighborhood of SoHo, more than 40 stores have closed during the pandemic. More than a quarter of the offices, once among the most desirable and expensive in New York City, are empty, the highest vacancy rate in Manhattan. The international tourists who fueled the area’s economy vanished a year and a half ago.

As New York climbs out of the depths of an economic free-fall, it has reached some major milestones lately. In-person classes have resumed at the city’s schools, Broadway theaters have reopened and 300,000 municipal workers have returned to their offices for the first time in 18 months.

But on SoHo’s cobblestone streets, the economic scars remain, a sign of how vulnerable New York is to a contagious disease that has unraveled an urban economy built on face-to-face interactions in offices, restaurants and stores.

Just a few years ago, SoHo was one of the world’s hottest retail districts, packed with luxury brands like Chanel, Gucci, Louis Vuitton and Ralph Lauren that paid some of the highest rents in the country. Shoppers spent $3.1 billion in SoHo and neighboring NoHo in 2016, according to a report by HR & A Advisors, second only to Fifth Avenue in Midtown Manhattan in total retail revenue.

Almost overnight, the shoppers, notably those from overseas, evaporated.

‘The bar is always in full swing’: Kirsten Dunst opens doors to her ranch home

Written by Sherry Liang, CNNWith references to her career-defining roles and smatterings of family heirlooms, the personal touches throughout Dunst's 1930s ranch house make it more than just a beautiful space.A Frits Henningsen wingback chair (which she calls her "'Spider-Man' purchase") and an Elizabeth Peyton portrait of Marie Antoinette hearken back to career-defining roles, Dunst said in an interview for the November issue of Architectural Digest. Meanwhile, her grandfather's antique […]