Who, and Where, Is Chinese Tennis Star Peng Shuai? 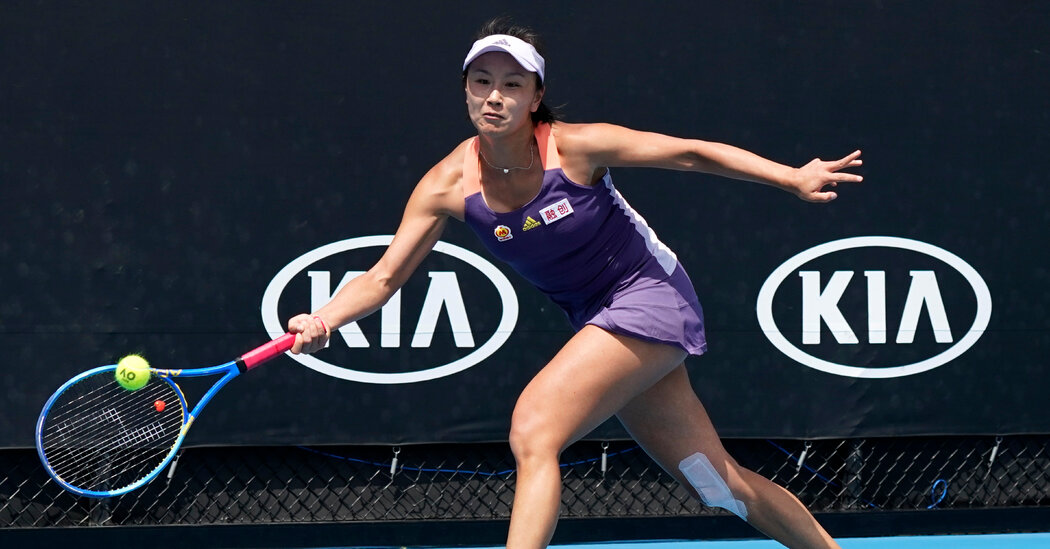 A simple question has gripped the sports world and drawn the attention of the White House, United Nations and others:

Where is Peng Shuai?

The Chinese tennis star disappeared from public view for weeks this month after she accused a top Chinese leader of sexual assault, prompting a global chorus of concern for her safety. Then, this weekend, the editor of a Communist Party-controlled newspaper posted video clips that appear to show Ms. Peng eating at a restaurant and attending a tennis event in Beijing.

A top official in women’s tennis, Steve Simon, said it was “positive” to see the videos, though he said he remained skeptical that Ms. Peng was making decisions freely. China’s authoritarian government has a long record of iron-fisted treatment of people who threaten to undermine public confidence in the party’s senior leaders.

With only a few months to go before Beijing hosts the 2022 Winter Olympic Games, Ms. Peng’s case could become another point of tension in China’s increasingly fractious relationship with the wider world.

Peng Shuai, 35 — her family name is pronounced “pung,” and the end of her given name rhymes with “why” — is a three-time Olympian whose tennis career began more than two decades ago.

In February 2014, after winning the doubles crown at Wimbledon with Hsieh Su-wei of Taiwan the year before, Ms. Peng rose to become a world No. 1 in doubles, the first Chinese player, male or female, to attain the top rank in either singles or doubles. She and Ms. Hsieh took the 2014 French Open doubles title as well.

Her doubles career underwent a resurgence in 2016 and 2017. But in 2018, she was barred from professional play for six months, with a three-month suspension, after she was found to have tried to use “coercion” and financial incentives to change her Wimbledon doubles partner after the sign-in deadline. She has not competed professionally since early 2020.

Why Did She Disappear?

Late on the evening on Nov. 2, Ms. Peng posted a long note on the Chinese social platform Weibo that exploded across the Chinese internet.

In the posting, she accused Zhang Gaoli, 75, a former vice premier, of inviting her to his home about three years ago and coercing her into sex. “That afternoon, I didn’t consent at first,” she wrote. “I was crying the entire time.”

She and Mr. Zhang began a consensual, if conflicted, relationship after that, she wrote. Mr. Zhang had served from 2012 to 2017 on China’s top ruling body, the Politburo Standing Committee.

Within minutes, censors scrubbed Ms. Peng’s account from the Chinese internet. A digital blackout on her accusations has been in place ever since.

Women in China who come forward as victims of sexual assault and predation have long been met with censorship and pushback. But Ms. Peng’s account, which has not been corroborated, is the first to implicate such a high-level Communist Party leader, which is why the authorities may have been extra diligent in silencing all discussion of the matter, at one point even blocking online searches for the word “tennis.”

How Has the World Responded?

The censors might have succeeded had Mr. Simon, the head of the Women’s Tennis Association, not spoken out on Nov. 14, calling on Beijing to investigate Ms. Peng’s accusations and stop trying to bury her case.

Confronting China has come with substantial consequences for other sports organizations. But Mr. Simon told CNN that the WTA was prepared to pull its business out of China over the matter.

The Biden Administration and United Nations human rights office have joined the calls for Beijing to provide proof of Ms. Peng’s well-being.

The International Olympic Committee initially said that it was satisfied with reports that she was safe, though it later suggested that it was engaging in “quiet diplomacy” to untangle the situation. In an interview with Reuters, the committee’s longest-serving member, Dick Pound, said he doubted the issue would lead to a cancellation of the Winter Games. But he also couldn’t rule it out, he said.

“If that’s not resolved in a sensible way very soon it may spin out of control,” Mr. Pound told the news agency.

On Saturday, The Wall Street Journal published an essay by Enes Kanter, a center for the Boston Celtics, in which he called for the Winter Games to be moved from Beijing. Mr. Kanter has been a vocal critic of the Chinese government, assailing its policies in Tibet, Xinjiang, Hong Kong and Taiwan.

The National Basketball Association’s streaming partner in China has pulled Celtics games from its platform in response.

“All the gold medals in the world aren’t worth selling your values and your principles to the Chinese Communist Party,” Mr. Kanter wrote in The Journal.

What Has China Said?

Nothing. Not officially, at least.

Instead, Chinese state-run news organizations and their employees have been the sole quasi-official voices from the country to weigh in. Notably, they are doing so on Twitter, which is blocked within China. Their messages appear to be aimed specifically at persuading the wider world.

First, a Chinese state broadcaster posted an email on Twitter, written in English and attributed to Ms. Peng, that disavowed the assault accusation and said she was just “resting at home.” Mr. Simon dismissed the email as a crude fabrication and said it only deepened his concerns for the tennis star’s safety.

Then, Hu Xijin, the editor in chief of the state-controlled newspaper Global Times, began sharing videos that appear to show Ms. Peng with his 450,000 Twitter followers.

In Mr. Hu’s first Twitter remarks on the subject, he said he didn’t believe Ms. Peng was being punished “for the thing that people talked about,” declining even to state the nature of her accusations.

On Saturday, Mr. Hu posted two video clips that he said he had “acquired.”

In one clip, a man is speaking with a woman who appears to be Ms. Peng at a restaurant when he asks, “Tomorrow is Nov. 20, isn’t it?” Another woman at the table corrects him, saying tomorrow is the 21st. Ms. Peng nods in agreement.

The man appears to be Zhang Junhui, an executive with the China Open tennis tournament.

On Sunday, Mr. Hu posted another clip, which he said had been shot by a Global Times employee, that shows Ms. Peng at the opening ceremony of a tennis event in Beijing. Zhang Junhui seems to be standing to Ms. Peng’s right.

The China Open posted photos from the same event on its Weibo account on Sunday. The photos show Ms. Peng waving to the crowd and autographing tennis balls, although the post does not name her.

Mr. Hu has not shared any of these videos on Weibo, where he has 24 million followers.

In a statement, Mr. Simon of the WTA said the clips alone were “insufficient” to prove that Ms. Peng was not facing coercion.

“Our relationship with China is at a crossroads,” he said. 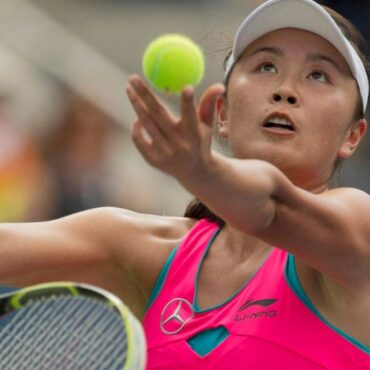 China must provide “verifiable evidence” that tennis player Peng Shuai is safe and well, the Foreign Office has said, amid increasing fears for her safety. Peng, a former world number one in doubles and Wimbledon champion alongside Hsieh Su-wei in 2013, made allegations of sexual assault against a former vice-premier in China on the social media site Weibo. Since, she has not been heard from directly for more than fortnight, […]