Why Ukraine Is Different 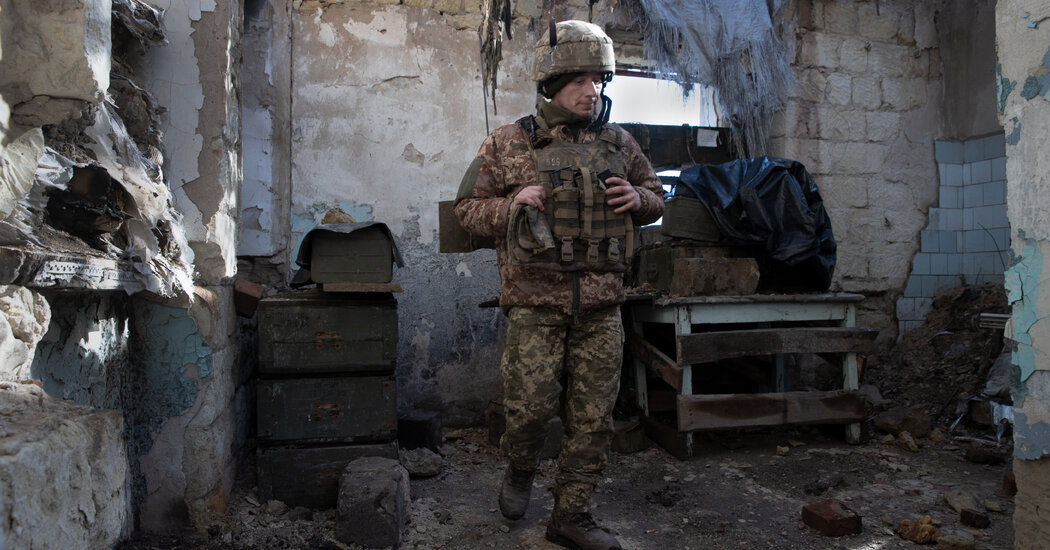 There have been dozens of wars in the almost 80 years since World War II ended. But if Russia invades Ukraine in the coming days, it will be different from almost all of them. It will be another sign that the world may be entering an alarming new era in which authoritarianism is on the rise.

In today’s newsletter, I’ll explain the two main ways that a war in Ukraine would be distinct. I will also update you on the latest developments, with reporting from my colleagues around the world.

A Russian invasion of Ukraine seems likely to involve one of the world’s largest militaries launching an unprovoked ground invasion of a neighboring country. The apparent goal would be an expansion of regional dominance, either through annexation or the establishment of a puppet government.

Few other conflicts since World War II fit this description. Some of the closest analogies are the Soviet Union’s invasion of Afghanistan in the 1970s, Czechoslovakia in the 1960s and Hungary in the 1950s — as well as Vladimir Putin’s 2014 annexation of Crimea. The U.S., for its part, invaded Panama in the 1980s and used the C.I.A. to overthrow an elected government in Guatemala in the 1950s. Of course, it also launched several faraway wars, in Iraq, Vietnam and elsewhere.

But the world’s most powerful countries have rarely used force to expand their boundaries or set up client states in their region. Instead, they have generally abided by the treaties and international rules established in the 1940s. The phrase “Pax Americana” describes this stability.

The relative peace has had enormous benefits. Living standards have surged, with people living longer, healthier and more comfortable lives on average than their ancestors. In recent decades, the largest gains have come in lower-income countries. The decline in warfare has played a central role: By the start of this century, the rate at which people were dying in armed conflicts had fallen to the lowest level in recorded history, as Joshua Goldstein, Steven Pinker and other scholars have noted.

A Russian invasion of Ukraine would look like the kind of war that has been largely absent in the past 80 years and that was once common. It would involve a powerful nation setting out to expand its regional dominance by taking over a neighbor. A war like this — a voluntary war of aggression — would be a sign that Putin believed that Pax Americana was over and that the U.S., the European Union and their allies had become too weak to exact painful consequences.

As Anne Applebaum has written in The Atlantic, Putin and his inner circle are part of a new breed of autocrats, along with the rulers of China, Iran and Venezuela: “people who aren’t interested in treaties and documents, people who only respect hard power.”

This is why many people in Taiwan find the situation in Ukraine to be chilling, as my colleagues Steven Lee Myers and Amy Qin have explained. “If the Western powers fail to respond to Russia, they do embolden the Chinese thinking regarding action on Taiwan,” said Lai I-chung, a Taiwanese official with ties to its leaders. If the world is entering an era in which countries again make decisions based, above all, on what their military power allows them to do, it would be a big change.

Political scientists have been warning for several years that democracy is in decline around the world. Larry Diamond of Stanford University has described the trend as a “democratic recession.”

Freedom House, which tracks every country in the world, reports that global political freedom has declined every year since 2006. Last year, Freedom House concluded, “the countries experiencing deterioration outnumbered those with improvements by the largest margin recorded since the negative trend began.”

A Russian takeover of Ukraine would contribute to this democratic recession in a new way: An autocracy would be taking over a democracy by force.

Ukraine is a largely democratic nation of more than 40 million people, with a pro-Western president, Volodymyr Zelensky, who in 2019 won 73 percent of the vote in the election’s final round. That victory and recent polls both indicate that most Ukrainians want to live in a country that resembles the European nations to its west — and the U.S. — more than it resembles Russia.

But Putin and his inner circle believe that liberal democracies are in decline, a view that Xi Jinping and other top Chinese officials share.

They know that the U.S. and Europe are now struggling to lift living standards for much of their populations. Putin and Xi also know that many Western countries are polarized, rived by cultural conflicts between metropolitan areas and more rural ones. Major political parties are weak (as in the case of the old center-left parties in Britain, France and elsewhere) or themselves behaving in anti-democratic ways (as with the Republican Party in the U.S.).

These problems have given Putin and his top aides confidence to act aggressively, believing that “the American-led order is in deep crisis,” Alexander Gabuev of the Carnegie Moscow Center wrote in The Economist this weekend.

In the view of Putin’s regime, Gabuev explained: “A new multipolar order is taking shape that reflects an unstoppable shift in power to authoritarian regimes that support traditional values. A feisty, resurgent Russia is a pioneering force behind the arrival of this new order, along with a rising China.”

As I’ve tried to emphasize before, the situation in Ukraine remains highly uncertain. Putin may still choose not to invade, given the potential for a protracted war, a large number of Russian casualties and economic turmoil. An invasion would be a spectacular gamble with almost no modern equivalent — which is also why it would be a sign that the world might be changing.

Related: “The 21st century has become a dark century because the seedbeds of democracy have been neglected and normal historical authoritarianism is on the march,” David Brooks wrote in a recent Times column.

And Farah Stockman argues that the Russia-China friendship that Richard Nixon feared has arrived.

A piece of American food history

The Ebony test kitchen is singular, with swirls of orange and green and a futuristic design. Built in the early 1970s, the kitchen cemented Ebony magazine’s place in American food culture.

Ebony, a leading magazine for Black America since the 1940s, helped transform the public’s perception of Black food. Freda DeKnight, Ebony’s first food editor, traveled across the U.S. learning different culinary traditions from home cooks and shared her findings in a monthly column. International recipes like rose petal pudding and mulligatawny soup lived alongside traditional fare like Ebony’s stewed chicken and dumplings. Readers could submit cherished family recipes to be tested by professionals, and the magazine featured the winning recipes.

“So many people looked to Ebony for recipes that they were familiar with, or had been part of our culture,” Charlotte Lyons, a former food editor at Ebony, said. “We would bring all of that stuff to life.” The restored kitchen is the centerpiece of a new exhibition that opens on Wednesday at the Africa Center in Harlem. — Sanam Yar, a Morning writer 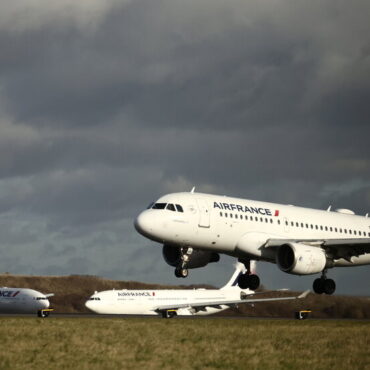 As tensions mount in Ukraine, more airlines are limiting or suspending flights into the country despite the government’s effort to keep the airspace open.Air France said on Monday that it would cancel its flights to and from Kyiv scheduled for Tuesday because of security concerns sparked by Russia’s troop buildup on Ukraine’s borders.The airline, which currently runs round trip flights between Paris and Kyiv on Tuesdays and Sundays, said the […]