Winners and losers in the English Scottish and Welsh elections 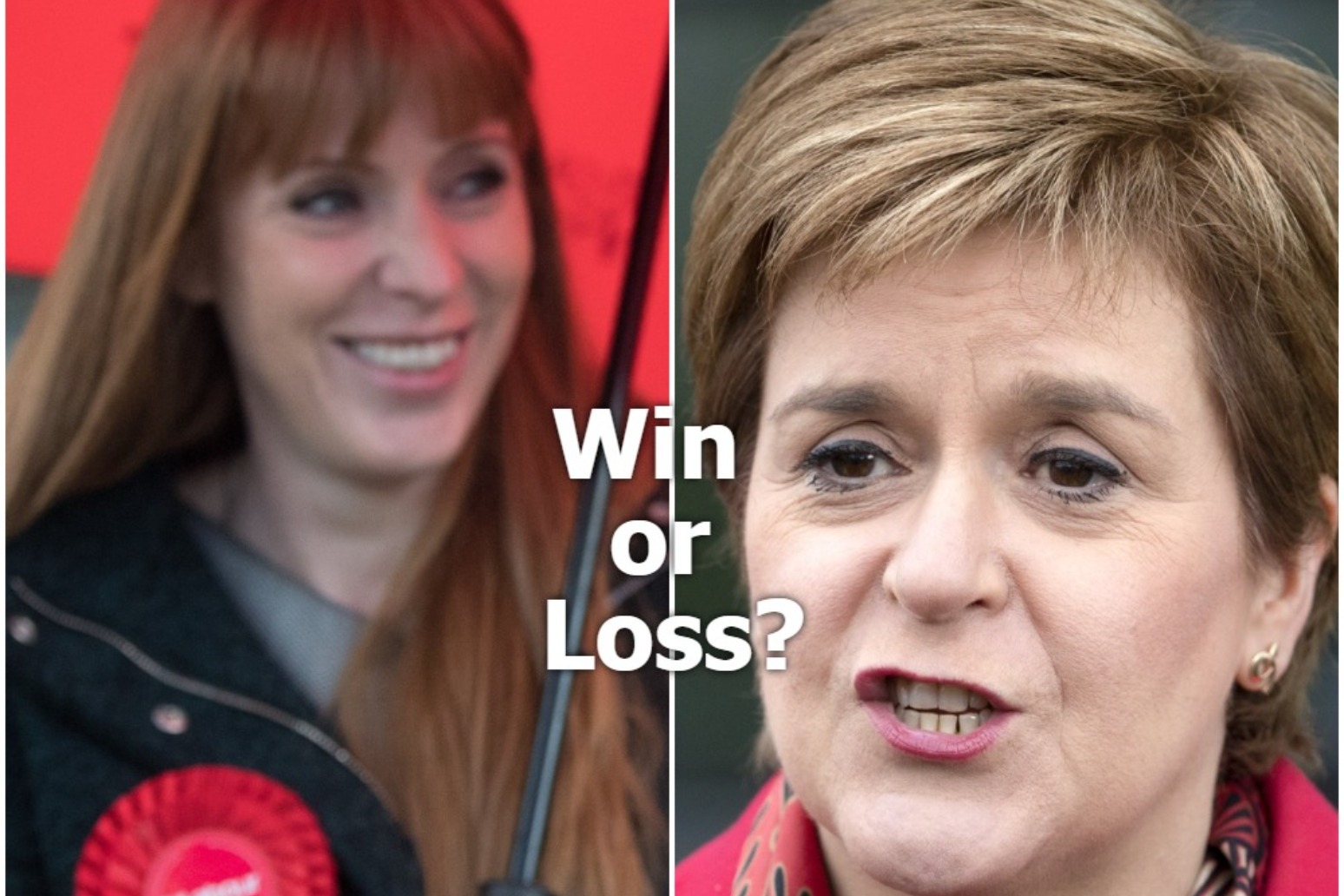 The SNP has stormed ahead in the Scottish Parliament election, sparking demands for a second independence referendum and creating a constitutional clash with the Prime Minister.

Meanwhile, Labour has suffered local and by-election defeats described by one shadow minister as “shattering”, while coming out top in the Welsh Senedd and so far winning 10 of the 13 mayoral positions in England.

As votes continue to be counted throughout Sunday, the highlights for each election include:

Labour has dominated the mayoral elections, so far claiming 10 of the 13 posts being contested in cities and metropolitan regions across England versus two seats for the Tories.

Closely-fought contests in London and Cambridgeshire and Peterborough saw the polls go to second preferences, before Sadiq Khan triumphed over Conservative Shaun Bailey in London and Dr Nik Johnson beat Tory James Palmer with just 51.3% of the vote against Mr Palmer’s 48.7%.

The battle to become London Mayor was much more closely fought than opinion polls suggested, and second-place Shaun Bailey said the contest showed that although journalists had him “written off”, he had gained considerable support from Londoners.

Incumbent James Palmer narrowly lost Cambridgeshire and Peterborough after gaining the most first preference votes – but not enough to secure his position before second preferences swung the vote in favour of Labour.

Celebrating her victory in a tweet, Liverpool City’s new mayor, Joanne Anderson, confirmed she was “the first black woman to be directly-elected Mayor in the UK, and the first female Mayor of Liverpool. History made.”

Sadiq Khan, who was re-elected as London Mayor, said: “We must all work together to build a brighter, greener and more equal future for London, and for our entire country, after the pandemic.”

The SNP claimed victory over the Tories in the Holyrood elections, and Nicola Sturgeon hailed their triumph as signalling the country’s demand for a second independence vote.

At 64 seats, the SNP was one shy of a majority, but placed them well ahead of the Tories who gained 31 seats and Labour who won 22.

New Glasgow Kelvin constituency MSP Kaukab Stewart also made Holyrood history as the first woman of colour to be elected to the Scottish Parliament – something she described as “an honour”.

The Scottish Greens celebrated their best-ever election performance, returning eight MSPs including co-leader Lorna Slater who said she will be giving up her job as an engineering manager to take her seat.

In a video posted on Twitter she was shown enjoying a victory dance at Ingliston Highland Centre in Edinburgh.

Prime Minister Boris Johnson, who has insisted he would not support an “irresponsible” second independence referendum, reacted to the SNP’s gains by inviting Ms Sturgeon for crisis talks on the Union in a letter shared on Twitter by Conservative MP Andrew Bowie.

Cabinet ministers Michael Gove and George Eustice have also hit out at Ms Sturgeon’s proposal, with Mr Gove telling the BBC’s Andrew Marr Show that “a majority of people who voted in the constituencies voted for parties that were opposed to a referendum” and Ms Sturgeon “didn’t secure a majority as Alex Salmond did in 2011″.

Mr Salmond failed this time round in his bid to return as an MSP for the recently formed Alba Party, which won just 8,269 votes.

Speaking after the SNP’s return to power, Nicola Sturgeon said: “It is the will of the country. Given that outcome, there is simply no democratic justification whatsoever for Boris Johnson or anyone else seeking to block the right of the people of Scotland to choose our future.”

Labour have come out top in the Senedd by winning 30 seats – just one short of a majority – equalling its best ever election result.

Welsh Labour put the “extraordinary set of results” down to the cautious approach during the coronavirus pandemic taken by First Minister Mark Drakeford, who has since called on Boris Johnson to “reset relationships” with the devolved nations.

On her Facebook page, Ms Wood said the result was “disappointing” but that her team could “hold our heads high in the knowledge that we ran a clean and honest campaign, we did not denigrate our opponents and we worked hard”.

Ms Nandy tweeted: “Amidst a difficult set of election results, it’s been lovely to watch some of the well-deserved celebrations amongst our Welsh Labour friends.”

Welsh Labour leader Mark Drakeford said: “This really is a moment that the Prime Minister should seize to reset relationships across the United Kingdom, for a serious examination of the way in which we can create the machinery that will allow us to work together in the future.”

In stark contrast to the party’s performance in the mayoral elections and in Wales, Labour’s losses at the local council elections in England have thrown the party into turmoil.

Leader Sir Keir Starmer sacked Angela Rayner from her role as party chair after announcing he was “bitterly disappointed” with the results, and he will be reshuffling his shadow cabinet team on Sunday.

In an unprecedented move for a party in power for more than a decade, the Tories had 12 net council gains in England and more than 280 seats.

Many of the party’s wins in England were snatched from Labour – which made a net loss of six councils and more than 220 seats – including Amber Valley, Harlow and Southampton.

The Conservatives also took control of some councils such as Cannock Chase for the first time.

Prime Minister Boris Johnson said: “Voters have put their trust in Conservative representatives, councillors and mayors and we must deliver for them… There will be no let up in levelling up.”

In Norfolk, election staff “limbered up” for the count by dancing to the Macarena and followed the result with a Mexican wave, as shown in videos posted by South Norfolk Council’s Twitter page.

Conservative candidate Jill Mortimer seized the Hartlepool seat from Labour after the party had held it for more than 50 years.

Ms Mortimer overturned a majority of 3,500 at the general election to take the seat – which had been Labour-held since it was formed in 1974 – with a majority of 6,940.

The importance of the contest was underlined by both Mr Johnson and Sir Keir making repeated visits to the constituency during the course of the campaign.

The Prime Minister welcomed Ms Mortimer to his Government in a tweet, adding: “It’s time to get to work to deliver on the people’s priorities”.

For Labour, the loss symbolised another brick falling from its “red wall” to Mr Johnson’s Tories, in a defeat one shadow minister described as “heart-breaking”.

Sir Keir said he was determined to address the problems within his party after candidate Dr Paul Williams lost the contest.

Speaking after the result, Steve Reed, shadow housing secretary, said: “There’s no hiding from the fact this is a shattering result for Labour, absolutely shattering, and for a town like Hartlepool that’s been Labour for half a century to now be in Conservative hands is heart-breaking for anybody who is Labour.” 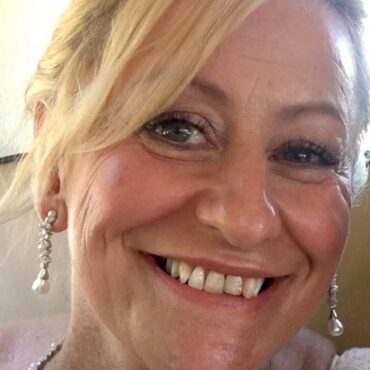 Police have been given more time to question a man arrested in connection with the death of police community support officer Julia James. Ms James, 53, was found dead in Akholt Wood near her home in Snowdown, Kent, on April 27. Kent Police arrested a man in his 20s from the Canterbury area on Friday evening. The force has now been granted a 36-hour extension to the detention of the […]