With Fuel from Iran, Hezbollah Steps In Where Lebanon Has Failed 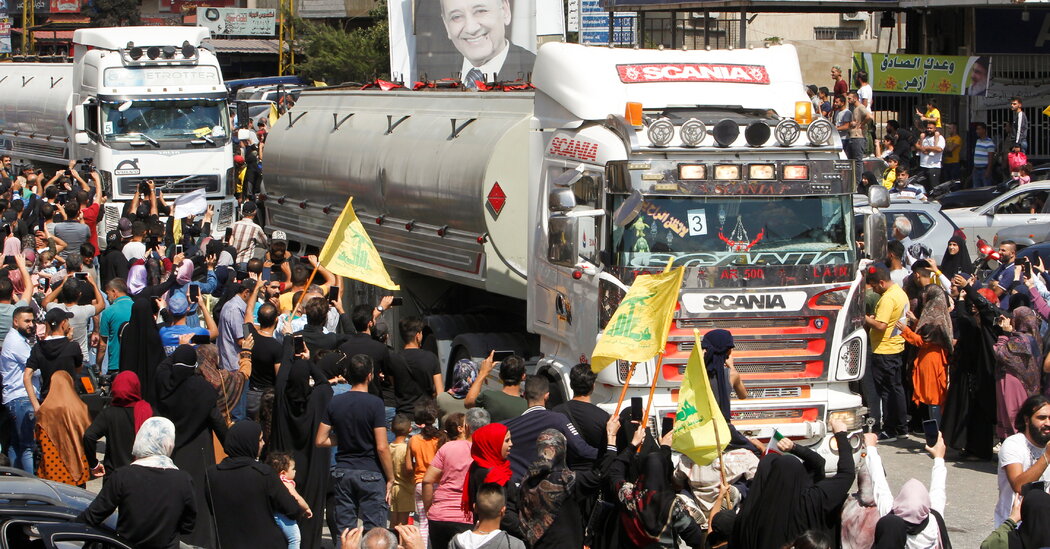 BEIRUT, Lebanon — The Hezbollah militant group said it trucked more than a million gallons of Iranian diesel fuel into Lebanon from Syria on Thursday, celebrating the move as a way of spiting the United States while bringing much-needed aid to a country nearly paralyzed by fuel shortages.

With Lebanon suffering one of the worst economic collapses in modern history, Hezbollah portrayed itself as a national savior, stepping in where the Lebanese government and its Western backers had failed.

The fuel delivery — which a Hezbollah official said was the first installment of more than 13 million gallons — underscored the severity of Lebanon’s crisis, as well as the government’s failure to address it. Unable to secure help from elsewhere, it has turned to war-torn Syria and economically damaged Iran.

The American Embassy in Beirut declined to comment on Thursday. But when Hezbollah announced last month that fuel was on the way from Iran, the American ambassador played down any threat of punitive measures.

“I don’t think anyone is going to fall on their sword if someone’s able to get fuel into hospitals that need it,” the ambassador, Dorothea Shea, told Al Arabiya English.

The fuel arrived as Lebanon struggles through what the World Bank has called one of the world’s worst economic meltdowns since the mid-1800s. Since the fall of 2019, the national currency has lost 90 percent of its value, and prices for many goods have tripled.

Fuel shortages have caused widespread electricity cuts and left many Lebanese waiting in long lines to fill up their cars.

The convoy’s arrival highlighted the near absence of the Lebanese state.

The government bodies charged with overseeing energy imports were not involved with the delivery. The trucks drove from Syria into Lebanon over an open stretch of land, not via an official border crossing, with no customs or security checks. It was unclear whether the imports had any legal authorization or if any taxes would be paid on them.

Prime Minister Najib Mikati, who formed a new cabinet this week and has vowed to work to ease the country’s woes, made no public statement about the fuel shipment on Thursday. Nor did the authorities overseeing the borders.

“The country is facing a serious crisis, so the government couldn’t care less whether the trucks entered legally or illegally,” said Elias Farhat, a retired general in the Lebanese Army. “We’re in an emergency situation.”

The shipment was the first tranche of 13.2 million gallons an Iranian ship delivered to the port of Baniyas, Syria, this week, Ahmed Raya, a Hezbollah media official, said. The rest will take several days to offload and transport to Lebanon.

The fuel crisis set off a showdown of sorts between Hezbollah and its allies and the United States over who could act faster to ease the people’s pain, a competition that Hezbollah won, at least for the day.

Nearly every step of the fuel’s journey was a challenge to the United States, which has imposed sanctions on the purchase of Iranian oil, the Syrian government, Hezbollah and the Hezbollah-linked company that will distribute the fuel inside Lebanon.

Hezbollah’s secretary general, Hassan Nasrallah, said the fuel had been paid for by unnamed Lebanese businessmen and that most of it would be donated to institutions that included government hospitals, nursing homes, orphanages, the Lebanese Red Cross and organizations involved in water distribution.

“Our aim is not trade or profit,” Mr. Nasrallah said in a speech on Tuesday. “Our aim is to alleviate the suffering of the people.”

Jessica Obeid, an energy policy consultant and nonresident scholar at the Middle East Institute, said that the one million gallons Hezbollah reported bringing in Thursday was not a lot relative to the country’s needs, but that it could help individual institutions.

A hospital generator, for example, might burn about 26 gallons per hour, she said.

But stepping in where the state had failed was a political coup for Hezbollah, whose image as the nation’s defender had been tarnished by its participation in Syria’s civil war and its opposition to a grass-roots protest movement that sought to end government corruption.

Hezbollah has blamed the United States for Lebanon’s economic crisis, claiming that it has put Lebanon under siege. In fact, United States sanctions focus overwhelmingly on Hezbollah and its allies, not the Lebanese state, whose dysfunction and corruption are at the root of the crisis.

The United States is the largest donor of humanitarian aid to Lebanon, and the Biden administration announced a new $100 million aid package last month aimed at providing assistance for food, health care, security, water and sanitation.

But Hezbollah portrayed the arrival of the convoy on Thursday in heroic terms, saying it had “broken the American siege,” a line of thinking that many Lebanese will most likely accept.

“This feeds into the image that Hezbollah has won the battle of perseverance against the U.S. siege, and that kind of image is what the organization is trying to reflect,” said Mohanad Hage Ali, a fellow at the Carnegie Middle East Center in Beirut.

After Mr. Nasrallah’s announcement, Ms. Shea, the United States ambassador, said she was working to put in place another arrangement to help solve Lebanon’s energy crisis. It calls for natural gas from Egypt to be sent to Jordan and transferred to Lebanon via a pipeline through Syria.

A high-level delegation from Lebanon visited Damascus, Syria, this month to discuss the plan, but its details remain unclear, including how long it will take to repair the pipeline, who will pay for it and what fees Syria will charge for letting the gas pass through its territory.

That could pose yet another challenge to the United States, which has sanctions against anyone who does business with the Syrian government.

The deep suffering of the Lebanese made it unlikely that the United States would punish anyone for accepting the sanctioned Iranian fuel.

“I’m not sure how willing the U.S. is to risk placing sanctions on a needy population,” Mr. Hage Ali said. “That would paint the U.S. as being harsh and heavy-handed, and that is a win for Hezbollah.” 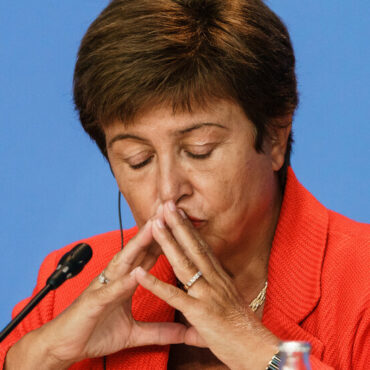 WASHINGTON — An investigation into manipulation of an annual World Bank report has found that Kristalina Georgieva, the bank’s former chief executive, who now leads the International Monetary Fund, directed staff to alter data to placate China.The findings of the investigation, which was conducted by the law firm WilmerHale at the request of the bank’s ethics committee, raised questions about the judgment of Ms. Georgieva during her time at the […]