With Trucks and Protesters Gone, What’s Next For Ottawa? 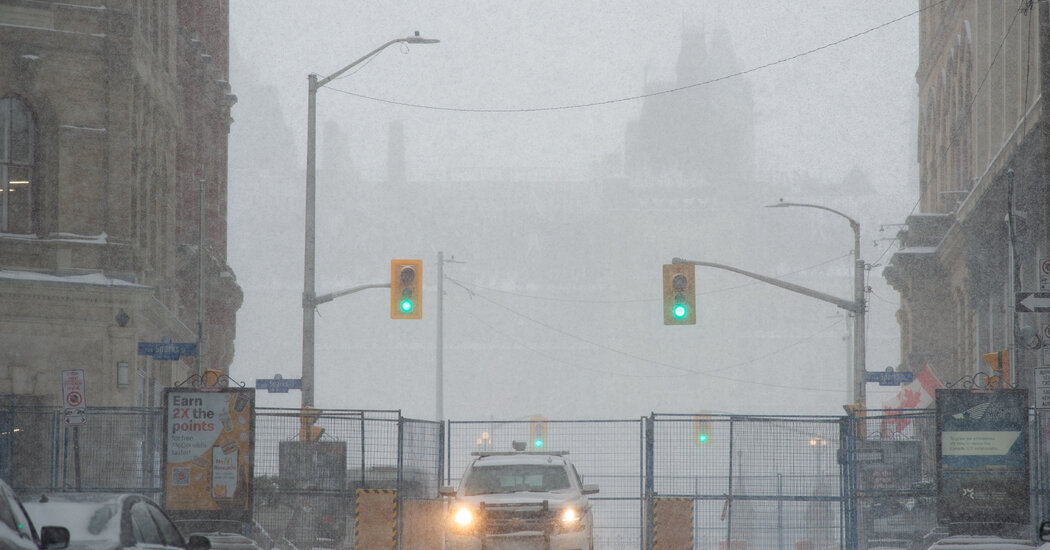 With the protesters who blocked its streets and disrupted life in Ottawa for three weeks routed and the Russian invasion of Ukraine underway, attention to the blockade of the Canadian capital by truckers and other protesters who rejected pandemic measures is fast fading. But while the protest may be over, its effects continue to linger in the city’s downtown and much remains to sort out in its aftermath.

As snow pelted down on Friday morning, two police checkpoints were still in place downtown. The first line, about four blocks south of Parliament Hill, was wide open to traffic and pedestrians for the most part. But police officers, who were mostly from the Ontario Provincial Police, were sitting in cruisers, apparently standing by in case the situation changed. All routes into Wellington Street, the road that was the focal point of the protest, are blocked by tall, steel fences, creating a barrier between the rest of the city and the Parliamentary district, including the National War Memorial.

Although the fencing will be removed at some point, it appears increasingly that traffic may never make its way along Wellington Street again. The Ottawa City Council voted this week to ask staff about closing it to cars and trucks at least until the end of the year, while the mayor and the councilor who both proposed the closure said it could become permanent. Jim Watson, the city’s mayor, would also like to see the federal government take control of the street which, with the exception of a church, is lined only with its buildings. Such a step would make policing and security along it the federal government’s problem rather than the responsibility of local police.

Even as many shops and restaurants have reopened after being closed for three weeks, the less than inviting atmosphere, parking restrictions and continuing transit disruptions meant that very few people were around to patronize them.

Even before the successful police action last weekend, the federal government promised 20 million Canadian dollars to businesses that had shut down or lost trade during the protests. But there is a significant catch: Claims are limited to 10,000 dollars each.

Sarah Chown is the managing partner of Metropolitain Brasserie, a large restaurant near Parliament, who said that the blockade was jeopardizing her business when I interviewed her at the peak of the protest. She now estimates that the federal relief will cover only her electrical and insurance bills for the period. She said on Friday that she hoped the province of Ontario would also step in with aid.

People who lost wages during the blockade, including an estimated 1,500 workers at the Rideau Centre shopping mall, may not recover anything close to what they lost. The main program for which they qualify provides only up to 300 Canadian dollars for each week they were forced to stay home.

In addition to adding up its blockade-related bills to present to the federal and provincial governments for reimbursement, the City of Ottawa must also figure out who will lead its police force after the resignation — mid-protest — of Peter Sloly as chief. Although the reason for his departure during the policing crisis was never made explicit, it followed increasing outrage among many in Ottawa over what they perceived as an excessively slow and tepid response to the situation. His successor is supposed to be selected by a police services board, which also saw several of its members quit or removed by council on Feb. 16.

Federal politicians will also weigh in on the police operation that ended the occupation as they review Prime Minister Justin Trudeau’s decision on Feb. 14 to invoke the Emergencies Act, a move unprecedented in Canadian history. The declaration, among other things, allowed the government to have banks and other financial institutions freeze accounts associated with protest organizers and protesters who jammed up streets with their trucks, cars and pickups. Those accounts started to be reopened at the beginning of the week, except for ones blocked by specific court orders.

[Read: Canada Ends Its Freeze on Hundreds of Accounts Tied to Protests]

Although the House of Commons approved Mr. Trudeau’s decision after an emergency debate, the Senate was in the midst of its deliberations about the declaration when the prime minister announced that the need for emergency powers was over. Members of the Conservative caucus, many of whom were prominent supporters of the protesters at least initially, are likely to continue their criticism of Mr. Trudeau’s decision to bring in special measures that they contend were an unnecessary overreach during the Parliamentary post mortem required by the emergency law. Jason Kenney, the premier of Alberta, is also challenging the move in court.

Looming over all of this, of course, is the question of whether more protesters in trucks will again roll into Ottawa or the other communities where they appeared this month and whether the blockade was the start of a bigger political movement.

Tamara Lich and Pat King, who were two of the most prominent organizers of the protest, were denied bail this week. When I visited one of the small regroupings of trucks and protesters well east of Ottawa early in the week, the mood was mainly subdued. A man who said he was an organizer declined to discuss the group’s plans before ordering me and a photographer to leave.

Along with Natalie Kitroeff, my Mexico City based colleague who came up to Ottawa to help our team cover the protest, I wrote a story looking into what the protest may have unleashed. The consensus of the experts we spoke with is that the protesters, who polls show alienated many Canadians, had failed to channel the energy built up over three weeks into a clear political force. 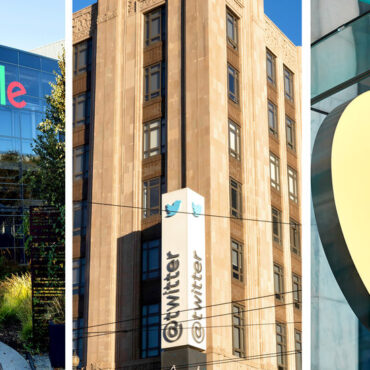 On Feb. 16, a Roskomnadzor official said companies that did not comply by the end of the month would face penalties. In addition to fines and possible shutdowns or slowdowns, the penalties could disrupt ad sales, search engine operations, data collection and payments, according to the law.“For those companies that have not started the procedure for ‘landing’ we will consider the issue of applying measures before the end of this […]