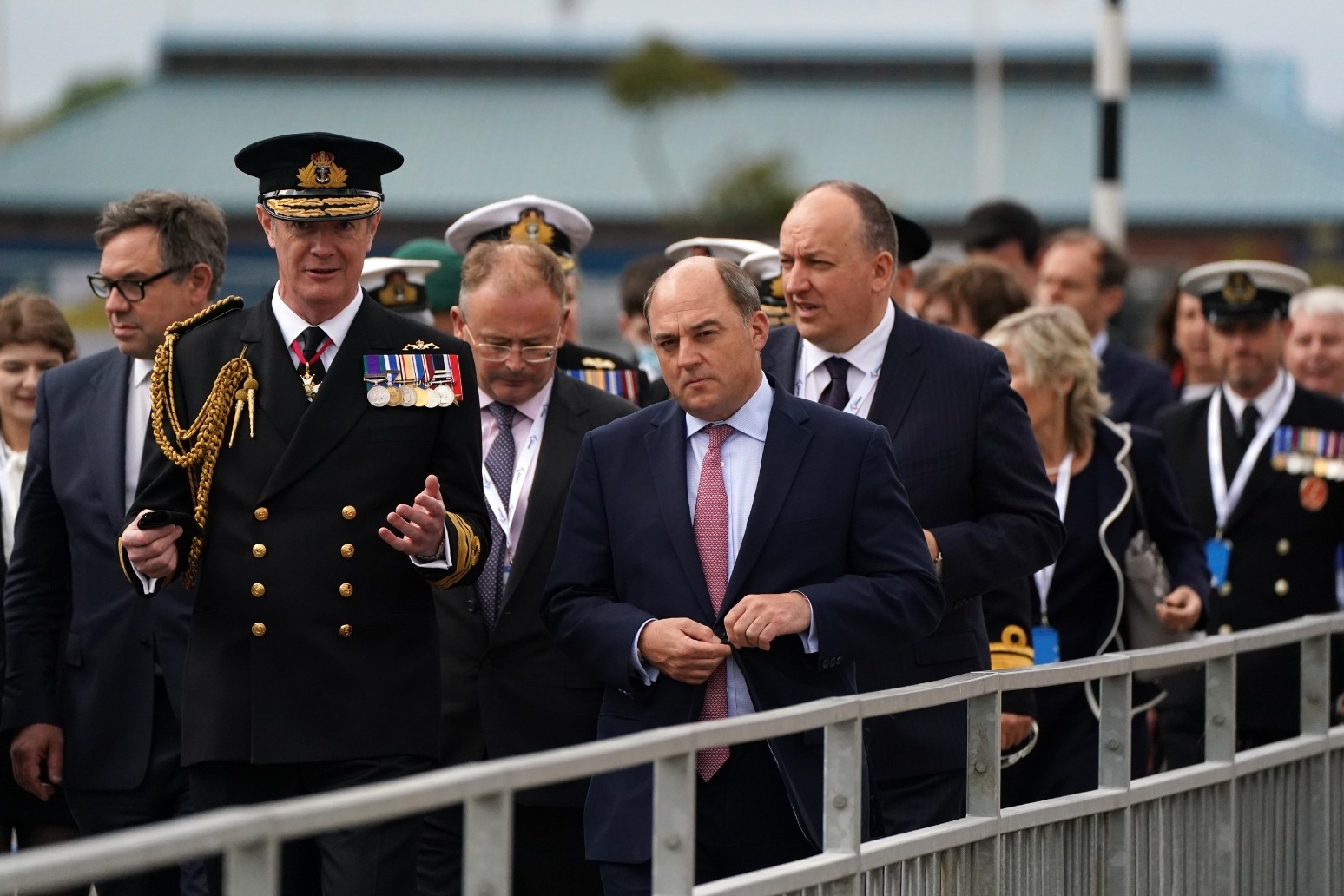 The ceremony for HMS Venturer on Thursday took place at Babcock’s facility at Rosyth in Fife, where the new Type 31 frigates are being built.

The newest of the Royal Navy’s frigate fleet will undertake a variety of roles on operations including interception and disruption of illegal activity at sea, intelligence gathering, defence engagement and providing humanitarian support.

Mr Wallace described the event as a “great milestone in the renaissance of British shipbuilding”.

He said: “Today is a momentous occasion for the Type 31 programme, defence and the shipbuilding industry in Scotland. As Shipbuilding Tsar, to cut the steel for the first of five new frigates that will be constructed here on our shores in the Firth of the Forth, providing jobs and innovation to the area, is a tremendous honour.

“Equipped with the innovative technologies at the forefront of the Royal Navy’s future vision, the entire Type 31 fleet will be fitted with a range of capabilities allowing it to undertake a variety of operations at sea.”

The Type 31 will be equipped with innovative technology and will have advanced capabilities fitted onboard, including MBDA’s Sea Ceptor, a supersonic anti-air missile defence system, as well as a 57mm and two 40mm Bofors naval guns, a 4D radar system and the space to house a Royal Navy helicopter.

Known as the Inspiration class, the five Type 31 vessels all take their names from former warships and submarines whose missions and history are intended to inspire Royal Navy operations.

Second Sea Lord Vice Admiral Nick Hine said: “This is an exciting time for the Royal Navy. The Type 31 represents the very best of British shipbuilding, and with its modular design will be configurable to meet the needs of both the Royal Navy and our allies around the world, now and into the future.

“Type 31s will operate across the globe with sustained forward presence, further signifying our intent of being a global navy and the foremost naval power in Europe.”

The construction of the fleet will support around 1,250 highly skilled jobs at Babcock and see the creation of an additional 150 apprenticeships, while a further 1,250 roles in the UK supply chain are also expected to be supported by the programme.

The Type 31 will carry a crew of up to 105 that will be deployed on duties around the world, working alongside new Type 26 frigates.

All five vessels will be built by Babcock on the Firth of the Forth with an average production cost of £250 million per vessel.

Babcock’s new assembly hall The Venturer Building was also named during the day.

The company’s chief executive David Lockwood said: “This is a significant moment. We are witnessing what the national shipbuilding strategy can achieve. Working with our partners and customers, we are creating something we can all be very proud of.

“The T31 class will show the adaptability and capability of a modern warship created with British ingenuity and engineering at its core. I’m looking forward to seeing these magnificent vessels emerge from our newly named Venturer Building.” 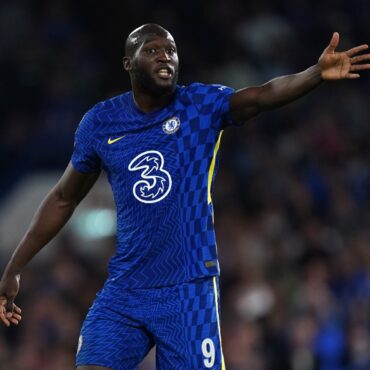 Chelsea striker Romelu Lukaku feels there is a need for football to adopt “stronger positions” than just taking the knee – calling for a players’ summit with social media companies, governments and stakeholders to help combat online racism. Earlier this week, Chelsea defender Marcos Alonso explained his decision to stop taking the knee before matches, instead continuing to stand and point to the ‘No To Racism’ badge on his shirt […]