Doha’s Hamad International Airport, which has been climbing the ranks for years, has been rewarded with the number one spot in 2021 in the “World’s Best Airport” category.

This year, Changi placed third — an achievement for any other airport, but perhaps not from the perspective of its superfans, who regularly praise the airport’s ease, comfort and top-notch food and drink options.

Doha’s ascendance coincides with hard work from its flagship airline, Qatar Airways. The Qatari government has invested heavily in both its national carrier and its airport, with pretty spectacular results.

Travelers on Qatar Airways who have a connecting flight at HIA can enjoy free city tours, gratis accommodation and food (depending on the length of the layover) and a VIP transfer service where airline employees meet visitors as they de-plane and guide them seamlessly through the airport and onto their connecting flight.

Airports in Europe and Asia dominated the rest of the 2021 list. Japan was voted best-rated country overall, with three airports in the top 10, including both of Tokyo’s airports (Narita and Haneda).

The World Airport Awards are voted for by customers in a global airport satisfaction survey conducted from August 2020 until July 2021.

Here’s the full list of the top 10 in the “World’s Best Airport” category:

In a year still battered by the coronavirus pandemic, it could be difficult to rate airports. Skytrax, which is an independent airline industry consulting group based in the UK, addressed that issue by creating a second list to specifically call out airports that did a good job of addressing the new health and hygiene protocols.
Rather than ranking them, Skytrax opted to simply acknowledge the good work done by 39 airports, listed in alphabetical order. This included Rome’s Fiumicino, which was given the first-ever “COVID-19 5-Star Airport Rating” from Skytrax last fall. Tokyo Haneda was also awarded the designation of Cleanest Airport.

Istanbul Airport was singled out as Most Improved, Changi won the Best Airport Staff award, Seoul’s Incheon was commended for Best Airport Security and Centrair Nagoya in Japan took home the prize for Best Regional Airport.

Skytrax also broke down the best airport recognitions based on the number of visitors who passed through each. 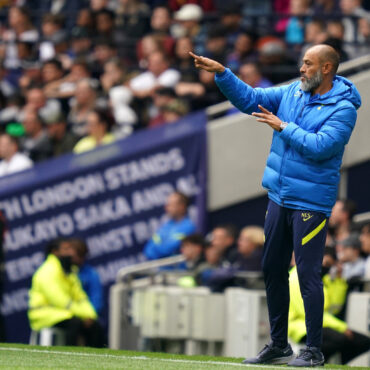 Tottenham chairman Daniel Levy remains adamant Kane will stay at the club this summer Tottenham boss Nuno Espirito Santo has confirmed that Harry Kane has reported to the club and plans to speak to him as Spurs also try to sign Inter Milan striker Lautaro Martinez. Kane ended his exile from the north London outfit on Saturday and is now isolating at the club’s training ground following his late return […]