The firm’s Henley Passport Index, based on exclusive data provided by the International Air Transport Association (IATA), has been regularly monitoring the world’s most travel-friendly passports since 2006.

It says that increasing travel barriers that have been introduced over the past 18 months of the Covid pandemic have resulted in the widest global mobility gap in the index’s 16-year history.

The index doesn’t take temporary restrictions into account, so leaving actual current travel access aside, holders of the passports at the top of its ranking — Japan and Singapore — are able, in theory, to travel visa-free to 192 destinations.

That’s 166 more destinations than Afghan nationals, who sit at the bottom of the index of 199 passports, and can access just 26 countries without requiring a visa in advance.

EU countries dominate the top of the list as usual, with Austria and Denmark in fourth place and France, Ireland, Netherlands, Portugal, Sweden in fifth place.

New Zealand, which announced this week that it was moving away from its Covid-19 elimination strategy in favor of a vaccine certificate system, is in sixth place alongside Belgium and Switzerland.

The United States and the United Kingdom, which held the top spot together back in 2014, are now more modestly placed in the rankings. They are at No. 7, alongside the Czech Republic, Greece, Malta and Norway, with visa-free or visa-on-demand access to 185 destinations.

Australia and Canada are in eighth place, Hungary is ninth, and Lithuania, Poland and Slovakia have together broken into the No.10 spot, with a score of 182.

Germany has the highest-ranking European passport.

The Henley & Partners report points to “growing inequalities” and makes the suggestion that “restrictive policies initially introduced to contain the spread of Covid-19 are now being conveniently applied to contain mobility from the global south.”

Mehari Taddele Maru, a fellow at the United Nations University Institute on Comparative Regional Integration Studies, comments in the report that, “The global north has been enforcing aggressive migration containment strategies for some time now through the rigid application of border controls, undermining the movement of persons in various ways.

“Covid-19-associated travel restrictions are new additions to the toolbox of migration containment instruments employed by the global north to curb mobility from the global south.”

Christian H. Kaelin, chair of Henley & Partners and creator of the passport index concept, says that these decisions could have far-reaching consequences.

“If we want to restart the global economy, it is critical that developed nations encourage inward migration flows, as opposed to persisting with outmoded restrictions,” he says. “Resourceful countries need to futureproof their economies by attracting and welcoming the upcoming generation.”

The worst passports to hold

Several countries around the world have visa-free or visa-on-arrival access to fewer than 40 countries. These include:

Henley & Partner’s list is one of several indexes created by financial firms to rank global passports according to the access they provide to their citizens.

The Henley Passport Index covers 227 travel destinations. It is updated in real time throughout the year, as and when visa policy changes come into effect.

Its late-2021 index has the United Arab Emirates in in the top spot, with a visa-free/visa-on-arrival score of 152. 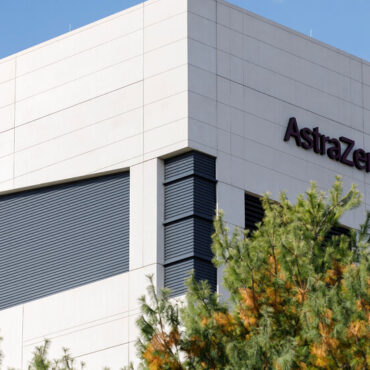 AstraZeneca said on Tuesday that it had asked the Food and Drug Administration to grant emergency authorization for an antibody treatment to prevent Covid-19 in people who are at high risk of the disease. If authorized, it would become the first such preventive treatment to be available in the United States, the company said.The company said in a statement that the treatment had reduced the risk of symptomatic Covid-19 by […]