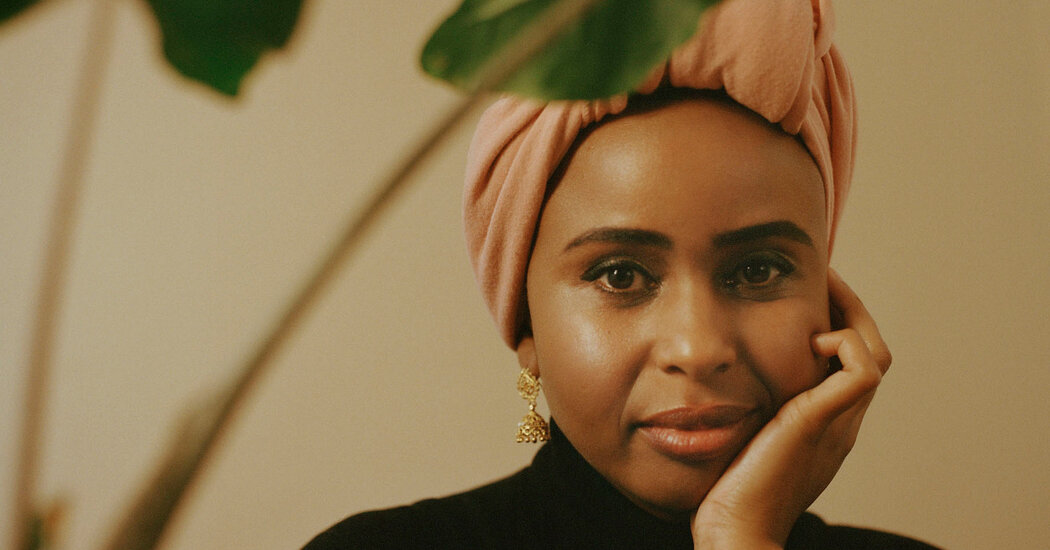 This book preceded what happened last year and in a way it’s felt as if everyone was migrating over to my position, because I’d always been ranting or raving about different cases. Whether that’s David Oluwale, who was hounded to death by the police in 1969, Joy Gardner, who was killed by officers during a deportation, Jimmy Mubenga, who was killed onboard a British Airways flight, these things have always weighed heavily on me. It’s not been a sudden awakening.

Want to keep up with the latest and greatest in books? This is a good place to start.

I’ve always seen the side of the state, and that’s probably why I was able to keep the interest in Mahmood Mattan’s story for all those years, because I knew this wasn’t anything that was changing quickly. Even now when I speak to the children in my family, and they talk about their experiences of racism, the way that the teachers talk to them or about them, you can see that they’re another generation that will have to carry on the struggle.

You’ve said that in a strange way you find much of yourself in Mahmood. Can you elaborate on that?

He also has a rebellious streak that you said you identify with. How would you say yours manifests?

I think by being a writer, first. That was kind of the opposite of what my family would have said was a good use of my life, as an Oxford graduate, as someone who’d had the benefit of going through the whole education system here and having other options available.

Being a writer, leaving university and looking unemployed, you were employed in your mind but on the surface you looked like you were not doing anything. But something about it clicked, and I felt as if I’d come alive. When I am writing, I feel as if I’m alive.

I’m very resistant to the way that women are treated in Somali society and laws. Somaliland and Somalia are very different in many respects but in one way, one thing they are united on, is a desire to keep women as second-class citizens. And that is something that does not sit well with me at all. And constantly saying that, repeating it, saying, “I’m not wrong, you guys are wrong and will one day realize you cannot behave in this way,” is something that I feel obliged to do.

Because it’s easy to be loved if you keep quiet. I think I’d rather be heard than silent and loved.

One of the things that interested me most about Mahmood was his misplaced faith in British justice. Was it difficult for you to address this? 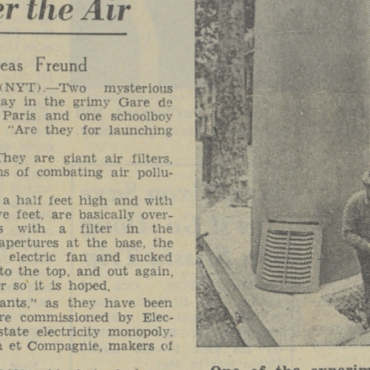 PARIS, Oct. 19 (NYT). — Two mysterious towers were set up today in the grimy Gare de Lyon area of eastern Paris and one schoolboy was overheard asking: “Are they for launching rockets to the moon?”The answer is no. They are giant air filters, to be tested as a means of combating air pollution here.The towers, 16 and a half feet high and with a diameter of about five feet, […]