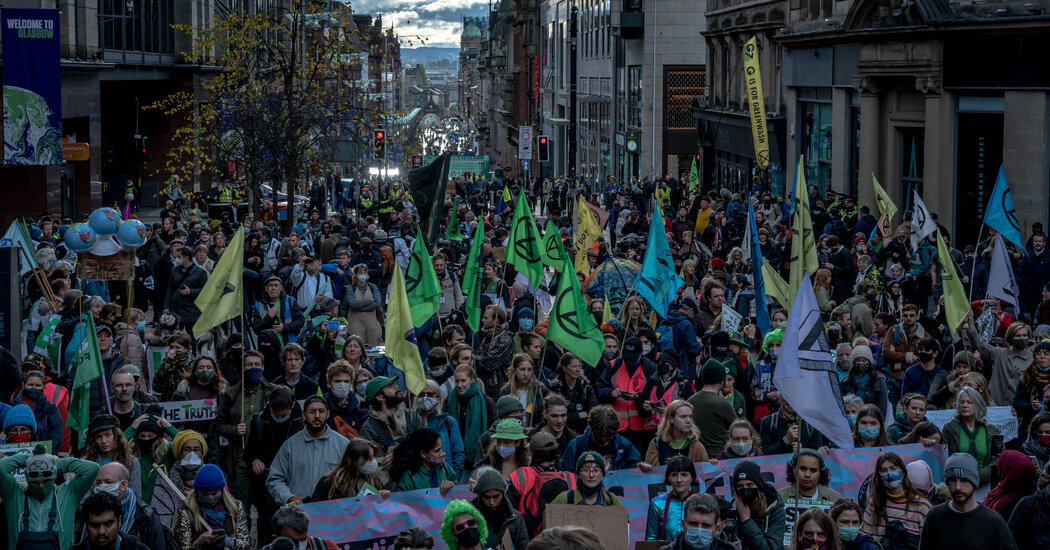 Activists who traveled from across the world to Glasgow to take part in the global climate talks and protest on the sidelines have expressed disappointment at what they see as empty promises from world leaders.

Yet many also found a new unity in their ranks and a renewed sense of purpose as they came together to demand urgent action, further strengthening a global climate movement that has transcended borders.

For young activists in particular, who have led some of the most urgent calls for action, and who organized the largest climate demonstration in Glasgow, the two-week conference known as COP26 has provided a moment to push for climate justice while elevating some lesser heard voices.

Evelyn Acham, a 30-year-old activist from Uganda, was attending her first United Nations climate conference. She said the protests provided an platform to communities on the front lines of the climate crisis who are least responsible for the emissions blamed for heating the planet.

“People need to learn something from what just happened,” she said of the marches in Glasgow. “We’re not leaving Glasgow the same, we are not leaving the world the same.”

Ms. Acham represents a group called Fridays for Future MAPA, which stands for Most Affected People and Areas, a branch of the climate advocacy group that grew out of Swedish teenager Greta Thunberg’s solo school strike that began in 2018. Ms. Acham hailed the opportunity for activists like her — who often face clampdowns on dissent in their home countries — to gather with counterparts from around the world.

Luisa Neubauer, a 25-year-old who founded the German branch of Fridays for Future, said that while “governments have been great at making promises and pledges and setting targets,” in previous conferences, they have not yet followed through.

Last year, Ms. Neubauer won a lawsuit against the German government, in which a judge ruled that the country’s climate protection measures were insufficient. She said that solidarity in the global climate movement is growing, and that the strong turnout for protests showed “what a human movement on the street can look like.”

“You see the faces of the climate crisis, you’ll see people that look like you and me who really care, who walked through the rain,” she said. “And we’re really saying this is the power and this is a people who are not letting go of their own future and of their own presents. And that’s beautiful.”

Many of the most prominent climate justice activists come from the Fridays for Future movement. President Barack Obama acknowledged the impact of these mostly young protesters in a speech to the conference on Monday. “They are forming a movement across borders to make the older generation that got us into this mess see that we all have an obligation to dig ourselves out of it,” he said.

As the conference draws to a close on Friday and negotiators from some 200 countries try to reach an agreement, activists said that they were seeking not just stronger targets for reducing harmful greenhouse gas emissions, but also an acknowledgment that the global response to climate change has long neglected the needs of developing nations. 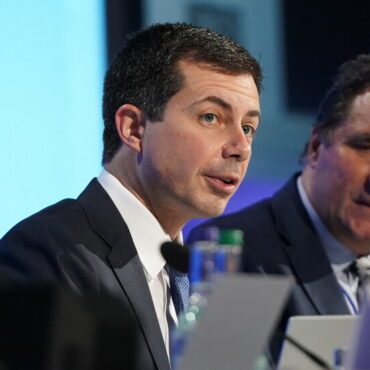 The United States did not join countries in a pledge to rapidly phase out gasoline and diesel-powered vehicles because the Biden administration is “focused on what we are doing at home,” Pete Buttigieg, the transportation secretary, said Tuesday.Speaking at the United Nations climate conference in Glasgow, where events on Wednesday were focused on transportation, Mr. Buttigieg said the United States was taking steps to reduce carbon emissions from vehicles. But […]