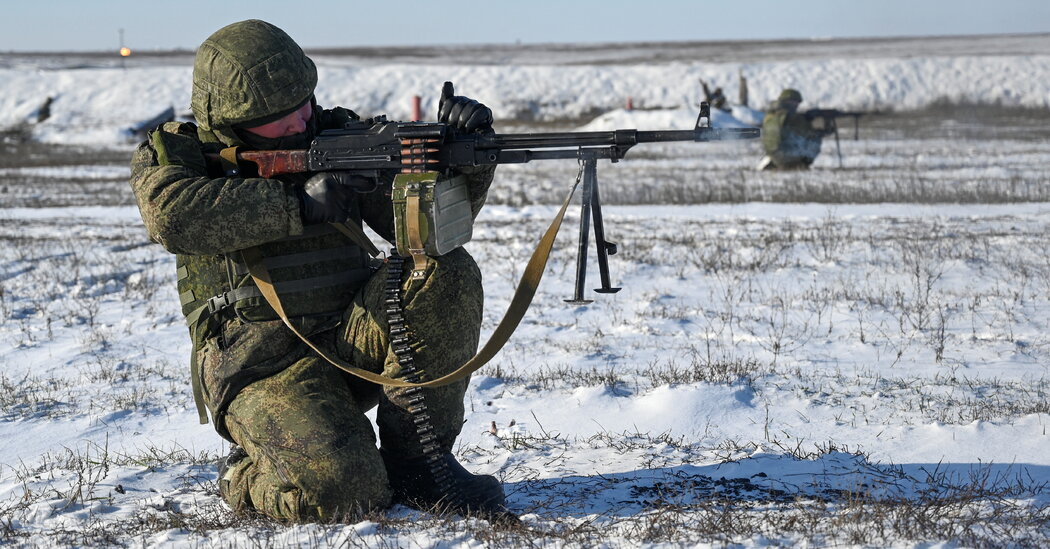 We’re covering a call between Joe Biden and Vladimir Putin over Ukraine and a strict lockdown in a big Chinese city, now in its second week.

Biden and Putin talk about tensions over Ukraine

President Joe Biden and Vladimir Putin, the Russian leader, held an important phone call on Thursday, speaking for the second time in less than a month about the crisis at the Ukrainian border.

News of the call, which was requested by Putin, set off speculation about whether Putin was trying to de-escalate a situation largely of his own creation, or whether he was seeking a response to a series of demands that, if left unfulfilled, may provide him with the pretext for military action in Ukraine.

Putin was likely to push Biden on a proposed treaty in which Moscow demanded assurances that Ukraine would never join NATO and that the alliance would not place offensive arms in the former Soviet states.

The discussion follows weeks of negotiating. Antony Blinken, the U.S. secretary of state, spoke with Volodymyr Zelensky, the president of Ukraine, along with his British, French and German counterparts, in an effort to make clear that the U.S. would not negotiate a new European map with the Russians.

What’s next: Delegations from the U.S. and Russia will meet on Jan. 10, most likely in Geneva.

On the ground: Intelligence officials from several Western countries say that there has been no significant pullback of Russian troops or equipment from the border, and that low-level cyberattacks — many seemingly intended to penetrate Ukrainian infrastructure — are continuing.

Related: As the Ukrainian government designates bomb shelters and provides guidance on how to tape windows in case of an attack, people in Kyiv, the country’s capital, appear largely nonchalant.

As a growing number of nations have moved away from lockdowns, China has doubled down on its “zero Covid” strategy.

Xi’an, a major city of 13 million people in the northwest, recorded 1,117 infections between Dec. 9 and Dec. 29, according to the government — far smaller than surges in the West, but among the largest in a Chinese city since the start of the pandemic. In response, officials locked down the city last week, closing schools and most businesses and largely barring people from leaving home.

Xi’an is one of the largest Chinese cities to be locked down since the authorities sealed off Wuhan. Daily testing is required for many citizens and the city was sprayed with clouds of disinfectant for a “full-scale” deep cleaning.

On social media, residents have complained of having trouble ordering food, with the hashtag “Grocery shopping in Xi’an is hard” getting 300 million views on Weibo. Censors deleted some of the posts, but officials acknowledged that the new restrictions had contributed to logistics and staffing problems.

A tiny French territory suspended between Australia and Fiji is at the center of a key test over whether Western carmakers can sidestep China’s dominance over battery power and establish sustainable practices.

Tesla, through a partnership with a large nickel mine in New Caledonia, will directly source much of the key mineral, a major step in a broader effort by the company to take control of its supply chain and ensure that its cars are made in an environmentally and socially responsible fashion.

If accomplished, Tesla could lead the way in setting global standards for the electric vehicle revolution, in yet another convention-defying move by the company’s founder, Elon Musk. If the effort fails, it will serve as a cautionary tale of how difficult it is to achieve true sustainability.

Environment: New Caledonia is one of the world’s largest carbon emitters per capita. But if the Tesla model succeeds, carbon emissions would plummet, with renewable energies powering the nickel processing facility. But nickel has been at the heart of politics in New Caledonia for centuries, and Tesla will have to contend with this freighted history.

Sidestepping China: Most of the world’s nickel destined for electric vehicle batteries is processed in one place: China. Tesla has plans to produce batteries in Texas and Germany, which would help avoid an overreliance on China.

The shift: Some of Tesla’s cars run on batteries made with nickel processed by a Japanese firm that has sourced much of its nickel from places like the Philippines, Indonesia and Madagascar, where allegations of environmental and labor breaches are rife.

With partisan politics, ethnic conflicts and border disputes dividing many countries across a world grappling with a deadly pandemic, the story of the launch of the James Webb Space Telescope seems to have defied the odds. The spacecraft — launched to search for habitable planets and to seek out the earliest, most distant stars and galaxies — was a potent reminder that international cooperation on grand-scale projects was still possible.

Our most popular dispatches of 2021

This year, as the world reopened cautiously, our correspondents ventured out in search of stories that would astonish, delight, provoke and enlighten. They then sent back dispatches from 40 countries on six continents.

In one, our Berlin correspondent Melissa Eddy told the story of an ex-dairy farm in Germany that was turned into an animal retirement home, where the cows and pigs live peacefully — provoking questions about how we eat.

In another, our South Asia bureau chief, Mujib Mashal, who grew up in Kabul, wrote about returning there just before the Taliban’s victory, and taking in the end of one era and the fearful start of another.

Read those stories and a dozen more from our list of this year’s 14 most popular dispatches. 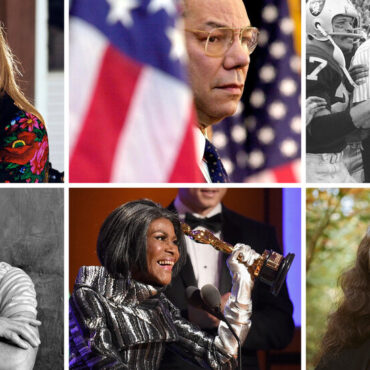 Deaths in 2021: Headline Names Against the Backdrop of Pandemic

Half a world away, two former strongmen who led South Korea in back-to-back regimes in the 1980s and ’90s died within a month of each other: first, in October, Roh Tae-woo, a former general who oversaw, with a stern eye, his country’s transition from dictatorship to democracy; then, in November, Chun Doo-hwan, the bloodstained dictator who had seized power in a coup and later handpicked his friend Mr. Roh to […]