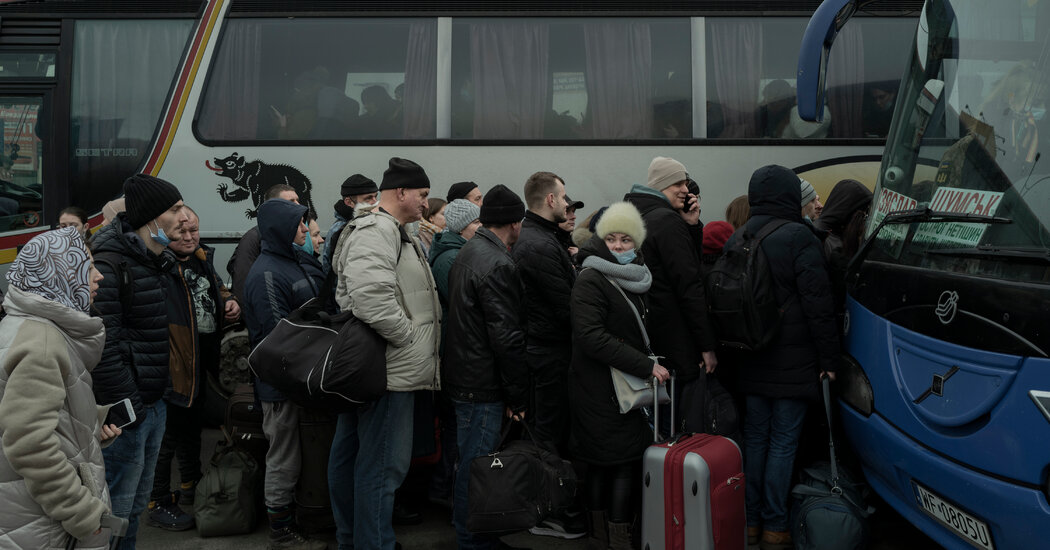 Good morning. We’re covering the war in Ukraine and a new vaccine hub in South Korea.

Less than a day after Russian forces attacked Ukraine on all sides, setting off intense fighting around the country, President Biden said from the White House that it was a “dangerous moment for all of Europe,” and that President Vladimir Putin of Russia had “unleashed a great pain.” Here are the latest updates, a map of the war and a guide to its causes.

“This was never about genuine security concerns,” Biden said of Putin’s motivation. “It was always about naked aggression, about Putin’s desire for empire.” A U.S. Defense Department official told reporters that Russian military forces were moving to decapitate the Ukrainian government in Kyiv.

The U.S., Britain and NATO allies plan to impose sanctions on Russian banks, leaders, tech exports and elites and freeze trillions in assets. “We have to show resolve,” Biden said, adding that it would take time for the sanctions to make an impact.

U.S. forces are not going to fight in Ukraine, but additional troops will be deployed to Germany and NATO’s eastern flank to bolster defenses. E.U. leaders met in Brussels to talk about more sanctions.

Attacks: Russian forces captured the Chernobyl power plant north of Kyiv, site of the 1986 nuclear disaster. Explosions were reported in Kyiv, Kharkiv and elsewhere. At least 40 Ukrainian troops were killed in the fighting, the Ukrainian ambassador to the U.S. said, along with “dozens” of civilians. She pleaded for help.

In Kyiv: Families told our reporters why they were fleeing and how terrified they felt. “I fear for my kids,” said Anna, whose family was stuck in some of the long traffic columns along roads out of the capital.

In Russia: Thousands took to the streets to protest Putin’s decision to invade, only to be met with a heavy police presence. Others around the world followed suit.

Putin: In a rambling speech, the Russian president reminded the world that his country “remains one of the most powerful nuclear states” with “a certain advantage in several cutting-edge weapons.”

The price of oil jumped to as high as $105 a barrel, European natural gas futures soared 50 percent and global stock indexes fell on Thursday, as Russia’s invasion of Ukraine extended market turmoil that had been driven by fears of a full-scale attack.

Wheat futures on the Chicago Board of Trade were up more than 5 percent as of early Thursday afternoon — together, Ukraine and Russia produce nearly a quarter of the world’s wheat.

President Biden warned on Thursday that Americans might feel the squeeze, but said there was no question that the U.S. and its allies needed to respond aggressively. “America stands up to bullies,” he said. “That’s who we are.”

The impact on financial and commodity markets was immediate and broad, starting in Asia, where the Hang Seng in Hong Kong lost 3.2 percent. In Germany, the DAX index slid more than 4 percent, and the broader Stoxx Europe 600 was about 3.5 percent lower.

On Wall Street, the S&P 500 tumbled 2.5 percent at the start of trading before rebounding slightly as the initial panic seemed to ease somewhat. By midmorning, the index was down about 1.5 percent. The Russian stock exchange briefly suspended trading earlier in the day.

Global impacts: Increases in commodity prices could raise inflation in Europe and the U.S. by as much as 1.5 percentage points in the next few months, Capital Economics, a research firm, said. Parts of the Middle East and Africa receive most of their wheat from Russia and Ukraine, and restrictions could prompt concerns about social unrest.

The World Health Organization plans to establish a training hub in South Korea to teach low- and middle-income countries how to produce their own mRNA vaccines.

The effort, announced on Wednesday, would help mitigate global vaccine inequality and the shortage of skilled workers in the vaccine manufacturing industry, the agency said in a statement.

The move follows the organization’s ongoing effort in South Africa to reverse-engineer existing mRNA vaccines and share the technology with low-income countries, after unsuccessful attempts to have Pfizer and Moderna share their technology. So far, the agency has chosen Bangladesh, Egypt, Indonesia, Kenya, Nigeria, Pakistan, Senegal, Serbia, South Africa, Tunisia and Vietnam to receive mRNA technology.

After a nine-year counterterrorism mission that failed to bring the peace it promised, France announced plans to pull out of Mali after a falling out with its new leaders who had taken over after a military coup.

But France is not ending what some fear could be a forever war. Instead, the country and its allies will meet in June to discuss restructuring their missions in the Sahel region, which cuts across Africa just below the Sahara. Emmanuel Macron, the French president, has spoken emphatically about wanting to build ties outside its traditional sphere of influence, including with Niger or countries in the Gulf of Guinea.

New priorities will be needed to avoid repeating the Mali quagmire, said Lori-Anne Théroux-Bénoni, who leads research on the region at the Institute for Security Studies. Instead of focusing on neutralizing the leaders of jihadist groups, France and its allies should work to end the conditions that encouraged recruitment, bolster local security and protect civilians, she said.

In the short run, though, this change may further crowd the theater of conflict, as France would need to engage with countries that have stayed out of the sprawling operation. 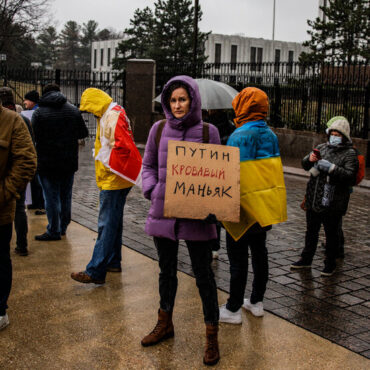 As international humanitarian groups warned that the Russian invasion could trigger a major exodus from Ukraine, some refugee resettlement leaders in the United States called on the Biden administration to prepare to welcome people fleeing for their lives.“It will be our moral imperative to welcome Ukrainian refugees, as we have been doing for decades,” said David Duea, president of the Northwestern affiliate of Lutheran Immigration and Refugee Service. The agency […]