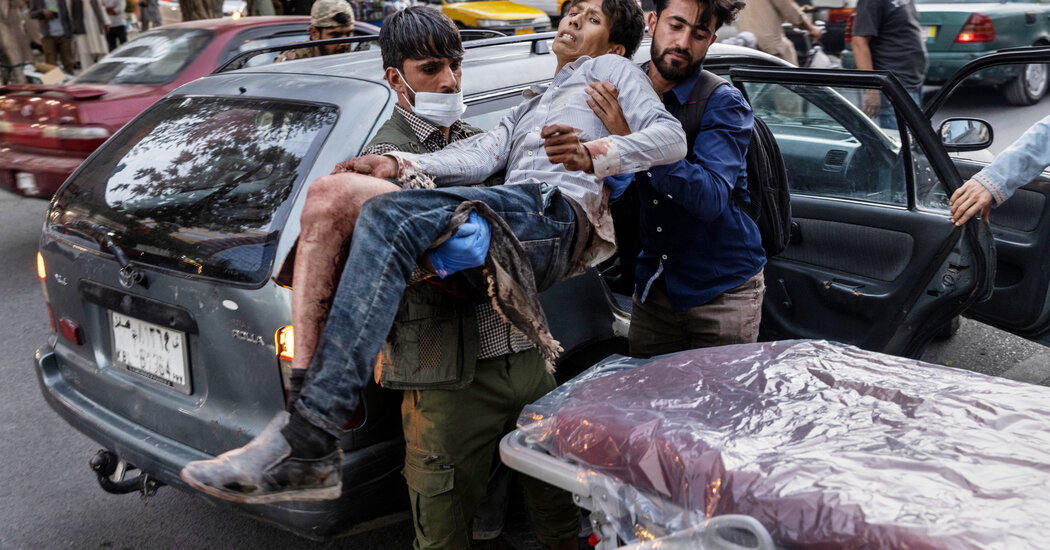 We’re covering the bomb attacks near the Kabul airport and the meeting between President Biden and Prime Minister Naftali Bennett of Israel in Washington.

In the final days of the 20-year U.S. presence in Afghanistan, the bombing caused one of the highest single American tolls of the war. The bombs were set off near a crowd of families at the airport gates who were desperately hoping to make one of the last evacuation flights out.

“We’re outraged as well as heartbroken,” President Biden said in an address from the White House. “Know this,” he said to the attackers. “We will not forgive, we will not forget. We will hunt you down and make you pay. I will defend our interests and our people with every measure at my command.”

The night before the attack, a senior U.S. official had warned of a “specific” and “credible” threat at the airport by an affiliate of the Islamic State, and Western governments had urged people to leave the area. The Taliban condemned the attack.

A Times journalist saw dozens of dead or severely wounded people in one part of one hospital alone. These images show the horrific scenes.

Japan’s health authorities announced on Thursday that they would halt the use of over 1.6 million doses of Moderna’s coronavirus shots after some vaccination sites found tainted vials.

Contaminants were discovered in nearly 40 doses at eight locations across Japan.

The problem comes as Japan confronts its worst Covid growth yet and concerns are growing that hospitals are getting overwhelmed.

Takeda Pharmaceutical, which distributes the shots in Japan, asked Moderna to investigate. It did not report any health issues arising from the tainted vials. The chief cabinet secretary said that it was unclear how many people had the contaminated doses but that there had been no reports of ill effects.

A health ministry official said that the substance might have been metal, Nikkei Asia reported.

Japan’s surge: Tokyo declared a fourth state of emergency in July. Daily case numbers reached over 25,000 nationwide for the first time on Friday. The Japan Times reported that patients were being turned away.

Progress: About 43 percent of Japan’s population is fully vaccinated. In addition to Moderna, Japan has approved the Pfizer-BioNTech and AstraZeneca versions. The decision to halt the doses was not expected to have a major impact on the overall campaign, according to a government official.

Will the U.S. and Israel rebuild trust?

President Biden and Prime Minister Naftali Bennett of Israel will meet for the first time on Friday. One of the most important items on the agenda is intelligence sharing.

Until the end of Benjamin Netanyahu’s term, the U.S. and Israel had long worked together on intelligence matters, especially when it came to Iran’s nuclear program. When Biden promised to restore a nuclear deal with Iran, Netanyahu ordered that his national security officials reduce the information shared with the U.S. on Iran.

Bennett, who opposes a return of the Iran nuclear deal, is seeking U.S. support for covert attacks to cripple Iran’s nuclear program. The U.S. depends on Israel’s robust spy network in Iran, after Tehran mostly stamped out the U.S. network of spies.

The meeting, initially planned for Thursday, was delayed when Biden was held up in crisis talks at the White House over the Kabul attack.

Kofu, in Yamanashi Prefecture, houses around 1,000 jewelry-related companies, making it the most important jewelry producer in Japan. Its secret? The presence of rock crystal in its mountains, and a tradition that goes back two centuries.

The tennis star Roger Federer is one of few athletes in history to earn $1 billion during his playing career — a milestone he reportedly achieved this year. He joins the ranks of Tiger Woods, Floyd Mayweather, LeBron James, Cristiano Ronaldo and Lionel Messi.

“Considering Djokovic’s and Nadal’s achievements, it’s debatable whether he’s even the greatest player of this era,” Christopher Clarey, who has followed Federer on six continents and interviewed him more than 20 times, writes in The Times Magazine. “What is undeniable, though, is that no tennis superstar has ever built a financial empire comparable to Federer’s.”

Federer’s on-court achievements make up only part of his wealth. About $130 million of his earnings have come from prize money, placing him second in tennis to Novak Djokovic, who has earned approximately $152 million. The lion’s share comes from sponsorships, exhibition events and appearance fees at tournaments. Clarey credits Federer’s billion-dollar brand to his strategic instincts and “the sort of personality that might be more suited to a boardroom or a political campaign than to a pro-sports arena.”

Read about how Federer built his empire. 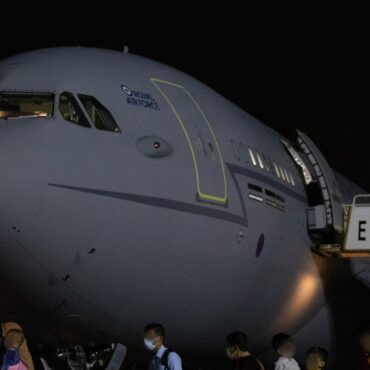 Two suicide bombers and gunmen have attacked crowds of Afghans flocking to Kabul’s airport, transforming a scene of desperation into one of horror At least 60 Afghans and 12 US troops were killed, officials said. US officials said 11 Marines and one Navy medic were among those who died. They said another 12 service members were wounded and warned the toll could grow. More than 140 Afghans were wounded, an […]