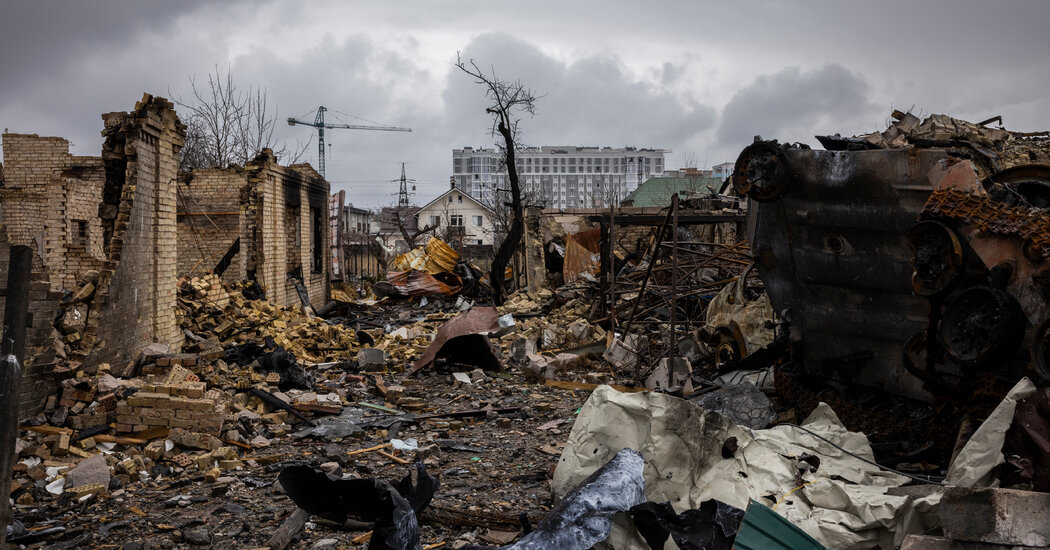 Good morning. We’re covering reports of Russian atrocities, a bubbling political crisis in Pakistan and a Taliban ban on growing poppies for opium.

Resistance: Here’s how Kyiv has withstood Russian attacks and how already legendary fighters repelled Russians from the small garrison city of Vasylkiv.

Ripple effects: The war has driven up the cost of food in East Africa, which is facing what could be its worst drought in four decades.

State of the War:

The move — a defiant bid by Khan to remain in power, despite losing the backing of the military — threatens to plunge the country into a constitutional crisis. On Saturday, Khan said he would not accept the result of the vote, dismissing it as part of an American conspiracy against him.

Opposition leaders accused Khan of high treason and asked the country’s Supreme Court to intervene, calling it “unprecedented” and a “blatant violation” of Pakistan’s Constitution. A hearing was scheduled for Monday.

Analysis: The maneuver risked destabilizing the fragile democracy in Pakistan, a nuclear-armed nation that supports the Taliban. Since Pakistan became an independent country in 1947, not one of its prime ministers has completed a full term.

Profile: Khan, a former cricket star, was elected in 2018 on a nationalist promise to fight corruption and distance Pakistan from the U.S., with which it has had a troubled history. If Khan is ousted, many experts say that Pakistan could grow closer to the U.S. and the West.

The insurgents turned rulers of Afghanistan outlawed the cultivation of opium flowers on Sunday. The decree also banned the use, sale, transfer, purchase, import and export of wine as well as heroin and other drugs.

The move will have far-reaching consequences for the many farmers who turned to the illicit crop amid the nation’s brutal drought and economic crisis.

Many farmers had planted the crop — which can be stored for some time after harvesting — as an investment. They anticipated dwindling supply and rising prices, though they knew the Taliban could move to restrict cultivation. The Taliban’s announcement on Sunday came during the poppy harvest.

Context: Afghanistan accounts for about 80 percent of the world’s supply of opium.

Background: In the 1990s, the Taliban made several halfhearted attempts to restrict opium before enacting a ban on the cultivation of opium poppies shortly before the U.S. invaded Afghanistan in 2001, after which the Taliban turned to the crop to fuel their war machine for two decades.

Asia and the Pacific

The Thai government is mounting a campaign to get the world to call Thailand’s capital Krung Thep Maha Nakhon (Bangkok). Thai citizens would prefer that their leaders focus on fixing the country’s battered economy.

Now, tiny bits of plastic have infiltrated the slow-descending flakes, which are the deep sea’s main food source and a pipeline that carries the ocean’s carbon to the seafloor. The microplastics, normally buoyant, sink with the flakes.

That’s new information: Scientists had originally assumed that plastic mostly floated on the surface. But a recent model found that 99.8 percent of the plastic that entered the ocean after 1950 sank below the first few hundred feet. Scientists have found 10,000 times more microplastics on the seafloor than in contaminated surface waters.

They are just beginning to understand the consequences. Because microplastics add to the surface area of marine snow, the mixture could carry more carbon to the seafloor and alter our planet’s ancient cooling process.

Sinking microplastics may also damage deep-sea food webs. “The plastics are a diet pill for these animals,” a carbon cycle scientist told The Times. 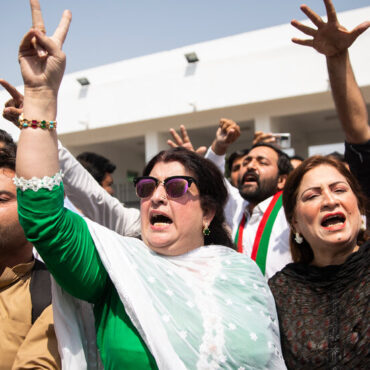 ISLAMABAD, Pakistan — Prime Minister Imran Khan dissolved Pakistan’s National Assembly and called for new elections on Sunday, blocking a no-confidence vote that had been widely expected to remove him from office and plunging the country into a constitutional crisis.The extraordinary move deepened the political turmoil that has gripped Pakistan after Mr. Khan, the international cricket star turned politician, lost the backing of the country’s powerful military and a coalition […]