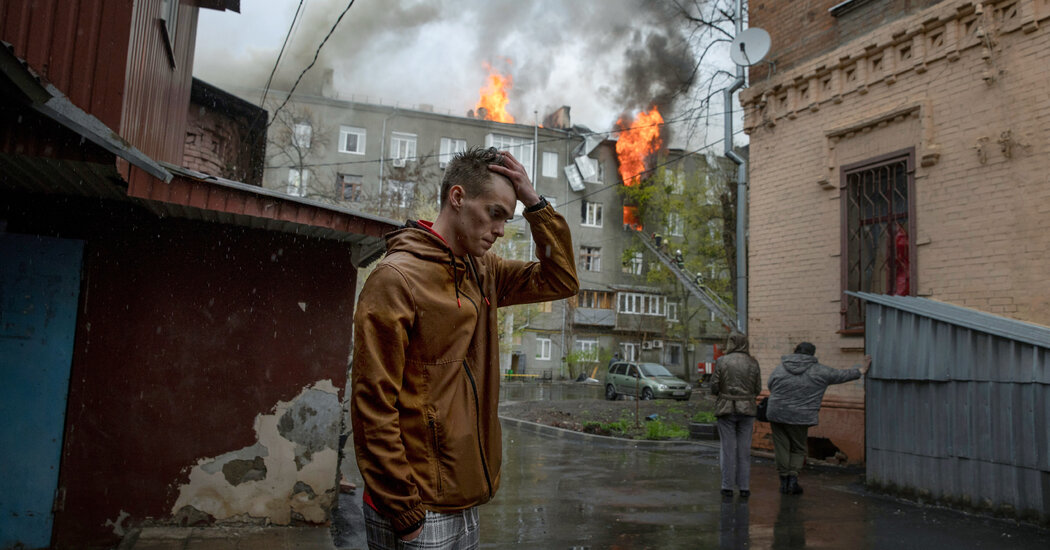 We’re covering Russia’s demands for surrender in Mariupol and the Houthis’ increasing influence in the Middle East.

Russia warned on Sunday that the remaining Ukrainian fighters in Mariupol would be “eliminated” if they did not surrender, a sign of a potentially bloody battle to capture the southern port city.

The Russian Defense Ministry said it had intercepted a radio transmission indicating that Ukrainian forces holding out at a steel plant in Mariupol had “forbade negotiations about surrendering.” “In case of further resistance,” the ministry said, repeating a demand to put down weapons immediately, “all of them will be eliminated.” A ministry spokesman said that Russian forces had surrounded about 2,500 Ukrainian soldiers in the plant.

Capturing the city would be a significant advance for Russia in its bid to control Ukraine’s southeastern coast, complete a land bridge to occupied Crimea and refocus forces on the eastern Donbas region.

Brutality: The atrocities of Moscow’s war on Ukraine — the programmatic bombing and the individual cruelty of soldiers and units, as carried out in Bucha — have deep roots in Russia’s military.

India and the W.H.O. clash over Covid’s death toll

The World Health Organization has calculated that 15 million people died from the coronavirus pandemic by the end of 2021, more than double earlier estimates. But the release of that estimate, which involved more than a year of research, has been delayed for months because of objections from India, which has tried to keep such a calculation from becoming public.

India disputes the W.H.O.’s evaluation that at least four million people there died from Covid — the world’s highest tally — and stands by its own count of about 520,000. The delay has created turmoil in the staid world of health statistics. Many experts believe that the W.H.O.’s data is essential for understanding how the pandemic has played out and what steps could mitigate a similar crisis in the future.

Official death tolls in other countries, such as China and Russia, have also come under question. The W.H.O. has reportedly found excess mortality of more than one million Russians during the pandemic, far more than the government’s estimate of 300,000. But while the Kremlin says it did not undercount, the government has made no effort to stall the release of the data.

The Houthis realign the Middle East

When a band of scrappy rebels known as the Houthis stormed out of northern Yemen’s mountains in 2014, friends and foes dismissed them as unsophisticated tribal fighters. But during Yemen’s civil war, the group has gone through a remarkable transformation.

The Houthis, officially known as Ansar Allah, or the Partisans of God, now rule a repressive proto-state in northern Yemen. They control a vast arsenal that includes cruise missiles, kamikaze boats and long-range drones that threaten the Persian Gulf powerhouses it has waged war against, Saudi Arabia and the U.A.E.

The swift expansion of the Houthis’ abilities stems largely thanks to covert military aid from Iran, according to U.S. and Middle Eastern officials. Iran has integrated the group into its network of militias and built up Houthis’ ability to subvert Saudi defenses with relatively cheap weapons. But their rise led to a regional realignment, with more Arab countries willing to side with Israel or the U.S. to counter Iran.

Strategy: Iran’s cultivation of the Houthis mirrors the country’s support of other militias over the past three decades to extend its reach across the Middle East, including Hezbollah in Lebanon, Hamas in Gaza and groups in Syria and Iraq. This network, which includes the Syrian government, calls itself the Axis of Resistance and aims to fight Israeli and U.S. influence.

In the Old City of Jerusalem, a Christian, a Jew and a Muslim marked Easter, Passover and Ramadan all at once for the first time since 1991. To some, the overlap embodied the wonder of Jerusalem. To others, the convergence highlighted the incompatibilities and the inequities of a city where many Palestinian residents consider themselves living under occupation.

For dancers, touch is routine. Now, when it comes to choreography that simulates sex or violence onstage, some companies are hiring intimacy directors, Laura Cappelle writes in The Times.

In recent years, more films and plays have turned to intimacy directors to choreograph scenes and look after performers. But intimacy work for screen and theater doesn’t necessarily translate to dance, where the choreography mostly can’t be altered. And dancers have been discouraged from speaking up. Tales of boundaries being crossed are commonplace in ballet, where training starts young and most companies maintain a strict hierarchy.

Intimacy coaching sessions offer a space for dancers to voice their concerns. For a production at Scottish Ballet, the change in the dancers was “instant,” the company’s director said.

In one exercise, the dancers used a drawing of a body to mark the areas that felt vulnerable and then communicated such boundaries to their colleagues. “To see it in black and white, and to speak to your partner, it opens up that whole trust,” one dancer said. “And it wasn’t just me saying it. It was the whole group.”

The latest episode of “The Daily” is about a Supreme Court case brought by a prisoner who spent decades in solitary confinement.

You can reach Matthew and the team at briefing@nytimes.com. 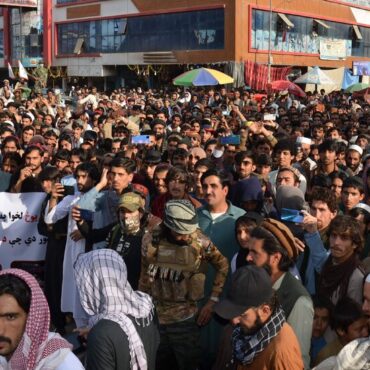 But that hope proved futile. The November ceasefire was not renewed and after it expired, the Pakistani Taliban stepped up attacks on Pakistan’s soil in its effort to pressure authorities into allowing militants to return to their hometowns with impunity.“Over the last several months, the T.T.P. has inflicted heavy losses on Pakistani security forces,” said Asfandyar Mir, a senior expert at the United States Institute of Peace, referring to Tehreek-e-Taliban […]