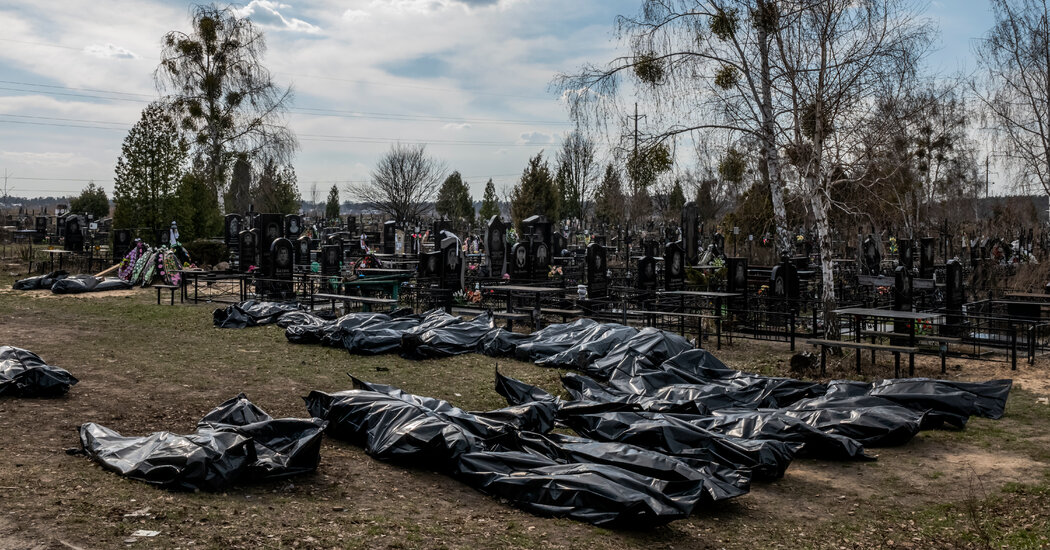 We’re covering Russia’s campaign of terror in Bucha and the easing of Covid restrictions in South Korea.

Deadly strike: Officials in the eastern city of Kramatorsk updated the death toll from a Russian missile strike on a crowded train station to at least 57 people, with another 109 wounded. Those who remain in Kramatorsk have started preparing for a siege.

U.S. assistance: The Biden administration is debating how much the U.S. can or should assist an international investigation into war crimes in Ukraine. The government may be hamstrung by laws aimed at barring the International Criminal Court from charging Americans.

When Japan agreed this year to send shipments of military equipment to Ukraine, it broke a 75-year streak of avoiding such conflicts. It was a decisive step away from the pacifist ideology that has been central to the country since the end of World War II.

Japan has moved against Russia largely in lock step with the U.S. and Europe, and it is also pushing to build its own deterrent power rather than relying on its alliance with the U.S. Japanese lawmakers are now calling for increases in the country’s defense budget, and the debate is intensifying over whether Japan should acquire weapons capable of striking missile launch sites in enemy territory.

Prime Minister Fumio Kishida, the leader of a dovish wing of the governing party, said last week that it was important to “thoroughly enhance defense with a sense of speed,” a major departure from his previous focus on taming the coronavirus pandemic and reforming economic policy.

Threats: Japan’s northern island, Hokkaido, sits just 25 miles from Russia. A territorial dispute over four islands has prevented Japan and Russia from signing a peace treaty. But perhaps Japan’s two biggest sources of anxiety are China, which it worries will use force to take control in Taiwan, and North Korea, which has tested several missiles near Japanese waters.

Coronavirus cases in South Korea have dropped substantially over the past week, and health officials there are beginning to reopen the country.

With 90,928 new cases reported yesterday, the fewest in nearly two months, South Korean testing centers will no longer offer free rapid tests to the general public and will administer P.C.R. exams only to those in high-risk groups. The country’s health authorities are planning to soon lift most restrictions, while still making masks mandatory indoors.

The decrease in cases and easing of restrictions falls in line with the trend in many other Asian countries, with the notable exception of China. Shanghai and more than a dozen other cities in China are under full or partial lockdowns to tackle Omicron-related spikes. The lockdowns are exposing a growing social and economic cost of the zero-Covid strategy.

In other pandemic news:

Just four years ago, a hospital in Sierra Leone, the Kissy Lunatic Asylum, kept psychiatric patients in chains. Today, it has medication, therapy and attentive care — part of a revolution to build a mental health care system from scratch in one of the poorest countries in the world.

On hot, moonless nights in New Zealand, a collection of photographers spread out across the beaches, wading knee-deep in the surf, hoping to photograph glowing waves.

Bioluminescence, a natural phenomenon in which glowing algae give crashing waves an ethereal, electric blue aura, is difficult to capture. But with some technical skill and a bit of luck, enthusiasts say that New Zealand is an especially good place to “chase bio.”

While relatively common deep in the ocean, the behavioral motivations of bioluminescent organisms — such as fireflies and anglerfish — are still something of a mystery. The most popular explanation for why algae glow in the oceans is the “burglar alarm” hypothesis, which suggests that the organisms create light by chemical reactions inside their bodies when big fish swim by in order to scare off smaller fish that eat algae. 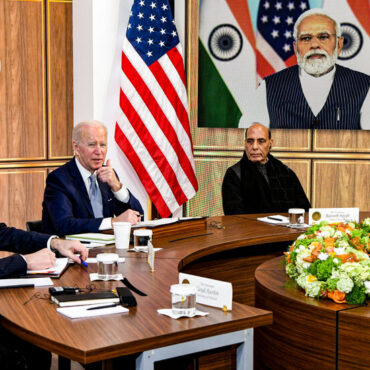 President Biden emphasized growing defense cooperation with India in a virtual meeting with Prime Minister Narendra Modi on Monday — a line U.S. officials have increasingly touted in the hopes of convincing New Delhi to come off the fence over Russia’s war on Ukraine.India has long been reliant on Russia for military hardware, an important factor in the deep historic ties between the two countries. And so despite global condemnations […]