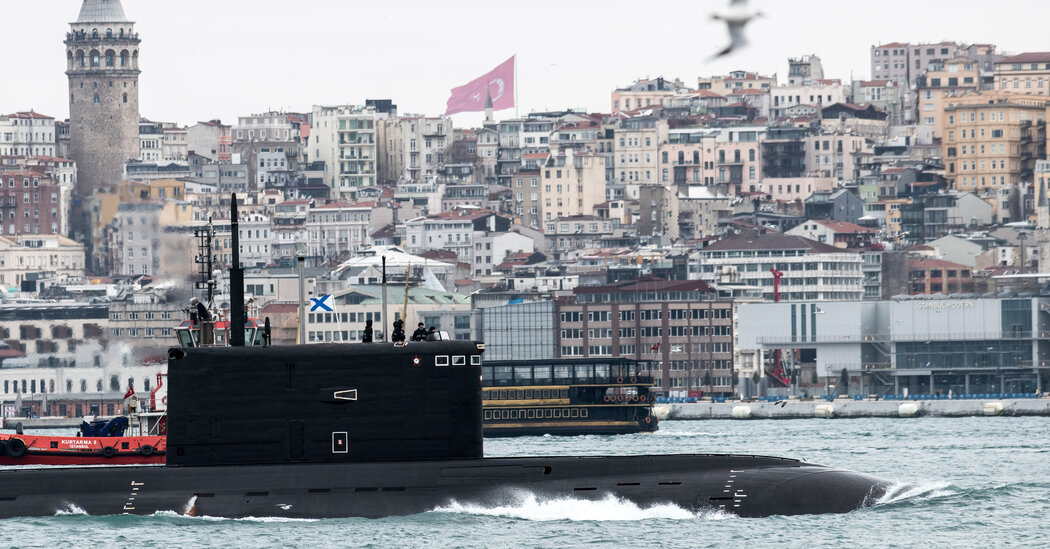 We’re covering a possible shift from Ukraine on joining NATO, and Canada’s next move to end protests.

With Russian warships massing off Ukraine’s Black Sea coast and the U.S. warning of an imminent invasion, Ukraine’s president hinted at a major concession, suggesting that his country might have to abandon the possibility of joining NATO.

“Maybe the question of open doors is for us like a dream,” President Volodymyr Zelensky said on Monday.

The comment came just as Russia’s top diplomat said that the possibilities to reach a diplomatic resolution to the crisis were “far from exhausted.” Western officials have expressed fears that the window for diplomacy may be closing after a phone call between President Biden and President Vladimir Putin of Russia over the weekend resulted in “no fundamental change in the dynamic,” according to the White House.

Military moves: Russian and Belarusian fighter jets held large-scale joint military exercises, including in airspace near Ukraine, fueling further concerns of an attack. This map shows the estimated 130,000 Russian troops, in addition to tanks and heavy artillery, that are moving into positions. Videos, satellite images and social media posts reveal the scale and intensity of the deployments.

After the Canadian police cleared protesters from a bridge that serves as a critical economic link between the U.S. and Canada, traffic began moving again on Monday. However, the protests continued to disrupt the nation’s capital, Ottawa, for a third week.

The government of Prime Minister Justin Trudeau said it was considering whether to invoke the Emergencies Act, which would temporarily confer enormous power to the authorities to restore public order. Here are our live updates.

Doug Ford, the premier of Ontario, announced that the province would soon stop requiring people to show proof of vaccination to enter indoor spaces — though he insisted the change was not a concession to the demonstrators.

Context: Trudeau has come under criticism for not being proactive enough and for allowing the demonstrators to temporarily blockade a vital border crossing and turn the streets of Ottawa into an unruly mess.

Public response: Canadians do not appear to support the protesters’ demands for an end to pandemic restrictions. Nearly 45 percent of Canadians said in a poll that the protests had made them more inclined to support indoor masking and vaccination requirements to cross the border.

Kamila Valieva, the 15-year-old Russian figure skating star who tested positive for a banned drug, will be allowed to continue competing at the Beijing Olympics this week, but officials said they would withhold her medals until her case was resolved.

Valieva was widely seen as a favorite to win the women’s singles event that begins today until it was revealed that she had failed a doping test. Now, the Olympic committee’s extraordinary decision to allow Valieva to continue competing will cast a shadow over one of the Games’ premier events until her case is resolved — which could take months.

The ruling could have a lasting impact. Russia was barred from officially participating in the last three Olympics after it was revealed that it had conducted a state-sponsored doping scheme.

India produces half of the world’s organic cotton, a significant increase from just a year ago. However, much of this growth is fake, say Indians who source, process and grow organic cotton. At the heart of the problem is a certification system rife with opportunities for fraud — a game of “smoke and mirrors” in which nearly the entire supply chain is implicated.

Lives Lived: Ivan Reitman, the director of “Ghostbusters,” whose movies imprinted their antics on the funny bones of a generation of filmgoers, died at 75.

The southern Indian Ocean is swirling with storms, creating cyclones that have battered islands and Africa’s southeast coast and brought heavy rains far inland. Madagascar has been hardest hit this year, suffering two major storms in less than a month.

Tropical Storm Ana brought heavy rain and flooding in late January, leaving more than 70 people dead across Madagascar, Mozambique and landlocked Malawi. Most of the dead were in the Madagascan capital city Antananarivo, a high-lying, inland city unaccustomed to dealing with cyclones.

Then, on Friday, Cyclone Batsirai brought winds at speeds that ripped roofs off buildings, folding corrugated iron and twisting it into trees. At least 120 people were killed as the cyclone crossed from east to west of Madagascar.

Over the weekend, while meteorologists kept an eye on Cliff, a tropical storm that eventually bypassed the island, Tropical Storm Dumako was forming off the coast of Madagascar. Dumako is expected to make landfall today, bringing with it heavy rain.

In recent years, the links between storms and climate change have become more apparent. Research suggests that cyclones and hurricanes are becoming wetter because warm air holds more moisture. And, powerful storms are occurring more frequently because warmer oceans provide more energy to fuel them. Scientists think that trend will persist as global warming continues.

“It can be expected that, with the expected rise in sea-surface temperatures, tropical cyclones can become more intense and be sustained for longer periods,” said Andries Kruger, chief scientist at the South African Weather Service.

The number of storms overall, though, could drop as a result of global warming. That’s because factors like stronger wind shear could keep some storms from forming. 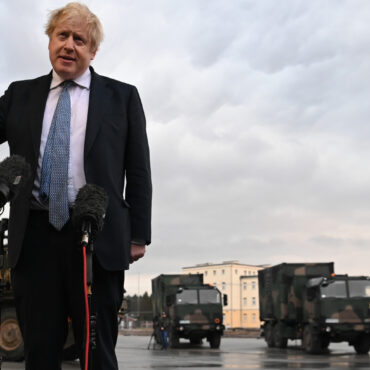 Crucial window remains for diplomacy and Russia to step back

That's according to Boris Johnson and Joe Biden A “crucial window for diplomacy and for Russia to step back from its threats towards Ukraine” remains, Boris Johnson and Joe Biden have said. The two leaders agreed during a call on Monday evening that western allies should stay “united in the face of Russian threats”, and will keep in close contact as the situation develops, according to a No 10 spokesperson. […]