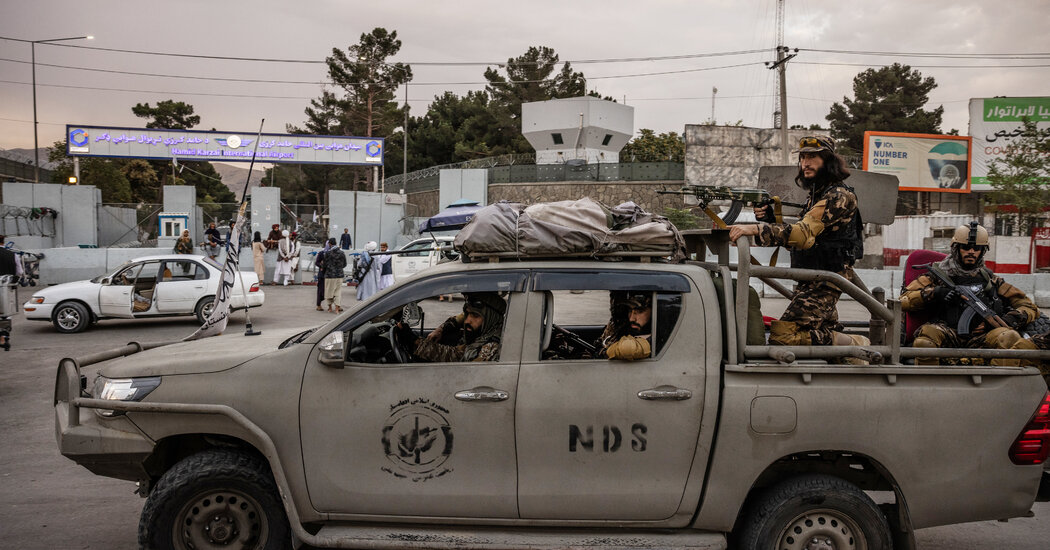 We’re covering the U.S. military’s exit from Afghanistan and the wreckage from Hurricane Ida.

The last U.S. troops have left the airport in Kabul, signifying the end of a two-decade fight and the beginning of a Taliban-controlled chapter for the country, U.S. military officials said.

Evacuation flights ended today, a day ahead of schedule, and the military then packed equipment and personnel onto transport planes. Control of the airport was left in the hands of the Taliban, who said they were still working on the shape of the new government.

Earlier in the day, the U.S. military shot down rockets aimed at the airport. About 116,000 evacuations took place in the past two weeks, the White House said.

A few hundred people were waiting outside the airport perimeter, but they were kept at a significant distance by Taliban fighters guarding the area. A few planes — mostly C-17s, large military transport aircraft — took off and turned west into the setting sun.

Get used to coronavirus shortages

Pandemic-related product shortages were supposed to be temporary. Instead, the increasingly interconnected world is still feeling the ripple effects of disruption.

A shipping container that cannot be unloaded in Los Angeles because too many dock workers are in quarantine cannot be loaded with soybeans in Iowa, leaving buyers in Indonesia waiting, and potentially triggering a shortage of animal feed in Southeast Asia.

Factories around the world are limiting operations, despite powerful demand, because they cannot buy metal parts, plastics and other crucial inputs and raw materials. Earlier this month, Toyota announced it would slash its global production of cars by 40 percent because of a shortage of computer chips.

Central banks weighing concerns about inflation rates have not been able to answer a key question: How long will the delays last? “There is a genuine uncertainty here,” said one economist. Normalcy might be “another year or two” away, he added.

Here are the latest pandemic updates and maps.

Search-and-rescue teams fanned across Southeast Louisiana after Hurricane Ida pummeled the area, 16 years to the day after Katrina hit.

Much of New Orleans remained without electricity after all eight transmission lines that delivered power to the city were knocked out. Some power outages may last weeks.

Buildings were razed in some areas, and at least one person died. Some places were cut off from rescue teams because of flooded roads or downed power lines.

But a $14.5 billion system of levees, barriers and pumps that protect New Orleans appeared to have held firm, passing the most severe test since being expanded and hardened after Hurricane Katrina.

These photos show scenes of damage from Hurricane Ida.

It took international collaboration and multiple failed attempts for two Afghan Paralympians to make it to the Tokyo Games. Here’s how they did it, and what might come next.

TikTok stars on a bigger screen

For 14 years, the Kardashians ruled the genre of reality shows documenting famous families. When their program ended this summer, it left a gap in the TV landscape — one that the D’Amelios, TikTok’s most famous family, want to fill with an upcoming documentary series on Hulu.

Charli D’Amelio, 17, is the most popular person on TikTok, with 123 million followers. She’s sold signature drinks at Dunkin’ and has appeared in Super Bowl commercials. Her sister Dixie, 20, and their parents also have large followings.

Sara Reddy, the showrunner, who had previously worked on “Toddlers and Tiaras,” said she wasn’t familiar with the D’Amelios when she was first pitched them as subjects. “I’m not a teenager,” she told The Times. “I really found it easy to roll my eyes at social media during Covid. Then I dug in, and what really struck me was I felt like the family was a living social experiment.” She added, “I came into their life right as fame was changing for them.”

That’s it for today’s briefing. See you next time. — Melina

The latest episode of “The Daily” is about the recall election in California.

Sanam Yar wrote the Arts and Ideas section. You can reach Melina and the team at briefing@nytimes.com. 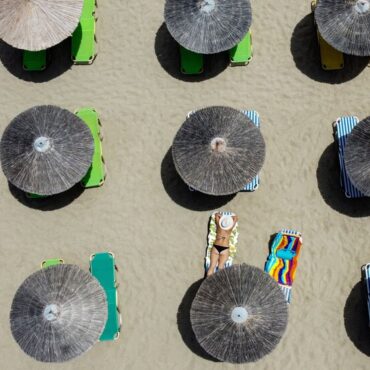 BRUSSELS — Back in June, the European Union urged its member countries to reopen their borders to travelers from the United States, hoping to give a boost to the continent’s ailing tourism sector in the crucial summer season.It worked. American tourists flocked to the beaches of Spain and Greece, the countryside of Italy and the streets of Amsterdam and Paris.But on Monday, the European Union proposed new travel restrictions for […]