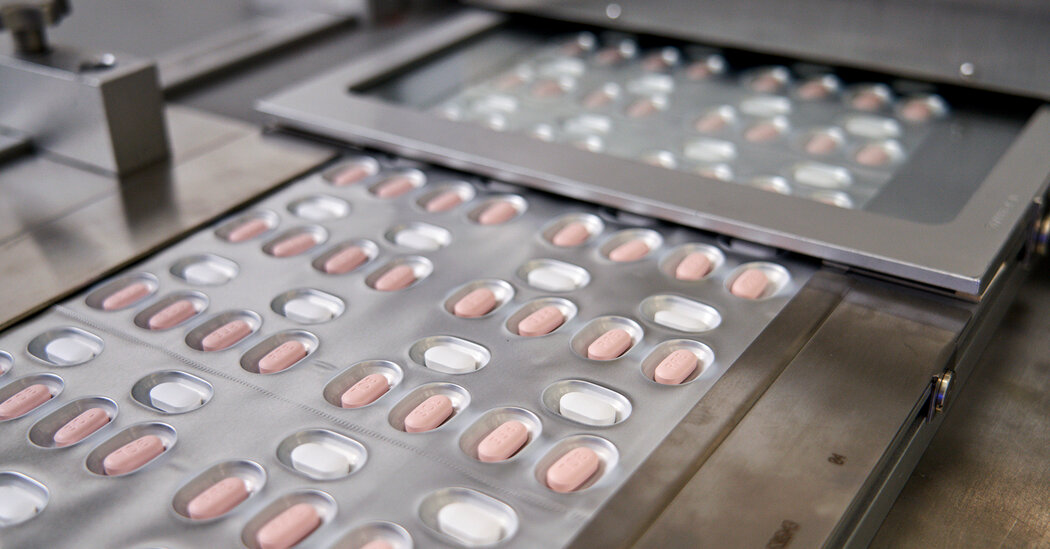 A highly anticipated study of Pfizer’s Covid pill confirmed that it helps stave off severe disease, the company said. The pill also performed well against the highly mutated Omicron variant.

Last month, Pfizer asked U.S. regulators to authorize the pill, known as Paxlovid, based on a preliminary batch of data. The new results will strengthen the company’s application, which means that Americans could have access to the pill within weeks.

The company’s chief scientific officer said Pfizer would have 180,000 courses of treatment ready in the U.S. if Paxlovid is authorized soon and that it planned to make 80 million courses available worldwide in 2022.

Details: Pfizer said that Paxlovid reduced the risk of hospitalization and death by 89 percent if given within three days of the onset of symptoms. If given within five days, the risk was reduced by 88 percent.

The British government estimates that 200,000 people a day are being infected with the Omicron variant. Yet in Parliament on Tuesday, a record 100 Conservative lawmakers voted against Prime Minister Boris Johnson’s proposal for a vaccine certificate to enter nightclubs and certain other venues.

The measure passed with the help of votes from the opposition, as did several other related Covid policies. But the divide was a rebuke of their leader at a time when Johnson has called for a national campaign to prevent Omicron from swamping the country.

Officials are mobilizing a national vaccine booster campaign, but many Conservatives said they did not want to undermine liberties by bringing back restrictions and cited Britons’ pandemic fatigue.

The party rebellion comes in the wake of disclosures that officials held a Christmas party last December when the public was instructed to stay home and avoid gatherings.

The measures: As of Wednesday, large indoor venues and some sporting events must require proof of vaccination or a coronavirus test. Johnson said boosters would eventually be required, too. Face masks will be required, and health workers must be vaccinated.

Travel rules: The government removed Botswana, South Africa and nine other African countries from its “red list,” which requires travelers to quarantine in a hotel after they arrive in Britain.

The influencers spreading a pro-China message

A crop of new social media personalities is painting cheery portraits of life as a foreigner in China. These influencers also hit back at criticisms of Beijing’s authoritarianism, its policies toward ethnic minorities and its handling of the coronavirus.

State news and local governments have funded the influencers’ travel, and China generates lucrative traffic for them by sharing their videos with millions of followers on YouTube, Twitter and Facebook.

The creators can visit and film in parts of China where the authorities have barred foreign journalists. In videos, influencers are pictured on visits to Xinjiang, for example, where there are allegations of forced labor.

What influencers say: Most of the YouTubers have lived in China for years and say their aim is to counter the West’s negative perceptions of the country. They decide what goes into their videos, they say, not the Communist Party. Sympathetic foreign voices are part of Beijing’s efforts to shape the world conversation about China.

From our Opinion team: Climate change postcards show the devastation in 193 countries. Tornadoes, wildfires, heat so intense it can cause organ failure — all are made worse or more frequent by global warming.

The Times reporter Stephanie Nolen was in Johannesburg to report on Covid when scientists announced the discovery of Omicron. As she boarded a plane to fly home, global travel descended into chaos and panic. Here’s an edited excerpt from her story.

My firsthand journey through Covid response measures has shown me that, two years into this, we have yet to learn how to anticipate how both viruses and people will behave, or how to plan accordingly.

When my plane touched down in Amsterdam, a flight attendant informed us that passengers would need to be tested for Covid. Five hours later, we were still on the tarmac, the plane sealed up tight, with more and more travelers shedding their masks.

We were eventually bused into an unused departure area, and over the course of three hours, given Covid tests.

I couldn’t understand how 18 passengers on the two South African flights had tested positive when we’d had to show a negative test to board the flight. But then I learned, while I was in airport lockup, that preflight testing requirements are set by the country of destination.

The discovery of Omicron showed how well the sophisticated scientific response to the pandemic is working. But everything that I saw in the days since then makes clear we still haven’t mastered the messy, human steps at all — and they may matter even more. 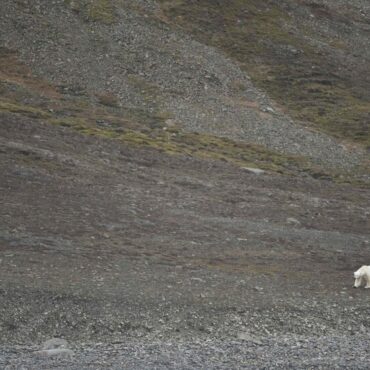 Across the icy dome that crowns the Earth, rising temperatures are turning the tundra greener and more lush. Beavers are expanding their range. Garbage from passing ships is fouling the shores. Wildfires are scorching the once permanently frozen lands of Siberia.Such is the picture that scientists painted in their latest assessment of the Arctic, which is heating up more than twice as quickly as the rest of the globe. This […]