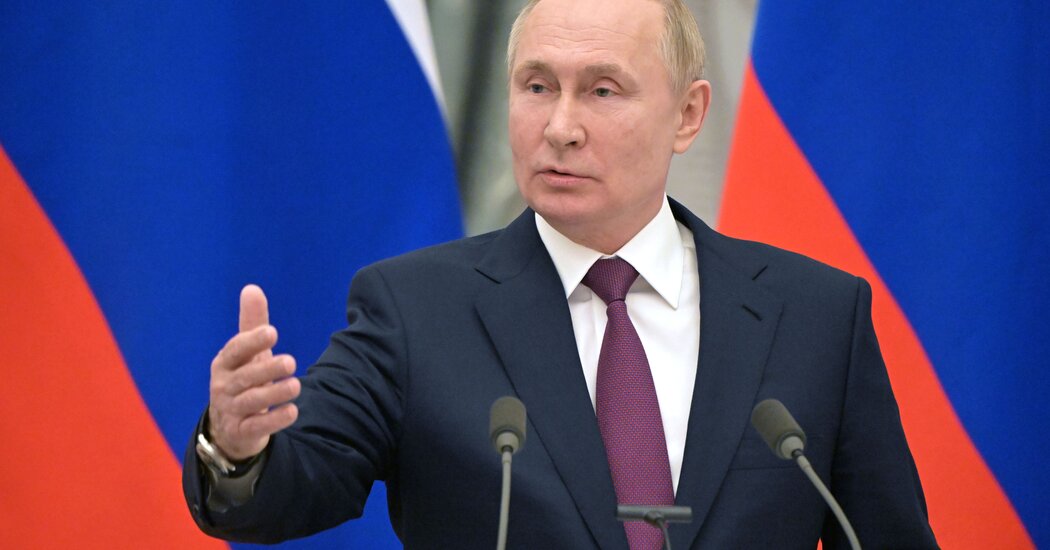 Putin says some Russian troops are pulling back

President Vladimir Putin of Russia said that Russia had decided “to partially pull back troops,” a sign that Moscow might be stepping away from the threat of an invasion.

But the announcement was far from enough to suggest that the possibility of war had passed. President Biden said in a speech that Russian forces remain “very much in a threatening position” and that “an invasion remains distinctly possible.”

Earlier in the day, after a meeting with Olaf Scholz, the German chancellor, Putin said Russia would keep pushing for its central demands: less NATO presence in Eastern Europe and a guarantee that Ukraine never join.

It could not be determined how many troops were being pulled back, and the Russian military said that exercises in Belarus and in the Black Sea would continue. NATO’s secretary general, Jens Stoltenberg, said that members of the alliance “have not seen any sign of de-escalation.”

The chief of police who led the effort to end the trucker protests that have stalled traffic in Ottawa resigned on Tuesday after critics called his response delayed and inadequate.

The resignation came less than 24 hours after Prime Minister Justin Trudeau took the rare step of declaring a national public order emergency, the first time a Canadian government has taken such action in half a century and his most aggressive response since the crisis began.

The Emergencies Act confers enormous temporary powers on the federal government, allowing it to do what is necessary to restore public order, including banning public assemblies and restricting travel. Trudeau stressed repeatedly that the act would not be used to suspend fundamental rights.

Before the resignation of the chief, Peter Sloly, the police and Trudeau had come under fire for failing to end the protests, which had snarled traffic, disrupted daily life and undermined the local economy.

Identity: The unrest seems to be a rebuff to the image — imposed from abroad and held by many Canadians themselves — of Canadians as moderate, rule-following and levelheaded. Roughly half of the money raised for the convoy has come from Canada.

When China won the right to host the 2022 Winter Olympics seven years ago, its leader, Xi Jinping, promised to cultivate hundreds of millions of winter sports enthusiasts by the time of the Games, despite the fact that large parts of the country never get snow.

By all accounts, he has largely succeeded. Ski resorts and ice rinks mushroomed around the country, companies specializing in après-ski entertainment bloomed and the western Qinghai Province became an unlikely center for curling. Now, China is aiming to have a $157 billion snow sports market by 2025.

It remains unclear if the enthusiasm for winter sports will continue after the Games. Some ice rinks have fallen into disrepair, and smaller ski resorts have closed down. But experts say consolidation is to be expected.

Related: Two women have dominated Chinese social media during the Olympics: One is the 18-year-old skiing star Eileen Gu; the other is a mother of eight who was found chained by her neck to the wall of a doorless shack. They tell the story of the Chinese state, our New New World columnist writes.

In other Olympic news:

The Times’s Kim Severson visited a food-technology company in California that grows chicken from animal stem cells. The meat, she writes, “had less chew but much more flavor than a typical grocery-store breast.”

Supporters say cell-based meat — which begins with animal stem cells and feeds on a complex broth of nutrients — could lessen the environmental impact of industrial meat production and reduce animal suffering. Meat companies, government agencies and investors like Bill Gates see cell-based meat as a way to expand alternative meat production. Critics caution that the environmental benefits are unproven, and that the scientific process to create the meat could introduce allergens.

Either way, engineered chicken is a long way from hitting the grocery store: Only a few hundred people in the world have purchased cellular meat, all of them in Singapore, the first nation to approve it. 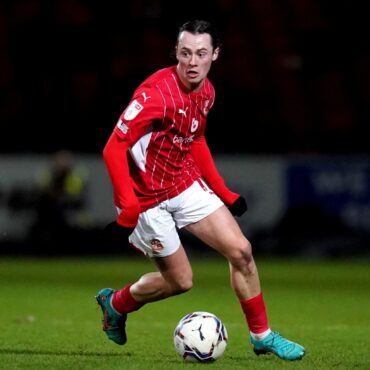 Swindon Town are searching for a six-year-old fan who said he could not afford to attend matches but sent 26p to the club’s star player. The fan, named Joe, wrote to the club saying he could not attend games because his mum “has no money for food”. But he taped a 20p, 5p and 1p coin to the scrap of paper, which he asked to be given to forward Harry […]